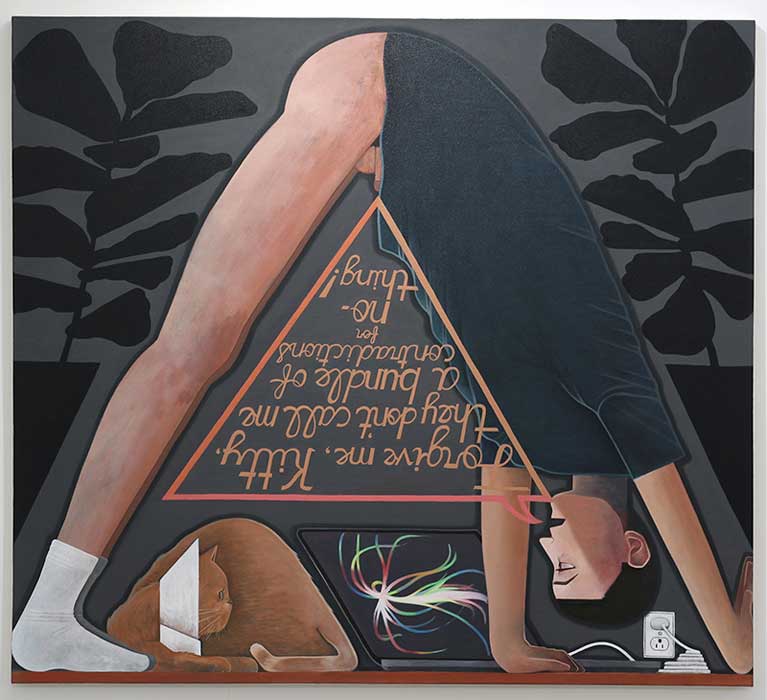 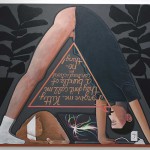 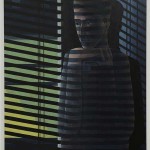 In this body of work, Stamm draws from an idiosyncratic and wide-ranging pool of source material and aesthetics, from inspirational posters, “wellness” culture to art deco illustration and ukiyo-e, to transform common gestures and quotidian scenarios into mysterious depictions of the everyday.

Pouring a jug of water, ringing a doorbell, combing hair or just simply stretching one’s body, the figures in Stamm’s paintings strain under severe geometrical compositions, contorting themselves both to fit into the rectangle of the canvas and to perform the inscrutable narratives they are tasked to represent. Their poses casually telegraph the considerable effort they exert – physically, existentially, emotionally – to express their own desires and to align meaningfully with the allegorical world they inhabit.

Michael Stamm (b. 1983, Illinois), currently lives and works in Brooklyn. He is slated to receive his MFA from NYU in 2016, and has a MA from Columbia University in English Literature and BA from Wesleyan University. He has exhibited at Regina Rex and Interstate Projects in New York and at the Lincoln Park Cultural Center in Chicago, among other spaces.