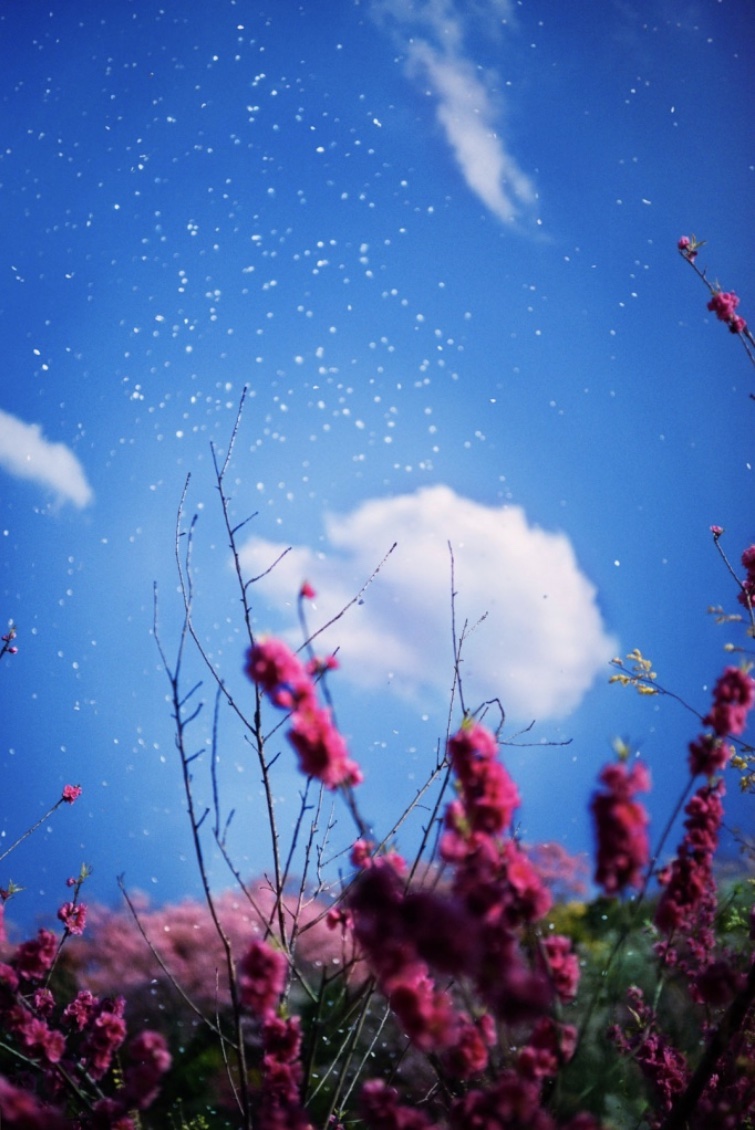 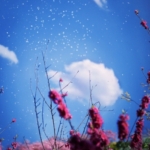 Tomio Koyama Gallery is pleased to present Mika Ninagawa’s solo exhibition, “Flowers, Shimmering Light.” The show will be held concurrently with the exhibition “Mika Ninagawa: A Garden of Flickering Lights” at Tokyo Metropolitan Teien Art Museum (June 25~), and will feature a selection of Ninagawa’s latest photographs and videos of flowers throughout the seasons that were shot in various parts of Japan since 2021 in the midst of the pandemic.

Recognized as one of contemporary Japans’ preeminent photographers, Mika Ninagawa engages in a diverse range of creative endeavors that encompasses a variety of fields such as film, design and fashion. She has continued to lead the times as an unparalleled creator through her unique style that is rich with intensely vivid colors and an air of dynamism.

The works presented on this occasion illustrate a new frontier for the artist that extends beyond vibrancy and glamor, overflowing with light and characterized by their soft and subdued colors.

Ninagawa’s photographs thus far have combined various realms of fiction such as recollections, dreams, and fantasy with multilayered imagery. The works presented in this exhibition however, have been photographed from a different and contrasting approach that centers on notions of “present and future.” The light enveloping the flowers is captured amidst the resonance between the scenery that extends beyond and fluctuating of emotions.

In the works featuring neon tubes, Ninagawa serves to emphasize the images she depicts through means of overlaying linguistic expression upon her photographs of light infused flora. The coalescence of natural light captured in the photographs and the artificial light from the neon tubes also appears to draw ties to the harmony between nature and the lives of people.

In this exhibition, viewers are also invited to experience the artist’s video works within an all-surrounding cubic space. Footage is screened on the floor and back end of the gallery though LED displays, while also being projected onto the walls and ceiling. Viewers may sit within this space reminiscent of a tearoom and share this immersive video experience with others, and can also gaze upon this scene from a distance. The films “Seasons: Flight of Butterflies,” “An eternity in a moment,” and “Flashing before our eyes” will be presented on this occasion.

The future indeed harbors an element of indeterminate fiction. At same time however, such fiction can be opened up in various ways in terms of the will and intent at which one arrives at it. In an era of diastrophism in which we find existing values subjected to change and fluctuation, what we cherish in life has become an increasingly pivotal question. The shimmering, evanescent light that Ninagawa depicts will undoubtedly pave the path towards important approaches for illuminating our times to come.

Mika Ninagawa has been awarded numerous photography awards, such as the Kimura Ihei Award. She has directed a number of video works including the films “Sakuran” (2007), “Helter Skelter” (2012), “Diner”(2019) and “No Longer Human”(2019). Currently her original drama for Netflix, “Followers” is released in 190 countries worldwide. In 2008, her solo exhibition “Mika Ninagawa: Earthly Flowers, Heavenly Colors” toured several museums throughout Japan, attracting a total of 180,000 visitors.

In 2010, Ninagawa published a monograph by Rizzoli N.Y. In 2012, Ninagawa won the Silver Prize at the Shindo Kaneto Awards with “Helter Skelter”. She held extensive solo exhibitions mainly in Asian cities such as Taipei and Shanghai where they gathered the greatest number of visitors in their history. Her solo exhibition “Into Fiction/Reality Mika Ninagawa” started its tour from Contemporary Art Museum Kumamoto in 2018 and will travel until 2021 throughout museums in Japan.