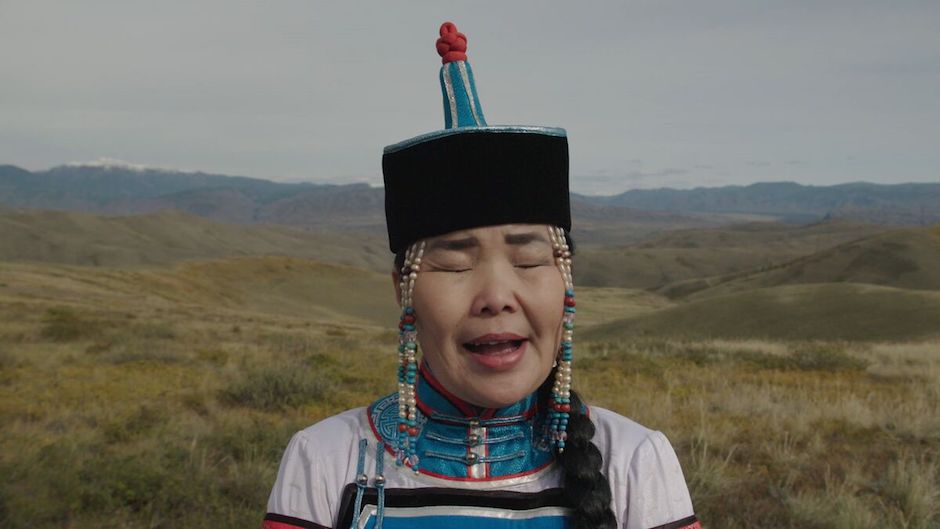 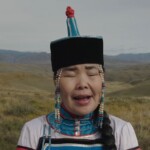 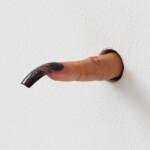 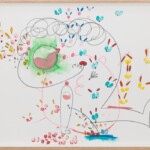 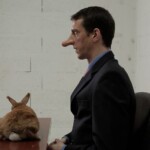 Considered one of the most significant figures working in the video medium today, Argentina-born and New York-based artist Mika Rottenberg is devoted to a rigorous practice that combines film, installation, and sculpture. Exploring ideas of labour and the production of value in our contemporary hyper-capitalist world, Rottenberg shrewdly blends factual documentation and studio-built fiction to reveal the hidden dynamism of everyday systems and economies. For the artist’s first exhibition at Hauser & Wirth, Rottenberg’s most recent and acclaimed video work, ‘Spaghetti Blockchain’ (2019), which debuted at New Museum in New York, will be on view at the Zurich gallery. In addition, Rottenberg will show for the first time three kinetic sculptures and new drawings made in the last year, which will be shown alongside video work ‘Sneeze’ (2012) and mechanical sculptures ‘Finger’ (2019) and ‘Ponytail (Gray)’ (2019). The exhibition precedes Rottenberg’s major upcoming solo exhibition opening 7 October at the Louisiana Museum of Modern Art in Humlebaek, Denmark, which will premiere the artist’s first feature-length film titled ‘Remote’ (2021), created with Mahyad Tousi.

Using traditions of both cinema and sculpture, Rottenberg seeks out locations around the world where specific systems of production and commerce are in place, from a potato farm in Maine using the latest picking technologies to the Large Hadron Collider in Geneva, the world’s highest-energy particle collider. ‘Spaghetti Blockchain’ examines how humans manipulate and comprise matter and their relationship with the material world. ‘I am interested in these human-made systems’, Rottenberg comments, ‘where the starting point is to have no clue what is really going on and to try to impose a certain logic on things, and the madness of that.’

The title refers to blockchain technology, which allows for data to be governed by its own perpetual movement within a cluster of computers, not owned or controlled by a single entity. Like a blockchain, Rottenberg merges images and sounds to create fast-shifting connections between a diverse range of sources that weave into themselves with no resolution. Within the rotating hexagonal corridor, reminiscent of the Hadron Collider, the scenes vacillate between the depictions of Tuvan throat singers, a monolithic potato harvesting machine, antiproton beams in the CERN antimatter factory, and saturated, ASMR sounds of melting, slapping, sizzling, and so on. These ‘bodies of sound’ are woven together by Rottenberg who creates visual similarities out of these disparate elements. Tuvan throat singers, seen performing against the Siberian landscape, provide a continuous song that seems to drive the rhythm and action of the video. By disorienting audiences and simulating tactile feelings, Rottenberg never fully completes the connections, giving way to a plethora of interpretations.

A core part of the exhibition is a selection of new drawings that the artist created over the course of 2020. Replete with a unique visual language – couplings of fingerprints, human limbs, palm trees – these drawings track the artist’s icons in a narrative fashion where they exponentially reproduce and ultimately vanish, evoking diagrams of chain reactions and biological systems. At once whimsical and abject, the gestural application of graphite and paint coalesce in these drawings, connecting the artist’s body to the two-dimensional work. To the artist, the body is its own kind of producer, making hair and nails, but also marks on a piece of paper. Exploring larger themes such as labour in relation to the corporeal and the mechanical, the drawings illustrate the ideas that Rottenberg also organises and deconstructs through her video works, installations, and sculptures.

The exhibition reveals the artist’s new kinetic sculptures, which require visitor participation to put them in motion. Rottenberg invites the viewer to turn cranks and pedal wheels, which are placed a few feet away from the groupings of objects that animate as a result of the movement. With these sculptures, Rottenberg explores the physical (and metaphorical) distance between human labour and mechanical production, pointing to the futility of emoting energy to create a sense of control that results in something as irreverent and fruitless as a twirling pom-pom. ‘I think in my work I try to give shape to the way things are made and consumed, which has become so vast as to become unimaginable. If we actually comprehended the insanity of it, I think people would probably behave differently.’ Rottenberg’s new kinetic sculptures will have their institutional premiere at the Louisiana Museum of Modern Art in October.