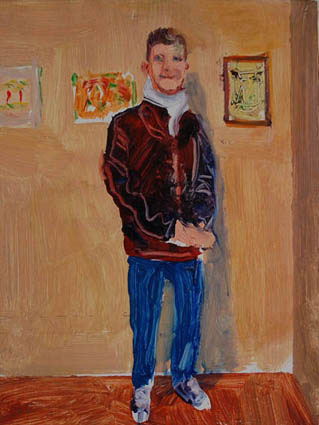 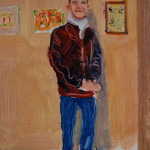 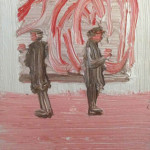 ‘A picture is a secret about a secret, the more it tells you the less you know.’ (Diane Arbus)

This doubling interaction between observer, viewer and viewed becomes an ambiguous statement on the nature of the public act of looking at pictures and the private one of making them.

For “30/30” both Bartlett and Marra have travelled around London attending exhibitions and recording their observations each with their own distinctive painting styles. Marra paints in a tonal reflective manner, applying paint with textural approximations, to bring the pigment as well as the subject matter to life. Bartlett paints in a more loosely expressive style with richly coloured layers and a flatter surface.

Behind the everyday ‘going to see a show’ which all artists do, these two painters have found a conceptual impetus for using this ‘going’ as the spur on for back-in-the-studio image-making.