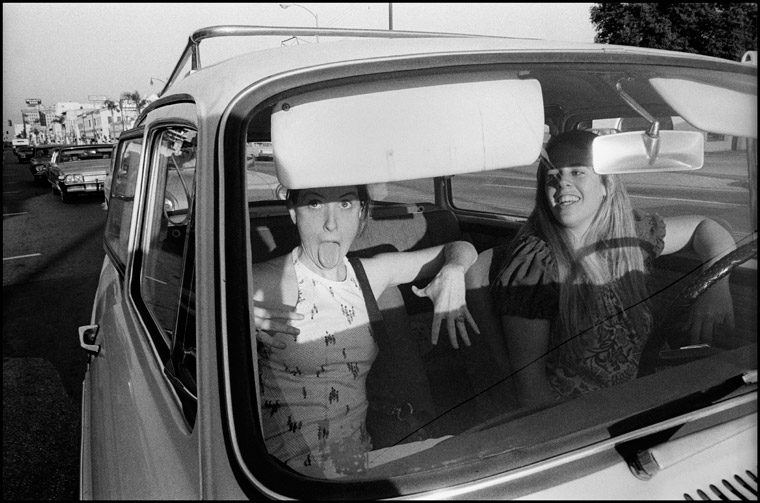 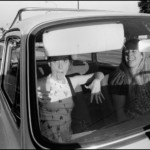 Robert Mann Gallery is pleased to present “Mike Mandel: Good 70’s”, the artist’s first solo show with the gallery. The exhibition, which is rife with nostalgia, will feature works from many of Mandel’s cutting edge series including “Myself: Timed Exposures”, “People in Cars”, “The Baseball-Photographer Trading Cards”, “Making Good Time” and “Evidence”, one of the many collaborations done with artist Larry Sultan.

Mike Mandel was greatly influenced by his childhood in the San Fernando Valley, which at the time was undergoing a major transformation into a commercial landscape. Living in a place that seemingly produced a new strip mall, billboard or stretch of freeway every week, Mandel was immersed in a society that was bombarded with imagery. Thus, Mandel’s work is largely informed by the pervading question: what is the meaning of photographic imagery within popular culture?

Seeking an answer to this question, Mandel looked to infuse meaning back into imagery through the appropriation of commercially successful ventures, such as billboards and baseball trading cards, transforming them into an artistic medium. Many of these projects were undertaken in collaboration with Larry Sultan, a relationship that would span over 25 years. Their book “Evidence”, 1977, was recently ranked second on a list of the Greatest 150 Photobooks. In the upcoming months the San Francisco Museum of Modern Art will exhibit retrospectives of both Larry Sultan and Mike Mandel’s work.

During his time at California State University, Northridge (formerly San Fernando Valley State College), Mandel found himself in a vast community of photographers. With mentors including Ed Sievers, Todd Walker and Robert Heinecken who supported experimentation within the medium, Mandel created his earliest series: “People in Cars and Myself: Timed Exposures”. For the oeuvre of Mike Mandel, these early bodies of work established his direction as a photographer by demonstrating two significant characteristics: the redefinition of the relationship between photographer and subject and the power of documentary. With this foundation Mandel has gone on to produce innovative bodies of work including “Evidence”, “The Baseball-Photographer Trading Cards”, “The Seven Never Before Published Portraits of Edward Weston”.

Mike Mandel was born in 1950 in Los Angeles, California. He is the recipient of a Fulbright Fellowship (1997), MacDowell Fellowship (2002) and four fellowships from the National Endowment for the Arts. The SFMoMA will be exhibiting a retrospective of his work from May 20 – August 20, 2017. He has self-published nine photo-based books since the early 70’s, including “Myself: Timed Exposures”, 1971; “Seven Never Before Published Portraits of Edward Weston”, 1974; the “Baseball-Photographer Trading Cards”, 1975; and “Making Good Time”, 1989. Mike Mandel lives in Massachusetts and works extensively on public art projects.