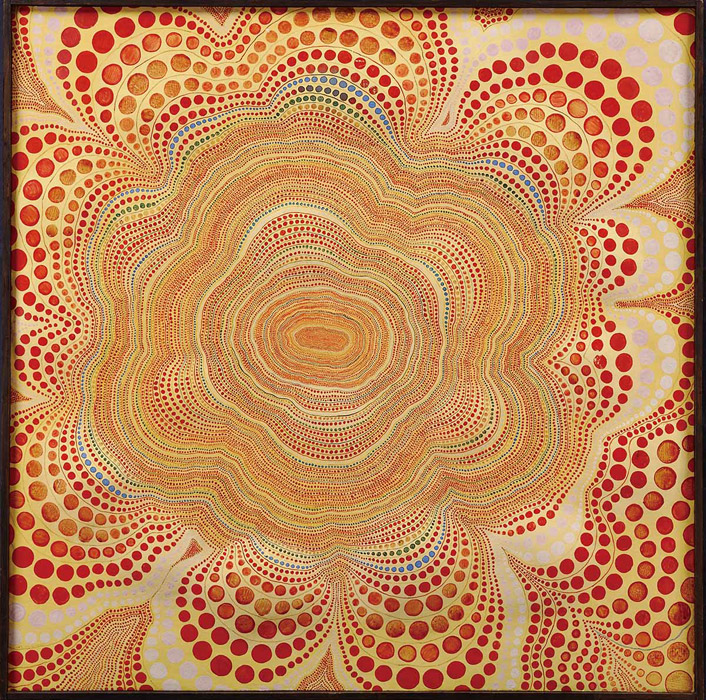 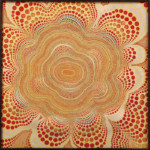 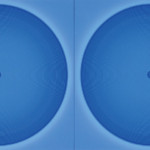 Taka Ishii Gallery New York is pleased to present a solo exhibition of works by Minoru Onoda. This is the artist’s first solo show in New York. Featuring twelve works that span from his early career in the 1960s to the late 1990s, the exhibition offers an overview of Onoda’s creative practice, which lasted for five decades.

“What I expect from new members are humility and recalcitrance equal to that of their seniors, who, by deliberately avoiding their predecessors’ failures, proudly displayed otherworldly works in the past Gutai exhibitions. I am still surprised by the melting pot of the Gutai Group and its mysterious production of unexpected offspring.” (Jiro Yoshihara, Gutai no. 14, 1965)

Onoda’s paintings of the 1960s are composed of numerous variously colored and sized dots. Painted on a plywood support with a base mixed of gofun and glue, these works have an organic, undulating surface. Onoda covered the surfaces of these works, which he called “paintings of proliferation,” with dots to objectify this period of rapid economic growth when industrial parts such as vacuum tubes were mass-produced. His paintings became increasingly abstract, and in his works of 1970s, the dots are concentrated inside a circle placed centrally in a square canvas. By limiting the form to the universal shape of a circle, Onoda prevented any interference by chance and imagination as if to eradicate conceptual factors from his pictures.

Minoru Onoda (1937 – 2008) was born in Manchuria, Northeast China. Onoda’s family moved to Himeji in the western region of Japan before the outbreak of World War II, where he continued to live and work as painter. In 1965 he was invited to join Gutai through introduction from group member Sadamasa Motonaga. He participated in group exhibitions including “Gutai: Splendid Playground”, the Guggenheim Museum (2013); “GUTAI, The Spirit of an Era”, The National Art Center, Tokyo (2012); “Gutai, 1954 – 1972”, the Hyogo Prefectural Museum of Art (2004); “1964: A Turning Point in Japanese Art”, the Museum of Contemporary Art Tokyo (1996); “The Gutai Group Osaka Japan”, Experiment Studio Rotterdam (1967); “New Generation of Contemporary Art”, The National Museum of Modern Art, Kyoto Annex; and “The 16th Gutai Art Exhibition”, the Keio Department Store, Tokyo (both 1965). His solo exhibition “Onoda’s World” was organized by the Himeji City Museum of Art in 2004.

This exhibition is held in collaboration with Anne-Mosseri Marlio Galerie, Basel.