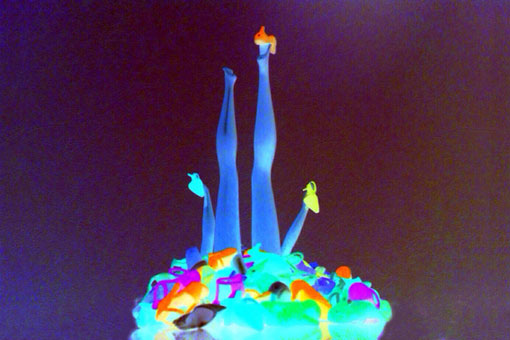 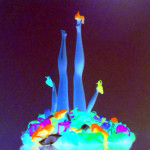 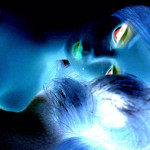 Base Gallery is pleased to present “That’s Not Enough”, a solo exhibition of new works by Miwako Iga.

Ever since she was awarded the New Cosmos of Photography Prize in 1999, Iga has been consistently using toys, especially dolls as main subjects to perform a wide variety of expressions, including for her first private exhibition at Base Gallery in 2007. Once taken with the camera, dolls have no choice but to reveal their posture forever, and they never extend their body temperature to viewers. However, Iga has realized that it is in such helplessness, something insufficient that everything for expression lies. Living must be managing to withstand the accumulation of never fulfilling days which are missing something slightly in part. If we are destined to pass the days which go contrary to our wishes, it can be said that various figures of clumsy dolls which can not manipulate their body freely are exactly what we are. That’s why this exhibition is entitled “That’s Not Enough”. This is the starting point of her expression, and it seems as if each work would murmur that phrase in a low voice.