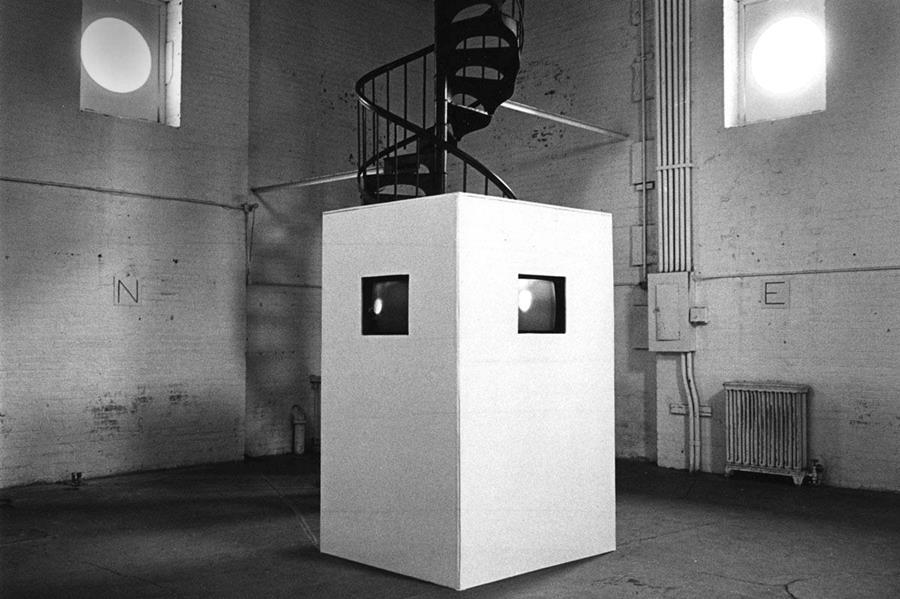 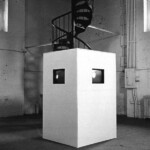 Parafin is delighted to announce an exhibition exploring Nancy Holt’s use of language in her ground-breaking work of the late 1960s and early 1970s. This is the gallery’s second exhibition of Holt’s work. It presents for the first time in the UK the major video installation “Points of View” (1974) and a selection of early concrete poems.

Nancy Holt (1938–2014) was a member of the Earth, Land, and Conceptual art movements and a pioneer of site-specific installation and moving image work. Throughout her artistic practice language and systems of perception were key concerns. Holt’s earliest artworks were concrete poems, and many of her film and video works focus on communication, interpretation and the subjectivity of language.

In the mid 1960s Nancy Holt worked as an assistant literary editor at the magazine Harper’s Bazaar, and in 1966 began creating concrete poems and text-based works of art. These important early works announce many themes that would preoccupy her: sight, site, systems, place and geography. In her 1972 journal she noted a fascination with making words “concrete through vision.” Holt treated words as discrete entities to be deployed in spatial strategies that defy and confound conventional narrative meaning.

In the 1970s Holt’s interest in framing vision and making words material led her to explore the productive miscommunications that occur when information is imperfectly transferred from one medium to another. She addressed this in early 1970s video works, such as “Zeroing In” (1973) and her collaborations with Richard Serra and Charlemagne Palestine, “Boomerang” and “Match Match their Courage” (1974). The four screen video installation “Points of View” (1974) exemplifies this experiment, revealing — as she notes in her journal — “the wonder of place through verbal description.”

“Points of View” was made for the Clocktower Gallery in New York. Each of the four monitors is set to the circular windows of this iconic New York exhibition space, which look out to cardinal axes of the compass. The screens show four views of Lower Manhattan seen from each window accompanied by individual soundtracks of dialogues that, literally and conceptually, demonstrate different points of view. In the pairings Lucy Lippard talks with Richard Serra, Liza Béar with Klaus Kertess, Carl Andre with Ruth Kligman and Bruce Boice with Tina Girouard about what can be seen through respectively the north, south, east and west windows. As suggested by the title, “Points of View” underlines the subjectivity and fallibility of observation and communication. This process is expanded through time and space as we watch and hear these descriptions from Holt’s artist and writer friends in a different city some forty-six years later.

Alongside the concrete poems and “Points of View”, Parafin presents a group of photoworks addressing Holt’s use of words. “Wistman’s Wood” (1969) shows the site the first of Holt’s “Buried Poems”, artworks dedicated to specific individuals. This one was made for Robert Smithson (1938–73) in Dartmoor. “California Sun Signs” (1972) comprises a series of photographs documenting the many signs incorporating the word ‘sun’ that Holt drove past as she travelled through California in 1972 to the Mojave Desert. “California Sun Signs” is both a conceptual project and a photographic document that speaks to the culture of the land through which she is travelling. Given her preoccupation with the sun in landmark works such as “Sun Tunnels” (1973–76), “Annual Ring” (1980–81), “Dark Star Park” (1979–84) and “Solar Rotary” (1995), Holt’s focus on the word ‘sun’ in this work is both playful and prescient.

In 2021 Holt’s work is the focus of an ambitious exhibition at Lismore Castle Arts in Ireland, and she will be the subject of a major retrospective at Bildmuseet, Sweden in 2022.