Naoki Ishikawa – Marebito: Wearing a spirit like a cloak 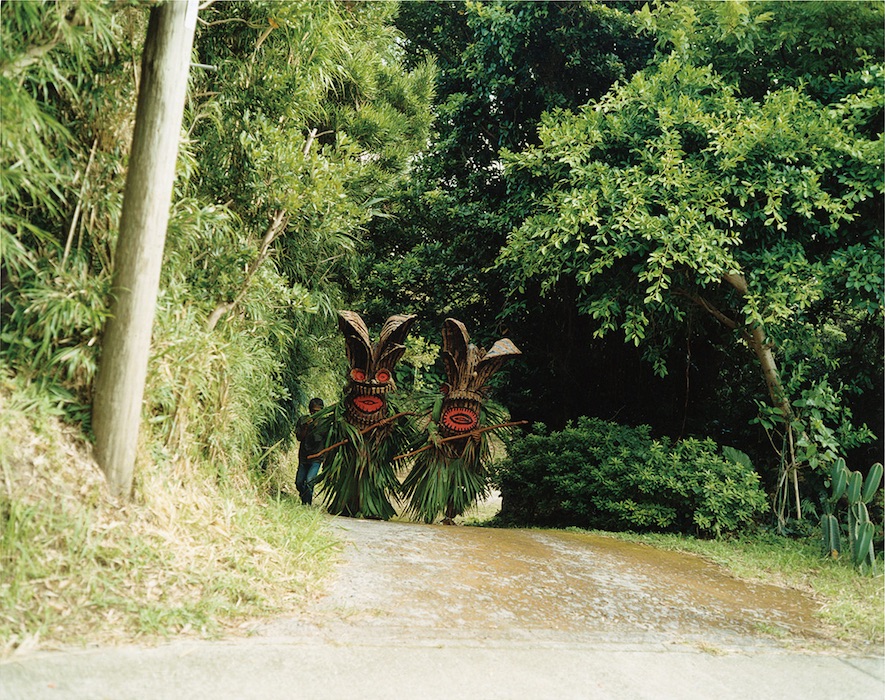 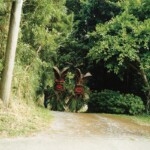 amanaTIGP is pleased to present an exhibition by Naoki Ishikawa entitled, “Marebito: Wearing a spirit like a cloak”. This exhibition will run concurrently with another exhibition by the same artist entitled “Momentum” at Taka Ishii Gallery (complex665). It will feature 18 works from the “Marebito” series that presents a record of Japanese Raiho-shin rituals (visits by deities from the otherworld).

In these rituals, people dress in masks and bizarre costumes to represent the deities, arousing feelings of awe as they visit people’s homes to ward off disasters and bad luck. They are carried out in various forms throughout the country. The folklorist, Shinobu Orikuchi (1887–1953), stated that not only had the custom of welcoming these Marebito been passed down among the people since ancient times but it can also be linked to the traditional customs of welcoming visitors. Carried out once a year, several of these Marebito rituals were added to UNESCO’s list of Intangible Cultural Heritage in 2018 under the heading of as “Raiho-shin, Ritual Visits of Deities in Masks and Costumes.”

With a guttural cry, an outlandish, supernatural being rises up from below the eaves of a house. The villagers do not reject it, but rather hold it in awe and offer it a warm reception. It is a unique sight, in which the normal and the supranormal intermingle. However, I feel that it also offers a glimpse of the traditional way in which the people inhabiting the Japanese archipelago have confronted “others” of alien appearance. Today, children are taught not to speak to strangers, but I believe that here we see completely different protocol for dealing with encounters.

Ishikawa is continually traveling the world and the photographs of the unique regional sights he observes along the way provide not only richly detailed records, but also stand by themselves as a unique form of expression. His activities have led him to travel the entire world, north to south, east to west, resulting in numerous series of work, such as “Pole to Pole,” in which he traveled from North Pole to South Pole; “NEW DIMENSION,” in which he made a record of prehistoric cave paintings; and “CORONA,” which he produced while touring the Polynesian islands. The series, “Marebito,” featured in this exhibition, took him throughout Japan, from Asanai Village, Akita Prefecture, in the north, to Hateruma Island, Okinawa Prefecture, in the south. Sometimes suffering from adverse weather, he spent over ten years traveling the country with his camera to create a record of these Raiho-shin rituals.

One of his images captures Ofunato City’s “Suneka” suddenly showing up at a local resident’s front door. As this picture implies, Ishikawa blends in with the local community, following the “deities” and documenting the entire ritual with his camera. These visitors from the otherworld that appear in his work represent primitive incarnations of “beings that differ from ourselves” and the diversity of the characteristics that comprise their external appearance reflects the rich imaginations of the people. Furthermore, Ishikawa’s photographs clearly capture the otherworldly atmosphere created by these “visiting deities.” The series starts by showing the serene scenery before the rituals begin, followed by images of the local men putting on masks, straw capes and wrapping themselves in vines to transform themselves into the “visiting deities,” then capturing the moment when the atmosphere is changed dramatically as they appear in everyday situations within the community. The photographs that comprise this exhibition invite the viewer to experience the unique state in which this world becomes intertwined with the otherworld. From climbing world’s highest peaks, to ethnological fieldwork, to his writing the text for books, Ishikawa’s wide-ranging activities provide him with a multilateral perspective, allowing him to highlight the origins of Japanese culture and the unique spiritual background that has been passed down through the generations.

Naoki Ishikawa was born in Tokyo in 1977 and completed a latter doctoral program at the Graduate School of Fine Arts, Tokyo University of the Arts. Interested in anthropology and ethnology, he has traveled widely, visiting every kind of environment, from urban to remote regions, creating outstanding works along the way. In 2008 he won the Newcomer’s Award from the Photographic Society of Japan and the Kodansha Publication Culture Award for Photography for his NEW DIMENSION (AKAAKA Art Publishing) and POLAR (Little More Co., Ltd.). In 2011 he received the Domon Ken Award for his CORONA (Seidosha) and in 2020 he received the Lifetime Achievement Award from the Photographic Society of Japan for his EVEREST (CCC Media House) and MAREBITO (Shogakukan Inc.). He has also written numerous books, including The Last Adventurer (Shueisha Inc.) for which he received the Kaiko Takeshi [Non-Fiction] Award. A large-scale solo exhibition, “Capturing the Map of Light on this Planet,” that opened at the Art Tower Mito, Ibaraki, in 2016 went on to travel to the Niigata City Art Museum; Ichihara Lakeside Museum; the Museum of Art, Kochi; the Kitakyushu Municipal Museum of Art, and the Tokyo Opera City Art Gallery. A photobook of the same name was also published. His latest publications include STREETS ARE MINE (Daiwashobo Co.,Ltd.) and OKUNOTO PENINSULA (Seidosha).