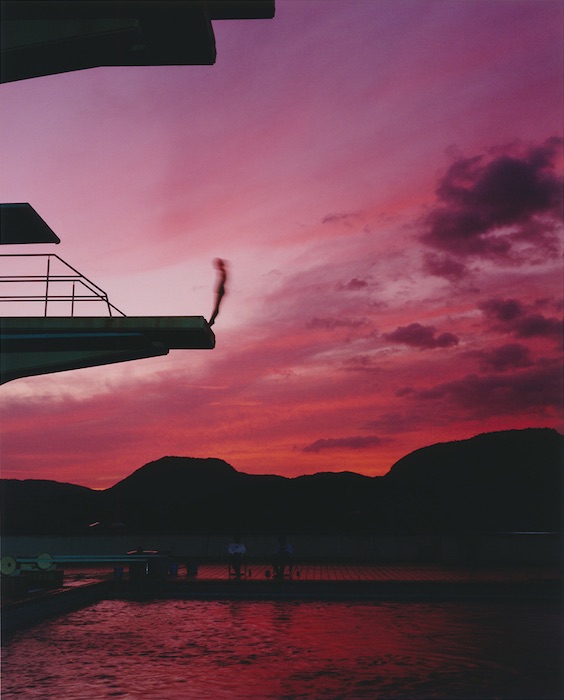 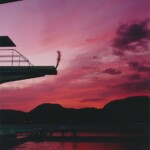 Taka Ishii Gallery is pleased to present “Momentum,” an exhibition of works by Naoki Ishikawa. This exhibition, which coincides with the “Marebito: Wearing a spirit like a cloak” exhibition by the same artist at amanaTIGP, will present 11 photographs from his new “Momentum” series, featuring adolescents practicing for competition diving.

Possessing a strong interest in anthropology and ethnology, Ishikawa travels the world, recording his experiences through photographic works. Devoting himself to mountaineering and photography while still in university, he traversed both poles and then at age twenty-three, set a new record as the youngest person to have conquered the “Seven Summits,” the highest peaks on all seven continents. After that, he spent more than twenty years constantly traveling and producing new works. In addition to numerous series of extraordinary work, including his early, “The Void,” which focused on the primeval forests of New Zealand, or “Archipelago,” which captured images of the features of the islands across Japan, he has also received wide acclaim for writing numerous books describing his travels.

In the summer of 2021 Ishikawa visited the Kagawa Pref. Synthesis Swimming Pool in Takamatsu City where he photographed the local young people practicing diving on an outdoor diving board. Using the same medium-format camera he had used during his travels to the north and south poles, he captured the ever-changing light during the course of the day – from the gradually strengthening light of early morning, through the bright sunshine of afternoon and into the evening as the sun gradually disappeared. The multiple, varied light beams reflect off the color negative film to fill the entire picture. The midsummer sky and the surface of the water in the swimming pool overflow with rich tones.

Of all the various sports that exist, diving has to take the shortest time; the athletes compete with each other for the beauty of their performances, spinning and twisting through the air before entering the water with the least possible splash. Ishikawa confronts these subjects, in which the result is decided within approximately two seconds, using the medium of photography, which captures an image in the split second that the shutter is released. He found that photographing these young people as they practiced, diving into the pool only to climb back up to the diving board to repeat the process, created a kind of harmonized space in which the sound of bodies hitting the water, alternated with that of the shutter being released.

The title of both the series and this exhibition, “Momentum” refers to physical movement, such as inertia or impetus, while the word “moment” refers to temporal movement. Both words have their roots in the Latin term, “movimentum,” meaning movement and in etymological terms, they form what is known as a doublet. As if resonating with the young divers who concentrate their physical actions into the two-second duration of their dive, Ishikawa captures their movements using a variety of shutter speeds. The differences in exposure produce a variety of expression in his photographs, the slightest movements being captured as blurring while movements indiscernible to the naked eye are captured as if the subject were stationary. In the same way that the words “Momentum” and “moment” share a common root, by cutting out “moments” of varying length and making them visible, Ishikawa’s photographs approach the essence of the medium’s ability to encapsulate various kinds of “Momentum.”

Naoki Ishikawa was born in Tokyo in 1977 and completed a latter doctoral program at the Graduate School of Fine Arts, Tokyo University of the Arts. Interested in anthropology and ethnology, he has traveled widely, visiting every kind of environment, from urban to remote regions, creating outstanding works along the way. In 2008 he won the Newcomer’s Award from the Photographic Society of Japan and the Kodansha Publication Culture Award for Photography for his NEW DIMENSION (AKAAKA Art Publishing) and POLAR (Little More Co., Ltd.). In 2011 he received the Domon Ken Award for his CORONA (Seidosha) and in 2020 he received the Lifetime Achievement Award from the Photographic Society of Japan for his EVEREST (CCC Media House) and MAREBITO (Shogakukan Inc.). He has also written numerous books, including The Last Adventurer (Shueisha Inc.) for which he received the Kaiko Takeshi [Non-Fiction] Award. A large-scale solo exhibition, “Capturing the Map of Light on this Planet,” that opened at the Art Tower Mito, Ibaraki, in 2016 went on to travel to the Niigata City Art Museum; Ichihara Lakeside Museum; the Museum of Art, Kochi; the Kitakyushu Municipal Museum of Art, and the Tokyo Opera City Art Gallery. A photobook of the same name was also published. His latest publications include STREETS ARE MINE (Daiwashobo Co.,Ltd.) and OKUNOTO PENINSULA (Seidosha).