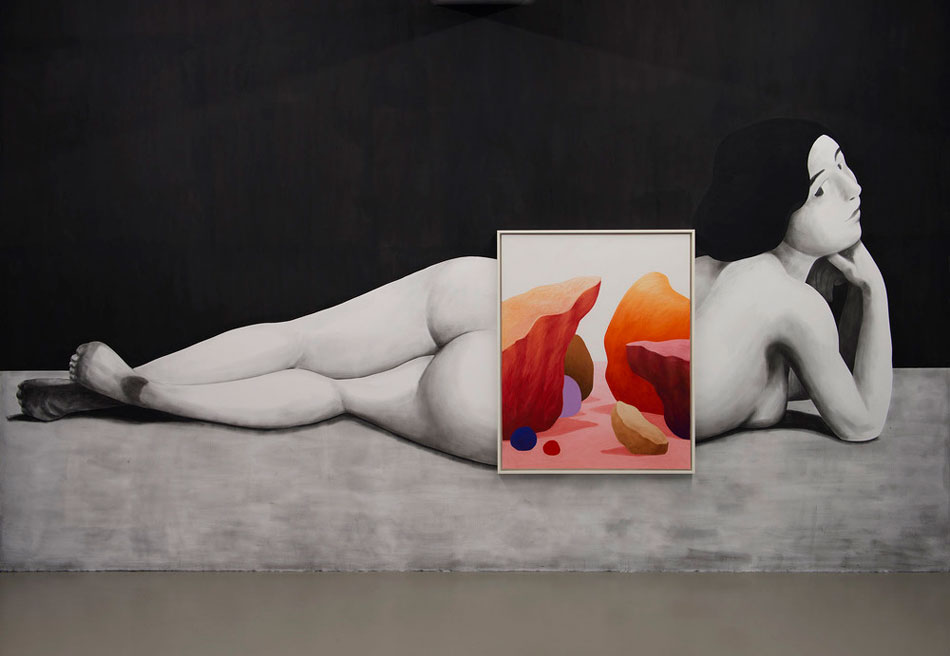 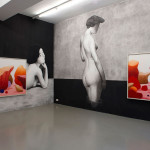 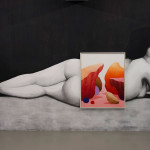 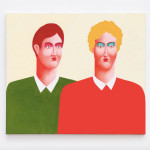 SALTS is pleased to present the first institutional exhibition in Switzerland by Brussels-based Swiss artist Nicolas Party. Entitled “PANORAMA”, Party’s installation takes inspiration from the history of the panorama, a 19th century phenomenon that preceded cinema and served in many Western cities as an entertainment device, with a large-scale painting depicting an all encompassing view of a particular subject.

Typically panoramic paintings would depict Nature with breathtaking landscapes, or military and historical sceneries. From 1880 the official standard size was 114 meters circumference by 14 to 15 meters height. Today only few of the originals remain intact and Lucerne’s “Bourbaki Panorama”, painted by Edouard Castres with the help of many others, including Ferdinand Hodler, is a prime example of such a technique, and considered Swiss cultural heritage.

For SALTS, Party transformed the outdoor exhibition boxes into a single large-scale cube, where the new construction takes on the shape of a four-sided canvas allowing for a 360-degree outdoor painting. Party’s new take on the panorama changes its fundamental principle, insofar as the viewer can only achieve a partial sight of the work from any vantage point. One has to walk around the square structure to see each of the four sides and grasp the whole. Working site-specifically, Party reacts to the garden and outdoors with great ease; his long interest in graffiti and large-scale wall paintings and low-fi technique is merged here with the highbrow aesthetics of a classical portrait gallery. Underlined with his trademark of formal humour, Party turns the gallery inside out, blasting the walls full of his iconography, while leaving the usual inner exhibition space empty.

On view, a series of caricatures of the typical faces and figures that populate the artist’s pictural world. Making a landscape out of his own practice, Party makes use of his usual motives – the teapot, the genderless portrait, the fruit, or the thin tree landscape – to produce a complex layering of genres and styles that offers an opportunity to re-evaluate the medium of painting, from a formal and historical point of view.

Bunk Club at SALTS: On the night of the opening, Bunk Club is launching FAN OF edition and zine with Nicolas Party.