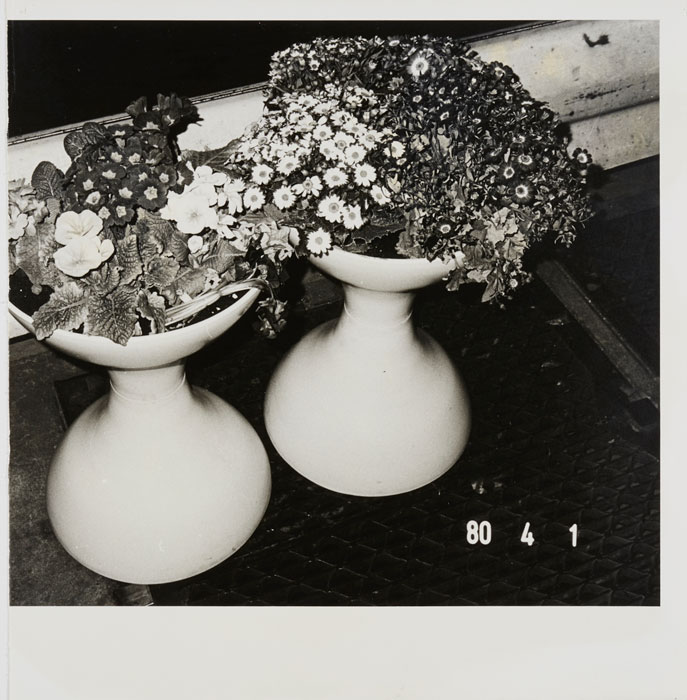 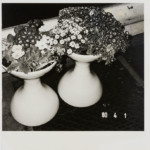 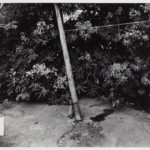 Taka Ishii Gallery New York is pleased to present a solo exhibition of works by Nobuyoshi Araki. This marks the artist’s first solo show in the gallery’s New York space and will feature twenty-one vintage prints from the 1970s when he started his career as a freelance photographer, and from the 1980s including the works published in his representative publications such as “Tokyo, in Autumn” (1984), “Nobuyoshi Araki’s Pseudo – Diary” (1980), “Tokyo Story” (1989), and “The First Year of HEISEI: Nobuyoshi Araki” (1990).

Araki left the Japanese advertising company Dentsu in 1972. Having left commercial photography work, he gained ample time for himself and began taking photographs of Tokyo cityscapes under the influence of Jean-Eugène Atget and Walker Evans, carrying a Pentax 6 × 7 camera on his shoulder with a tripod and a 55 mm lens attached to it. The resulting works that depict the entire image to detail were initially named “LIFE,” but later came to be published under the title, “Tokyo, in Autumn” in 1984. Araki’s attitude as a photographer, which is to simply transcribe what the city expresses as it is, is coherent with his approach towards other subjects including flowers, nudes, portraits, sky, food and his pet cat.

Since his first essential photobook, “Sentimental Journey” (1971), Araki, who has continuously valued his close and intimate involvement with his subjects, established his unique manner of photography that brings together notions of Eros and Thanatos in the 1970s and 1980s. At the same time, he has published books dealing with the latent fictitious nature of photographs since the 1970s. In “Nobuyoshi Araki’s Pseudo – Reportage” (1980), he added documentary-like, yet partly fabricated texts to his photographic images. In “Nobuyoshi Araki’s Pseudo – Diary” (1980), he used the camera’s dating function to print false dates on his images. Photographs that were included in his later publications became a prototype of Araki’s dated “Photo Diary” works taken with a compact camera.

“Tokyo Story” (1989), the title of which is directly quoted from the film by Yasujiro Ozu, is a significant series in Araki’s career that indicates a new development in his photography. Melancholic visual narratives are shown through the images of his daily life – snow on his home balcony, his wife Yoko, and his beloved cat Chiro – crossing with the images of nudes and urban landscapes with inorganic surfaces. “The First Year of HEISEI: Nobuyoshi Araki”, published in the following year comprises photographs taken in the year 1989, beginning with the death of Showa Emperor. Death (Thanatos) profoundly permeates the images of the Rites of the Imperial Funeral and his wife Yoko, who was diagnosed with uterine myoma in the same year.

The works on view overlooks Araki’s early career, spanning approximately twenty years until just before losing his wife Yoko, in 1991.

This exhibition is held in collaboration with Alison Bradley Projects.

An exhibition catalogue including the twenty-one images on show will be published.