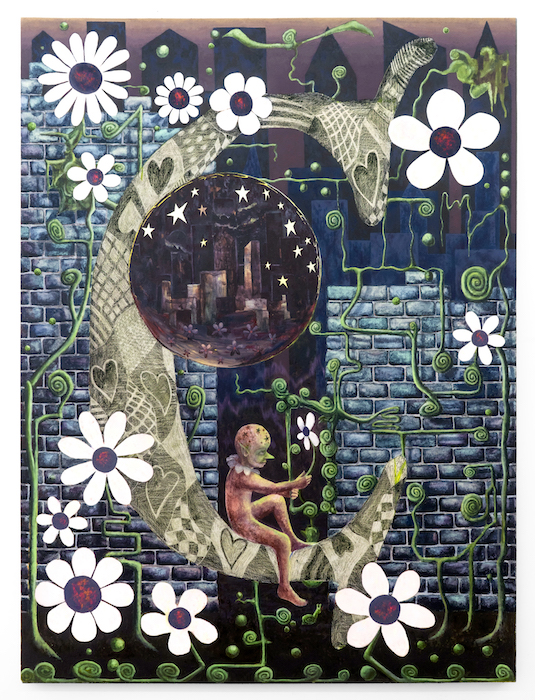 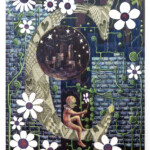 P·P·O·W is pleased to present “Noplace”, a physical and virtual exhibition curated by Eden Deering, which brings together artists whose practices connect in their collective utopian pursuit, their make-believe places reflecting the ills of our society, while simultaneously communicating alternative ways to exist in this world.

In “Utopia” (1516), the English lawyer, social philosopher, author, statesman and Renaissance humanist, Sir Thomas More coined the term ‘Utopia’ in his sociopolitical satire. Combining the Greek words “not” (ou) and “place” (topos), 16th century readers would have translated the new word to ‘Not place’ or ‘Noplace’. More’s “Utopia” was an imaginary arcadian paradise, off the coast of an inexact location in the ‘New World’. Describing this Utopia as the blueprint for a perfect society, More conceived of a place that offered the material benefits of a welfare state, promoted religious freedom, tolerated euthanasia as well as divorce, and abolished the societal constructs of private property, monarchy, and military.

Written against the backdrop of the tyrannical reign of King Henry VIII, Utopia sat in stark contrast to its societal context, which was without freedom of speech or thought, where one man accrued vast wealth, while thousands of others starved. By naming the island ‘Utopia,’ or ‘Noplace’, More emphasized the island’s non-existence, allowing him to discuss real monarchical corruption, while preserving his head (which Henry VIII put on a spike in 1535). By creating a fantastical positive ideal, More communicated the injustice of his lived reality while simultaneously making an appeal to humanity’s capacity for change.

Joel Dean creates symbols that reflect the contaminated cosmos of the American Dream. Late last year, Dean began a series of letter paintings based on drop caps, the enlarged initials of Medieval illuminated manuscripts, that are today more commonly associated with fairytales and fantasy narratives. These paintings represent the condition in which a letter, once a single unit of information, becomes an enigmatic and multitudinous pictorial vessel. Beginning each with the form of a single letter, Dean intuitively transforms the initial shape into an inhabitant of its own expanded world over several months. Depicting each letter in an entangled mix of organic growth and man-made mechanisms of industrial expansion, Dean’s paintings highlight the structural and visual parallels between written systems and the complex worlds they describe. Dean’s imagined constructions give meaning to the isolated letters, just as the letters initially informed the evolution of the surrounding imagery. Joel Dean (b. 1986, Georgia) lives and works in New York.

Ficus Interfaith is a collaboration between Ryan Bush and Raphael Cohen. As much a research initiative as a sculptural practice, Ficus Interfaith pursues projects that focus on their personal and collective interactions with nature and natural history. Using terrazzo, a composite material consisting of leftover marble, glass, and other waste, used to make decorative floors since antiquity, Ficus Interfaith embraces the spirit of collaboration and reuse. In “Noplace”, the duo will present a terrazzo triptych depicting a fire overwhelming a hearth of a nonspecific domestic interior, its flames licking the frame of a generic landscape painting hanging overhead. Such works operate as metaphors for other worlds, and ultimately become portals with the potential to activate the viewer’s imagination. Ficus Interfaith is a collaboration between Ryan Bush (b. 1990, Colorado) and Raphael Cohen (b. 1989, New York City).