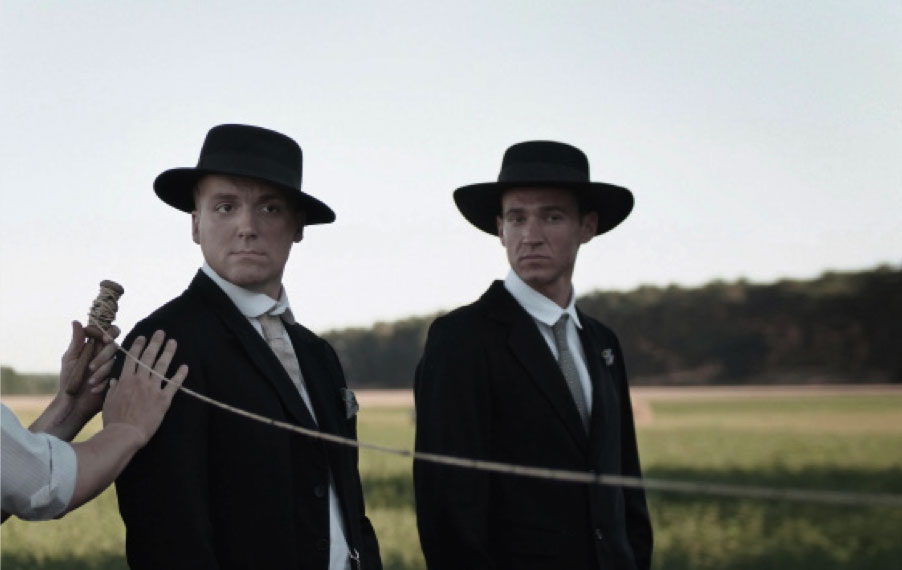 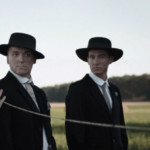 The exhibition presents the New York premiere of “August”, a 3D digital film inspired by the life and work of renowned German photographer August Sander, celebrated for his masterful portraiture in “People of the Twentieth Century”. In his 15-minute fictional film, Fast offers a dark portrait of Sander at the end of his life, nearly blind and haunted by the memory of his son who died as a political dissident in a Nazi prison.

“August” examines Sander as both visionary and powerless, exposing an entanglement between these states and inviting viewers to reconsider the relevance of image-making in the context of political crisis and personal loss. During a hallucinatory flashback, a Nazi officer quotes Walter Benjamin (who himself quoted Goethe) in praising Sander’s work as “delicately empirical.” Both critic and fan, the officer appreciates the irony of his remark when presenting himself as a subject for Sander to photograph – and the artist obliges

In addition to the presentation of “August”, Fast will transform the gallery facade and interior into what they were like before gentrification: the waiting room of a Chinatown business with an eclectic aesthetic. This immersive ficitional space continues Fast’s preoccupation with role-playing and time travel. In his recent solo exhibition “Talking Is Not Always the Solution” at the Martin-Gropius-Bau in Berlin, Fast presented works in spaces alternating between cinematic black-boxes and life-sized dioramas referencing institutional waiting rooms. This exhibition further delves into a theatrical use of space, turning the gallery facade into an impostor striving to emulate its local milieu. An earlier work by Fast, “Looking Pretty for God (After G.W.)” (2008), will be on view in the waiting room. “Looking Pretty for God” is a straightforward documentary about funeral directors. Nevertheless, while the camera explores the largely empty funeral homes where these men work, little children sometimes appear and explain what the viewer is seeing. The aestheticization of death, for both Fast and his mortician subjects, represents yet another entanglement of the visionary with the powerless.

The exhibition will coincide with a presentation of “August” at the Minneapolis Institute of Art, on view from September 24, 2017 through February 18, 2018 and a screening of Fast’s recent feature films “Remainder” and “Continuity” at the Walker Art Center on Sunday, September 24. On Friday, September 15 MoMA will host a second annual symposium on the work of August Sander as part of the August Sander Project, an initiative by the Museum in conjunction with Columbia University.

Omer Fast (b. 1972, Jerusalem) grew up between Jerusalem and New York. In October 2015, a monographic exhibition of Fast’s work titled “Present Continuous” opened at the Jeu de Paume, Paris, and subsequently travelled to the Baltic Center of Contemporary Arts, Gateshead, UK, and the KUNSTEN Museum of Modern Art, Aalborg. Denmark. He has been the subject of solo exhibitions at the La Caixa, Madrid; Musée d’Art Contemporain, Montréal; Museum of Contemporary Art, Krakow; Dallas Museum of Art, TX; Cleveland Museum of Art, OH; the Martin Gropius Bau in Berlin; and the Minneapolis Institute of Art, MN. His work was featured in dOCUMENTA (13), the 54th Venice Biennale, and the 2002 and 2008 Whitney Biennials. He received a BA from Tufts University and a BFA from the Museum School of Fine Arts, Boston, as well as an MFA from Hunter College in New York City. Fast lives and works in Berlin, Germany.