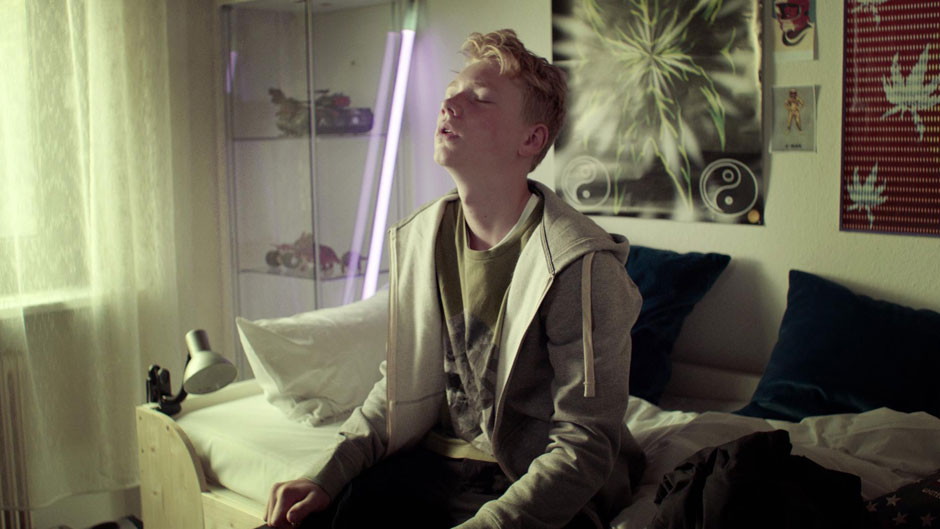 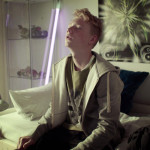 In his work as a filmmaker, Omer Fast defines a new relationship between reality and fiction. He is interested in exploring the construction of narratives, in particular how stories change when told from different perspectives. The works in the exhibition each examine the shifting boundaries of modern conflict through the personal stories of those involved. Fast borrows from traditions of documentary, dramatization and fantasy, manipulating time through the use of repetition, looping, and reenactment to create new and complex structures. All three works use human emotions as stand-ins for the larger socio-political reality of contemporary warfare.

The protagonist in “5,000 Feet is the Best” is a Predator drone operator who for six years engaged with militants and civilians in Afghanistan from a US base in suburban Nevada. The film is based on two meetings recorded in a hotel in Las Vegas in September 2010, where the drone operator shared the technical aspects of his job with Fast as well as the psychological difficulties he has experienced as a result of his work. Dallas Museum of Art curator Jeffrey Grove writes, “This fictional and factual retelling of this veteran’s story explores the shifting divisions between reality and representation, and truth and memory. Fast’s articulation of the intersection of video game culture, slick Hollywood narrative, government concealment, and the privatization of warfare provides an elliptical and haunting account of its cost, while refusing to moralize or judge.”

Continuity is a film about loss and mourning. The central protagonist is a young German soldier named Daniel, returning home after serving in Afghanistan. A familiar domestic environment with emotional parents soon mutates to a series of theatrical scenes that gradually become perverse and uncanny. Daniel struggles to make sense of his increasingly alien home until his history, and ultimately that of his parents, becomes more and more tenuous. Maria Fraser, curator at MAC Montreal describes, “Gradually, there develops, within this increasingly complicated circular structure, a bizarre atmosphere where coherence is lost and it becomes harder and harder to distinguish the real from the unreal.” Fast is looking at how discontinuity can reflect psychological states. He writes, “We see [the parents] continuously reenacting their encounter with the son and other scenes of domestic life, which occasionally veer into the sexual or the surreal. There is no sense of closure or catharsis: we only see the couple compulsively performing their domestic roles with different young men, in spite of the inherent rupture and crisis that accompanies them.”

In his most recent work, “Spring”, Fast returns and expands upon the narrative and relationships he created in “Continuity”. The story revolves around a teenage boy and an older male escort who are both engaged by the couple, Daniel’s parents, and whose paths cross violently on the streets of a wealthy German suburb. A portrait of family life in which roles are constantly shifting, “Spring” touches on issues of loss and recovery, drug addiction, small-town crime, and the portrayal of masculinity in an increasingly global economy.

Omer Fast was born in Jerusalem in 1972 and grew up between Israel and New York. He received a BFA from Tufts University and the Museum of Fine Arts, Boston in 1995, and an MFA from Hunter College in New York City in 2000. In October 2015, a monographic exhibition of Fast’s work opened at the Jeu de Paume, Paris, and will travel to the Baltic Center of Contemporary Arts, Gateshead, UK, and the KUNSTEN Museum of Modern Art, Aalborg. Denmark. His work has also been featured in dOCUMENTA (13), the 54th Venice Biennale, and the 2002 and 2008 Whitney Biennials. He has been the subject of solo exhibitions at the Stedelijk Museum in Amsterdam, Moderna Museet, Stockholm; Le Caixa, Madrid; Musée d’Art Contemporain, Montréal; Museum of Contemporary Art, Krakow; Dallas Museum of Art, TX; Cleveland Museum of Art, OH; and at the Art Institute of Chicago, IL.