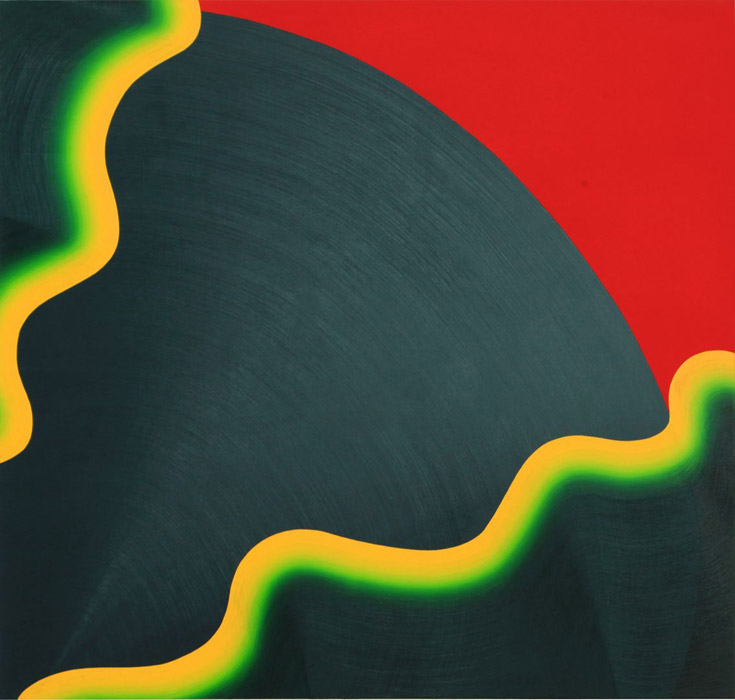 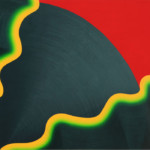 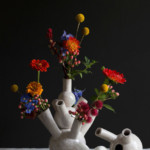 Erica Prince‘s extruded and hand-built ceramic “Containers” are sculptures with interactive and utilitarian properties. When holding personal items, they bring awareness to the acts of choosing, placing, arranging and compartmentalizing. The forms themselves are inspired by 17th Century Dutch tulip vases and retro-futurist architecture, utilizing an intentionally limited sculptural vocabulary in order to yield nuanced, often unexpected biomorphic geometries. Prince’s larger practice is multidisciplinary: the “Containers” function as makeup holders, wig stands, and vases in her ongoing relational project and installation, “The Transformational Makeover Salon”. The ceramic forms also make appearances in the artist’s sculptural installations, as references to utopian architectural forms, and in her drawings of elaborate interiors, adapting to the varied styles of each room.

Erica Prince (b. 1985 Toronto, ON) lives and works in Brooklyn, NY. Her recent projects and exhibitions include “The Transformational Makeover Salon” at UNCOMMON BEAUTY, Otherwild NY and PULSE Miami Beach, “things you cant unthink” at Banff Centre in Alberta Canada, and “Dollhouse” at Vox Populi, Philadelphia PA. Her works have been featured in T: New York Times Style Magazine, Vice, Artsy, NPR, Wallpaper and Canadian Art. She has been awarded residencies at Banff Centre, The Garrison Institute, The Vermont Studio Center and The Fabric Workshop and Museum.

Osamu Kobayashi‘s work plays with the premises of color field painting, infusing it with a sense of humor and a certain performativity of process. Meticulously mapped out geometries, both biomorphic and architectural, collide with broad, deliberate brushstrokes, which sit above the painted grounds and offer a highly tactile surface that comes alive in raking light. The resulting compositions delight in spatial ambiguity and tension between forms. Despite being fully engaged in an abstract painterly language, Kobayashi’s images insist on making reference to the lived world and the human body. The largest canvases feature an oscillating line motif, bringing to mind everything from a clamshell to the visualization of a sound wave.

Osamu Kobayashi (b. 1984, Columbia, SC) lives and works in Brooklyn, NY. He has exhibited widely in the US and abroad including solo exhibitions at Underdonk Gallery in Brooklyn, AplusB Contemporary Art in Italy, and the 701 Center for Contemporary Art in Columbia, SC. He has participated in group exhibitions at the Lissone Contemporary Art Museum, Paul W. Zuccaire Gallery at Stony Brook University, Bronx River Art Center, and the Columbia Museum of Art. In 2013, Kobayashi was awarded the Hassam, Speicher, Betts, and Symons Purchase Fund from the American Academy of Arts and Letters. His work has been reviewed in The L Magazine, Artcritical, and Hyperallergic. He is currently a participant in the Sharpe-Walentas Studio Program.

Morgan Lehman is very pleased to announce the opening of its new auxiliary gallery space, Morgan Lehman 2, which is located at 526 West 26th street on the 4th floor. This venture embraces the notion of a modern, flexible exhibition space to sustain years of exciting new programming and represents a continuation of the gallery’s original vision while offering vital curatorial freedom and a fresh context.

Gallery hours Thur-Sat 11:30 am – 5:30 pm, and by appointment on Tuesdays and Wednesdays