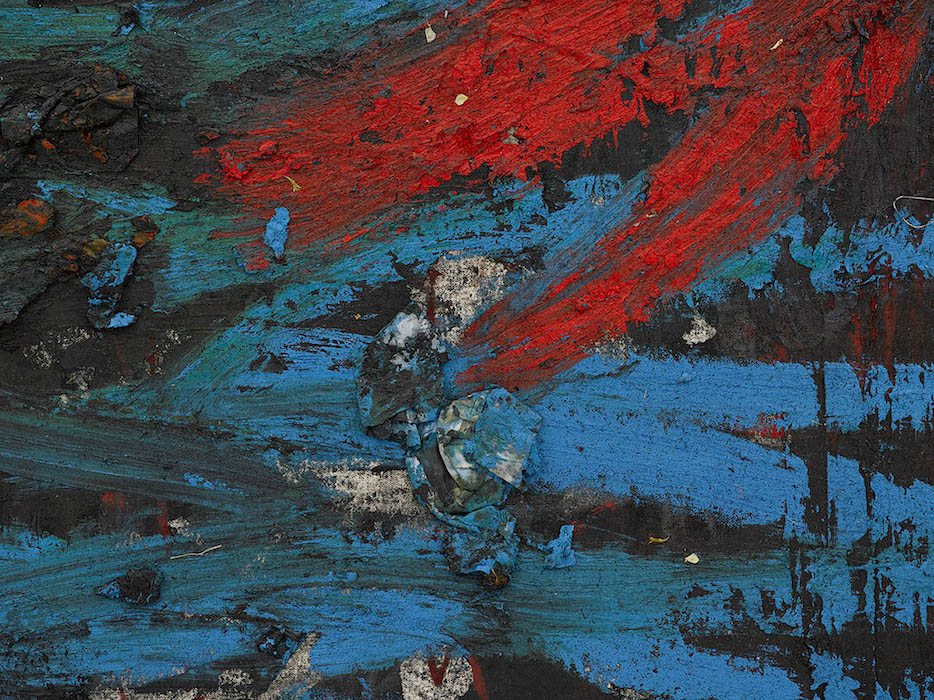 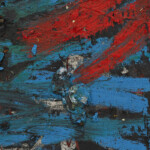 Taka Ishii Gallery is pleased to present an exhibition by Oscar Murillo, “geopolitics (manifestations)”, his first solo exhibition with the gallery, and will be composed of powerful new paintings. Continuing the artist’s “manifestation” series, these works were created in Murillo’s studio in Colombia during an intense and turbulent period.

The manifestation works combine elements and techniques characteristic of Murillo’s practice. Their grounds are composed of stitched-together elements, often created by the artist in different locations and times to bring a combination of energies into the very foundations of the work. As in previous bodies of work, Murillo’s process includes placing one canvas on top of another, saturated with pigment, on the studio floor, and using an energetic, full-body mark-making process to transfer gestures from one surface to another, a technique Murillo has referred to as ‘downloading energy’. The artist then applies further layers onto the works’ surfaces, using richly colored oil bars to add dense, impasto passages of color in thick strokes. This method adds a dynamic, almost sculptural quality to their surfaces, resulting in compellingly layered, textured and complex canvases.

Shown for the first time in this exhibition, these new paintings were made by Murillo in his home-town in Colombia, where he has been living since March 2020 engaging in both art-making and in humanitarian work around the crisis precipitated by the global pandemic. During 2021, the emergence of a mass protest movement, met with state-violence, has led to a further intensification of the daily struggles in the Latin-American country. Murillo considers that through their physical presence during this period, his paintings have absorbed something of what has unfolded around them – they have ‘born witness’ to these troubles.

The title “manifestation” is deliberately ambiguous – among several meanings, it is the most common term for a political protest in several languages. This title connects the work to a very physical, embodied practice of making one’s self known – translating bodily action into political power. In her essay for the publication “Mixing It Up” (Hayward Gallery Publishing, 2021), Rosanna Mclaughlin explains: “With “manifestation”, [Murillo] responds to the restlessness and displacement common to life under global capitalism, treating the patchwork canvas as a site of protest.”

Oscar Murillo has created a visual language encompassing recurring elements and motifs; draped black canvases; metallic structures evoking autopsy tables; large-scale paintings composed of roughly sewn together fragments; studio dirt; dust and debris. These and other components play out across a wide range of media, including painting, video work, room-sized installations and actions. All of the artist’s diverse works can be seen to constitute a sustained and evolving investigation of notions of community, informed by cross-cultural personal ties, as well as the constant transnational movement that has become integral to Murillo’s practice.

Oscar Murillo was born in 1986 in La Paila, Colombia, and lives and works in various locations. Murillo earned a BA (Hons) in Fine Arts at the University of Westminster in 2007 and an MA from the Royal College of Art, London in 2012. Murillo was part of a collective of 4 artists to be awarded the 2019 Turner Prize.