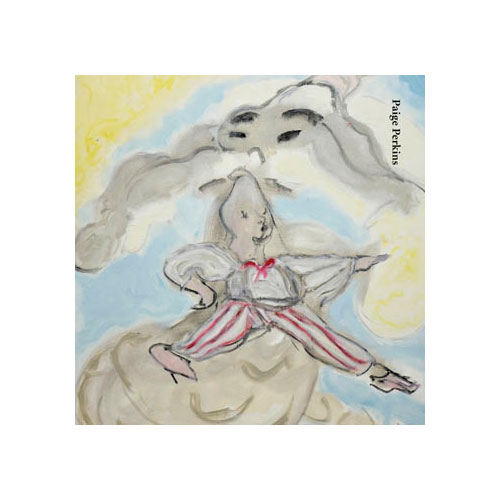 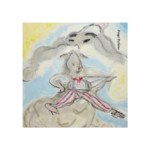 For Transition Two’s first exhibition of 2019 the gallery’s space has been transformed. Montaging painting and drawing with performative films, “Paracosmic Revue” uses play and an unresolved aesthetic to present alternatives to the monotonous every day; creating a space to ask, ‘who’s logic am I following’.

In keeping with the gallery’s manifesto to always show two artists in conversation, collaboration, or conflict, “Paracosmic Revue” – which runs over four weekends – invites four artists to perform digitally in an enchanted space. The exhibition’s temporal nature, and the playful clashes encountered, are key to “Paracosmic Revue”‘s gesamtkunstwerk.

A generative pool; a hot bed of energy; a transcendent space in flux. An othered theatre, populated by fantastical beings, where carnivalesque strategies are employed to affect logic and reason. “Paracosmic Revue”‘s season unfolds over four acts. Placing the spiritual in contact with the human, the Animal in contact with the machine, each act seeks to reject the known and the ‘norm’ in favour of a reality based upon possibility.

Each act pastiches our 21st century reality – where the screen is our gateway to transcendence. Each performer presents a conflicted aesthetic, which awkwardly mimics our precarious means of coping with (and manoeuvring within) the maelstrom we call contemporary life.

For Paige Perkins, the process of painting is an ongoing quest for a sense of mystery and enchantment. Exploring the borders between human and animal, fantasy and reality, Perkins delves into her subconscious, emerging with twisted stories. Influenced by mysticism, fairy tales, and a sense of a very personal folklore, Perkins creates a visionary world where time and space unfold with a strange logic. Her colourful paintings are often unexpected, dark and unruly; like characters in a carnival.

Richard Porter lives and works in London. His current practice looks at processes of repair, healing, and transformation and is deeply rooted in both personal and cultural memory, including those of childhood, the AIDS crisis, aviation disasters and a childhood fantasy of winning Best Actress.

A Black Female Artist currently living and working in Glasgow, Scotland, Christian Noelle Charles is a Syracuse, New York native. Her work is an exploration of female representation and self-love in a contemporary world. Drawing upon today’s pop culture, modern performance techniques – the relationship between performer and audience member – as wells as personal experiences, Charles’ works across mediums demonstrating a celebration of self-love and individuality.

Pádraig Condron is an Irish Italian queer body, finding catharsis in an autoethnographic practice. Recognising and rejecting structures of power, considering their influence over mind and body. They control, with worship, tradition, and normativity. They impede freedom of self-expression.

Interested in performative ideas relating to everyday life David Sherry utilises ‘play’, performance, drawing, painting, video, sculpture, and sound to investigate cultural codes, the thoughts and opinions that underlie the public face of etiquette and small talk; asking questions of basic learned behaviours: What is work? What is success? What is respect? What is a living? What is happiness?