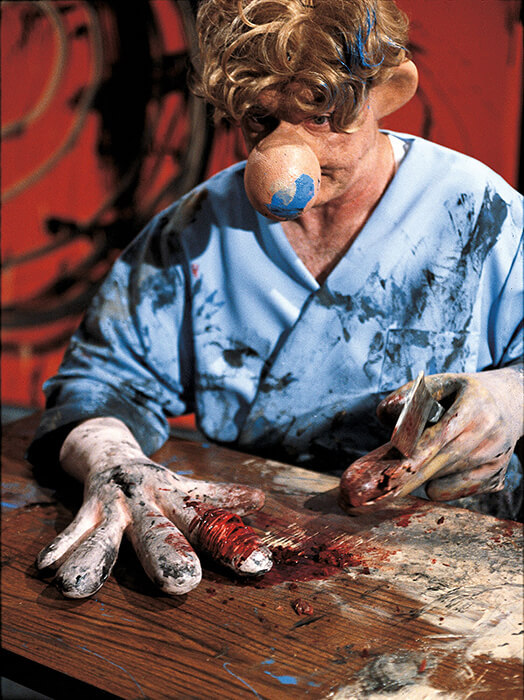 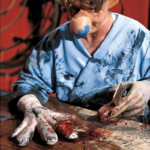 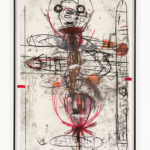 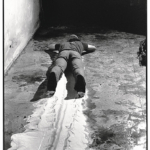 This November, Hauser & Wirth New York will mount a special presentation of acclaimed American artist Paul McCarthy’s seminal and biting satirical video performance ‘Painter’ (1995), as well as a notable selection of paintings, photographs, drawings and other video works highlighting the artist’s practice, on the second floor of the gallery’s 22nd street location. One of the leading artists of his generation, McCarthy has developed a distinct and subversive artistic practice throughout his long career, which now spans more than five decades.

After graduating from the San Francisco Art Institute, McCarthy, influenced by artists such as Allan Kaprow and Bruce Nauman, emerged in the countercultural art scene of the 1960s with a set of critical performative pieces. Since then, McCarthy has become known for his visceral, transgressive, and politically incisive yet frequently humorous work in a variety of media. He has sought to parody social hierarchies and cultural conventions, explore power relations, and challenge the art historical canon by interrogating the art world and status of the artist.

A landmark work of the 1990s that is among his best-known pieces, ‘Painter’ is a scathing satire on the idea of the heroic artist and the medium of painting that also manifests political critique. The video shows McCarthy himself performing as the eponymous painter, inside a set of an artist’s studio and bedroom that looks as though it belongs in a TV soap opera rather than in Hollywood. McCarthy is accompanied by a gallerist and collectors, all of whom, including the artist, exhibit fetishistic behaviors and are preoccupied with money and social status. The props include several canvases, over-sized brushes and giant tubes of paint, as well as a table with jars of mayonnaise and bottles of sauce. McCarthy is dressed in a typical artist’s smock as well as a blonde wig, and he wears a number of prosthetics, including a bulbous nose, large ears and oversize hands that are reminiscent of a clown costume.

During the video the painter character speaks and mutters continuously as he simultaneously attempts to paint. The activity of painting becomes blurred with acts of food preparation, and both take on sexual connotations. Later, the painter spins while chanting ‘de Kooning’ in clear reference to the Dutch-American artist Willem de Kooning (1904–1997), who was a key figure of abstract expressionism and the epitome of the solitary, genius creative associated with the movement’s painters. The central figure of ‘Painter,’ however, appears in turns shambolic and mediocre. Moreover, in McCarthy’s work, painting — especially the national symbolism and machismo associated with abstract expressionism, a form of art that was exported during the Cold War as a manifestation of soft cultural power — has long been a preoccupation and a target. McCarthy has confronted this characteristically American tradition of painting through the suggestive use, or evocation, of unorthodox materials such as bodily fluids and foodstuffs in ways that range from the violent, depraved and debauched to the abject and scatological. ‘Painter’ also acts as the bread, so to speak, to a brand-new compilation of his revolutionary ‘Black and White Tapes’ video works and ‘Heinz Ketchup Sauce,’ shown in the exhibition as a rarely seen solo edit.

Notwithstanding these characteristics, McCarthy’s work is an important contemporary manifestation of a long tradition of parodic culture that has its roots in pre-modern carnival subversion. McCarthy’s deployment of parody and laughter, his use of grotesque images and the material body, as well as his recourse to lewd imagery and obscene language, all root his work in representations of the carnivalesque as defined by the theorist Mikhail Bakhtin (1895-1975). An exploration of the complexity of folk culture and carnival, Bakhtin’s work can also be seen as an indirect commentary on the political reality of his day (that of 1930s totalitarianism) and, once translated into English and published in the late 1960s, as a source and stimulus for countercultural attitudes, antiauthoritarianism and nonconformity.

In this exhibition, the performative aspect of ‘Painter’ is reinforced as a long-held concern in McCarthy’s work through the inclusion of an important early antecedent piece titled ‘Face, Head, Shoulder Painting – Wall, Black Line’ from 1972. Consisting of 19 Gelatin silver print photographs, it shows the artist carrying a can of paint at head height, leaning into a wall, and creating a line painting by tipping the can as he walks while applying the paint with his shoulder as a ‘paintbrush.’ Such early instructional performances recorded through photography or video bring the body and painting together in a way that lays the groundwork for McCarthy’s later, much more elaborate video performances such as ‘Painter.’

The focus on painting and its evisceration as an activity associated with the promotion of ideology and grand art historical narratives grounded in gendered power — more specifically a toxic masculinity — is explored in several of the accompanying works selected by the artist for this exhibition. The two Gelatin silver prints in ‘Face Painting – Floor, White Line’ capture McCarthy using his face and body to paint a line across his studio floor. By inserting his entire figure into the art-making process and using the ground as a canvas, McCarthy questions the conception of painting as a valued object displayed on the wall—deconstructing the dominant rigid minimalist ethos of the time. Additionally, two earlier works on paper make overt reference to the phallic associations of the paint brush, titled ‘Penis Painting Black’ and ‘Penis Painting Red’ (both 1980). By using his genitals to apply paint to the canvas, McCarthy evidences his long-standing interest in mocking the artist-as-genius persona which dominated the art world and criticizes its associations with heroic virility.

Further rooting the exhibition as an exploration of the origins and evolutions of McCarthy’s personas, performances, and intentional painterly malapropisms is the early career work ‘Airplane Painting’ (1965-1966). McCarthy is hesitant to countenance its creation as performance, telling Connie Butler in a 2019 interview, ‘burning my paintings and drawings at the time had to do more with turning them black. I would pour gasoline on them and throw a match. I worked on them flat on the ground, on top of them.’ Yet this humorous arc of a brain that skips past a tube of black oil paint and goes straight to gasoline can’t help but make clear the seeds of transgression and critique that were present from the start.

More recently, McCarthy has continued his exploration of the key themes in his signature video work, ‘Painter,’ with his ongoing A&E project begun in 2019. Though there is a marked conscious connection evident between the two, the multi-part project A&E also unleashes his satirically uncompromising eye particularly on the wilfully ahistorical nature of American politics. A&E confronts the complex mechanisms of power, politics, desire, and history through McCarthy’s and his collaborator Lilith Stangenberg’s garbled, gratuitous and garrulous renderings of Adolf Hitler and Eva Braun. Transmogrifying two of the most viscerally taboo figures of the modern era via buffoonery, McCarthy with Stangenberg has created a mesmerizing body of work including drawings, films, theatrical performances, paintings, sculpture and more.

The paintings, photographs, drawings and video works in the show thus bracket and contextualize the main video installation, highlighting the centrality of ‘Painter’ in McCarthy’s production and practice, while also establishing conceptual links with works from across his entire career. Exhibiting ‘Painter’ in the light of recent politics makes clear how McCarthy’s Bahktinian critique remains as relevant today as it was when first displayed in the 1990s.

Paul McCarthy is widely considered to be one of the most influential and groundbreaking contemporary American artists. Born in 1945, and raised in Salt Lake City, Utah, he first established a multi-faceted artistic practice, which sought to break the limitations of painting by using unorthodox materials such as bodily fluids and food. He has since become known for visceral, often hauntingly humorous work in a variety of mediums — from performance, photography, film and video, to sculpture, drawing and painting.

During the 1990s, he extended his practice into installations and stand-alone sculptural figures, utilizing a range of materials such as fiberglass, silicone, animatronics and inflatable vinyl. Playing on popular illusions and cultural myths, fantasy and reality collide in a delirious yet poignant exploration of the subconscious, in works that simultaneously challenge the viewer’s phenomenological expectations.

Whether absent or present, the human figure has been a constant in his work, either through the artist’s own performances or the array of characters he creates to mix high and low culture, and provoke an analysis of our fundamental beliefs. These playfully oversized characters and objects critique the worlds from which they are drawn: Hollywood, politics, philosophy, science, art, literature, and television. McCarthy’s work, thus, locates the traumas lurking behind the stage set of the American Dream and identifies their counterparts in the art historical canon.

McCarthy earned a BFA in painting from the San Francisco Art Institute in 1969, and an MFA in multimedia, film and art from USC in 1973. For 18 years, he taught performance, video, installation, and art history in the New Genres Department at UCLA, where he influenced future generations of west coast artists and he has exhibited extensively worldwide. McCarthy’s work comprises collaborations with artist-friends such as Mike Kelley and Jason Rhoades, as well as his son Damon McCarthy.