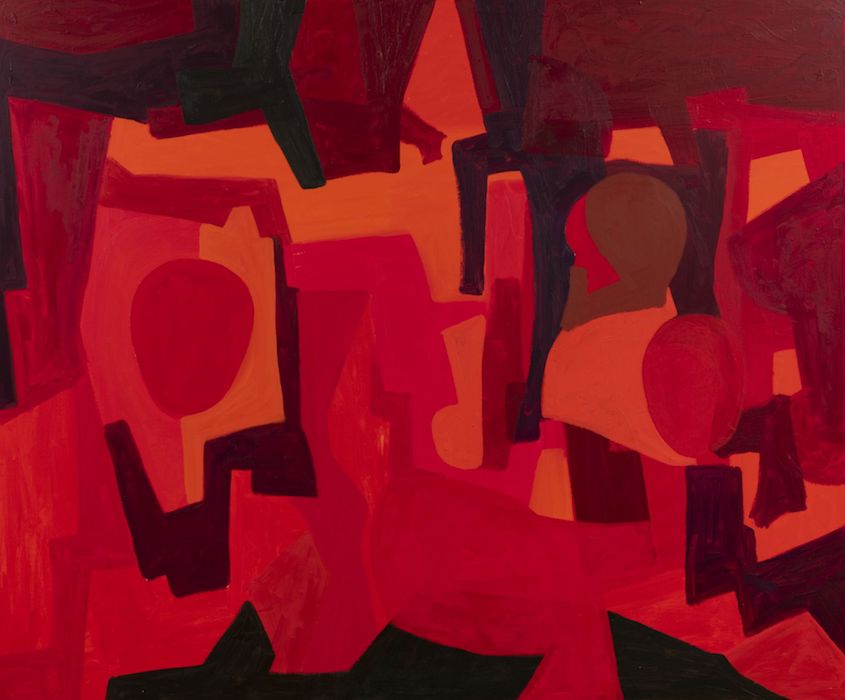 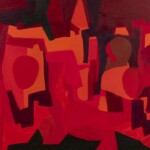 Freight + Volume presents “Sight Unseen”, an exhibition of recent paintings by Paul Sevigny, his first solo exhibition with the gallery.

The methods and techniques incorporated into Paul Sevigny’s most recent series of all red paintings – with their subliminal summits, softly defined spaces, and intuited perceptions pierced by figuration – carry over from his more whimsical and colorful works. And while Sevigny’s red paintings came later, conceived over the course of the COVID-19 pandemic, their overall significance is less a thing of novelty than a study in the interrelationship of focus and constraint.

The canvases from both series share similar themes and appearances, but there’s a marked sense of individuality that obtains between them. The predominantly red painting “Almost” lives up to its title through suggesting figuration. However abstract the canvas might initially seem, there’s an organizational rhythm about it not unlike a landscape. “Big Brush”, by contrast, is more about the materiality of paint and pigment. Vermiculate red lines segment the canvas into zones of energy, anticipating the viewer’s gaze and allowing him to visually dissect the painting however he likes.

The phrase “Sight Unseen” becomes anagrammatized in Sevigny’s work. The title takes on a more esoteric connotation, perception by way of introspection, which is what abstraction was historically developed to describe. On the one hand, one could say that Sevigny’s canvases offer glimpses into a hypnagogic realm, more meditative than monastic. On the other, there’s a kind of willful tranquility about his works – which happens whenever an artist decides beforehand that he will not make up his mind about what a canvas means until after he has finished it.

This, of course, parallels an attitude endemic to the not-quite-eradicated pandemic. The question, “what comes next?” haunts Sevigny’s paintings. The serial nature of his work looks for variation in minute particulars, where difference is magnified against a patterned backdrop. This enveloping backdrop could be the color red, along with its many variant shades, or it could be the way the suggestion of a line divides a visual surface, creating a tessellated image like a map to an unknown territory.

Paul Sevigny received his BA in Studio Arts from College of Charleston in 1994. He has since had numerous successful careers in a variety of fields including music, finance and nightlife. He started to show his paintings again in 2017 with two consecutive shows curated by Bill Powers in NYC and Miami that were followed by a string of group shows, among them an exhibition held by Christie‘s in New York. “Sight Unseen” is his first solo show with a gallery in Manhattan.