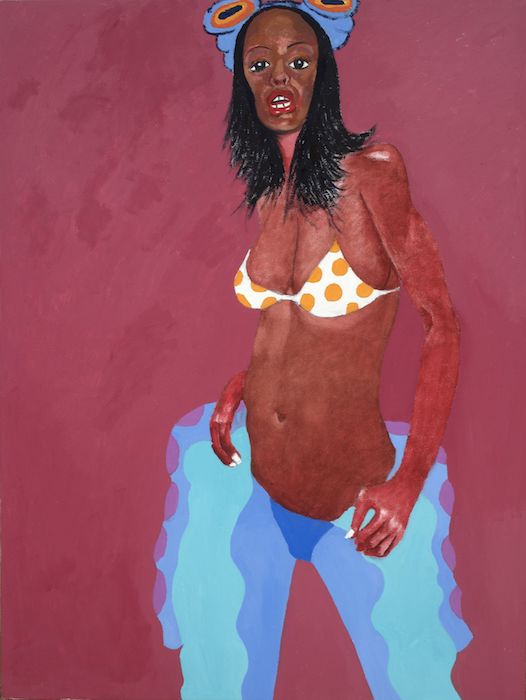 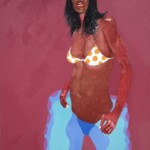 Freight + Volume is thrilled to announce that we are launching a new space in Tribeca on March 27th, beginning with Peter Williams’ “Black Exodus” – his first solo exhibition with F+V.

Located at 39 Lispenard, a historic street known for its architecturally significant buildings and cast-iron facades, the two-level, 2500 sq ft. space has beautiful high tin ceilings, southern light, and exposed brick which will allow us to better promote our artists for the next decade.

The paintings included in “Black Exodus” have the aura of a lucid dream. Whimsically depicting the exodus of an Afrofuturist people into unexplored climes in outer space and parallel dimensions, Williams also demonstrates how our presence to others, and to history, is mediated by technology. While his personal take on Afrofuturism often comes off as childlike and humorous, the viewer can read into his otherworldly vistas the labors that will have to be reckoned with to realize a new collective identity and freedom.

Space travel is essential to Williams’ Afrofuturist vision. Nevertheless, his figures have an ambivalent relationship with spacesuits, which sometimes seem to hamper their freedom even though they provide an opportunity to live in a new utopian atmosphere. In a painting like “Astronaut II”, the woman depicted exists apart from her spacesuit; on her face, one detects more than a hint of annoyance at the fact that she has to cover her body with an interplanetary suit.

Williams’ characters often struggle against their environment to realize their destiny; the details of this struggle are recounted in the form of open-ended tableaux. In a painting like “Birdman”, the frightening mouth which consumes the central figure has a folkloric grandeur about it. The man soon to be engulfed by the mouth has no recourse other than to submit. But is he even aware that he’s being swallowed? There’s a contemplative stillness to this seated figure’s face – as though the metaphysical abstraction swallowing him is really an extension of his own being, which only appears monstrous as an alienated entity.

While decidedly celebrating the birth of a new counterculture, Williams’ works feel somewhat restrained, even stately. At the same time, he doesn’t shy away from flirtations with the prospect of lysergic messiness. Portraying different media and technologies (flying cars, musical instruments, spacesuits, and more-than-tellurian communication tools), Williams shows how these might help shape a collective ideal rooted in Afrofuturism. To the extent that the people of the future people will be dependent on technology to express themselves and survive, Williams tends to highlight the less-than-stellar limitations of space-age instruments, foregrounding the clash between ethics and technological determinism.