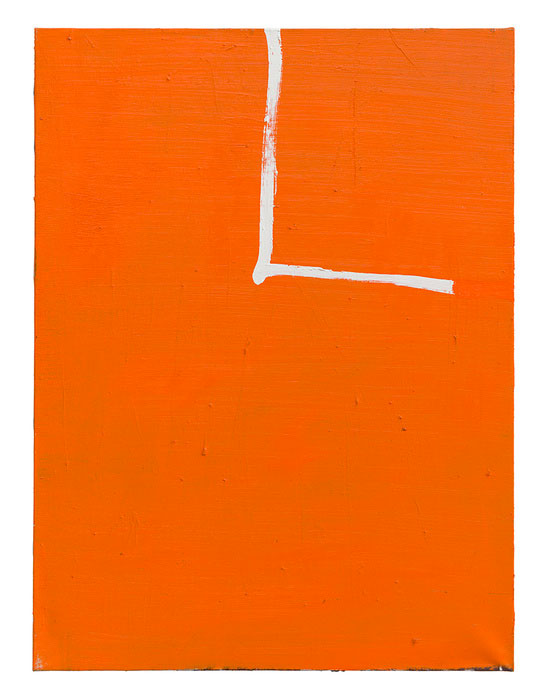 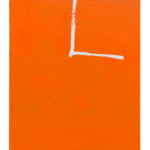 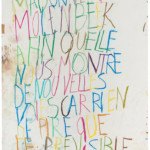 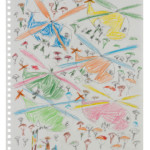 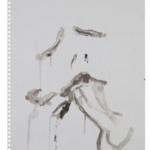 Beginning 27 June 2017, Hauser & Wirth will present an exhibition devoted to the work of Belgian artist Philippe Vandenberg (1952 – 2009). Curated by Anthony Huberman, director of the CCA Wattis Institute for Contemporary Art, San Francisco, the exhibition features more than 150 paintings and works on paper completed in the last years of the artist’s life. Unwavering in his willingness to explore even the most extreme dichotomies of human experience, Vandenberg employed a distinctive approach to gesture, color, text, and form. The result is a body of work of raw urgency that provokes a range of complex emotional responses.

A significant figure in contemporary art in Belgium, Vandenberg rose to international prominence in the 1980s with works that combined personal narratives with literary, art historical, and philosophical references. Teeming with images, symbols, and words that touch upon themes of war, religion, sexuality, and death, his oeuvre includes a staggering range of motifs and techniques; it is filled with haunting narratives, lively abstractions, and cryptic fragments of language. Central to the continual experimentation and stylistic shifts that characterize Vandenberg’s diverse body of work is his self-described ‘kamikaze’ attitude: a firm belief in destruction as the prerequisite for creation.

Unfolding across three gallery floors, the exhibition traces the approaches and images that characterized Vandenberg’s last years. Paintings and drawings made between 2006 and 2009 explore his increasingly obsessive investigations into the tensions between language and abstraction, words and wordlessness. Introducing this theme is ‘No title’ (2009), in which Vandenberg scrawled the words ‘a man says nothing, he paints’ in colored pastel on the surface of the page, asserting the contradiction between the use of language and the limitations of what language can convey. In many of Vandenberg’s later works, words are incorporated as fragments, reading simultaneously as angry declarations and ambiguous incantations. An accomplished draughtsman, the artist relayed these messages with precise yet frenetic line-work that conveys a sense of urgency.

Often pushing his use of language to an extreme, Vandenberg created hundreds of works on paper saturated with enigmatic words and phrases in French, English, German, and Spanish. In one gallery of the exhibition, a dense grid of drawings becomes a paradoxically resounding and destabilizing force, with simple phrases and words repeating until they become strangely unfamiliar.

As part of his studio practice, Vandenberg filled hundreds of sketchbooks with drawings of figures and abstract shapes that repeat in varying geometric patterns and give form to an enigmatic personal iconography. Attributing a therapeutic power to his work, Vandenberg steadfastly believed in the healing effect of his practice: ‘The drawing – the image – will be my language. I must never stop drawing. The drawing will contain the inexpressible and it will protect me. The incantation can begin. The ritual has been born.’

On view for the first time in the exhibition at Hauser & Wirth is a complete example of one of Vandenberg’s drawing books, which reveals an intimate, diary-like form of expression. More than one hundred pages of fervent and immediate drawings vacillate between abstraction and representation, revealing an inherent narrative structure, as intricately articulated systems of images accumulate, intersect, morph, and diverge again. Here the viewer sees Vandenberg’s propensity for repetition, a strategy the artist applied throughout his career: ‘Compared to the menacing chaos that unfolded beyond the sheet, [drawing] brought me peace. I still endeavor to find that sense of security within the structure of the square, and to capture a mystery without giving anything away.’

In stark contrast to the immediacy of his works on paper, a selection of Vandenberg’s late monochromatic abstract paintings shows the artist often painting over earlier works, building up layers of images and colors. His annihilation of previous paintings renders surfaces powerful in their physicality, scarred by countless additions and erasures. These works include ‘No Title’ (2008), in which words and images are visible just below a densely textured surface, hinting at past dialogues embalmed within the canvas. Similarly, another untitled painting nearby, ‘No Title’ (2008), incorporates fragments of representational imagery into the otherwise abstract and seemingly blank composition. The dark surface of the canvas is interrupted by the spectral image of a tank – a literal manifestation of the ‘battleground’ that is Vandenberg’s constant negotiation between abstraction and figuration.

The motif of the ‘battle’ is explored in more explicit terms in a series of works on paper that depicts boxing gloves, helicopters, and mazes. Works from the series, ‘No title (from the book ‘Le livre le plus long’ / ‘The Longest Book’)’ (2003), feature a text describing the conflict between the mind and the gut, underlining Vandenberg’s enduring struggle to reconcile language with abstraction and acumen with instinct. With these elements resurfacing time and again, Vandenberg’s diverse oeuvre reads as an endless cycle of endings and successive beginnings, where destruction inevitably stimulates creation.