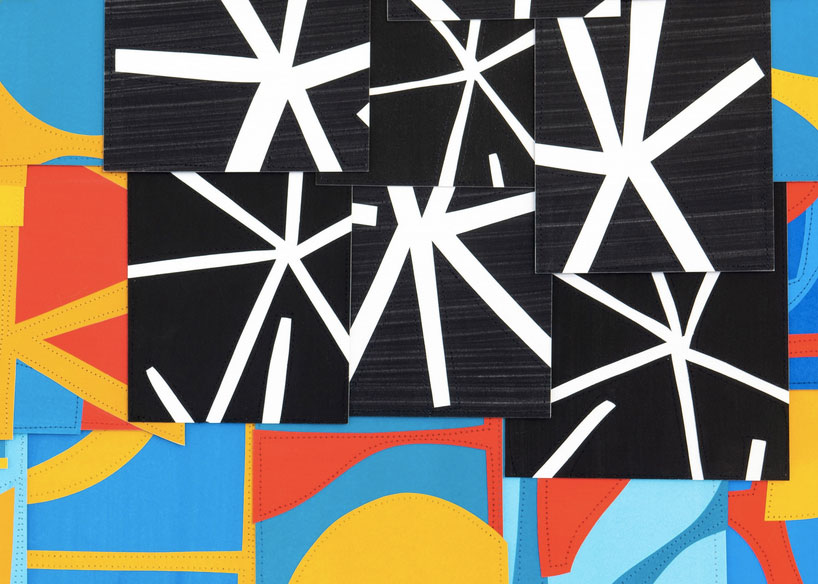 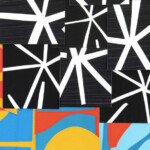 Margaret Thatcher Projects is excited to present “Mellifluent”, the inaugural solo-exhibition of Raymond Saá, as a represented gallery artist. “Mellifluent” investigates process and the interplay of color through new gouache collages of sewn paper, and large-scale, collaged canvas paintings.

“Mellifluent”, an early 17th century Latin word meaning “flowing with honey,” is typically used when referencing sound and musical compositions. As it relates to aesthetics, the shingle-like layering of Raymond Saá’s gouache on paper collages creates a visual melody of vibrantly colored “post-cards,” as the artist refers to them. Each individual postcard is a unique building block within his cyclical process of painting, cutting, and sewing, which is an integral part of art making practice that was fostered through his upbringing as the son of a seamstress.

Deriving from this process, the works featured in “Mellifluent” experiment with scale as Saá transforms the process of making his paper collages into sizable, oil-on-canvas paintings, made up of organically shaped canvas cut-outs, which feature beautiful stitching along exposed hemlines, that are often configured into bold narratives of color and form.

Born in New Orleans, LA and raised in Miami, FL, Raymond Saá currently lives and works in New Jersey. He graduated from the New World School of the Arts, Miami in 1991 and received his B.F.A. from the Maryland Institute College of Art, Baltimore in 1995. In 1996, he studied at the Kunstakademie, Dusseldorf Germany and in 1997, he graduated with an M.F.A. from Parsons School of Design, New York City, NY.