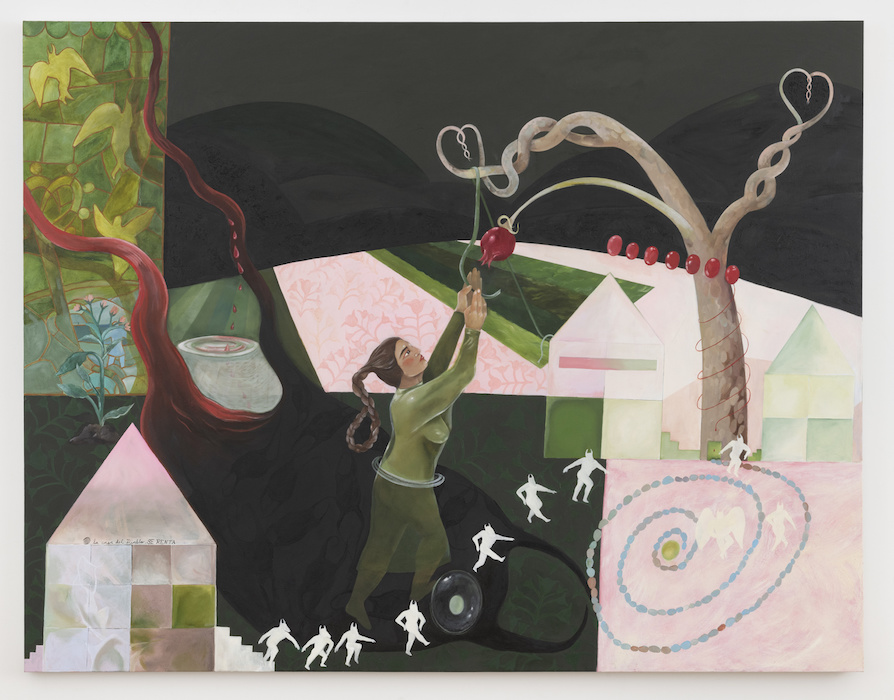 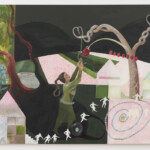 Unearthing realities buried beneath layers of distorted visual understandings of historic representation, “Recovery” focuses on the notion of “insurgent commemoration”, defined by social justice scholar Roger Simon as “attempts to construct and engage representations that rub taken-for-granted history against the grain so as to revitalize and rearticulate what one sees as desirable and necessary for an open, just and life-sustaining future.” Forming alternative monuments for the living, “Recovery” gives a diverse range of narratives a voice, a platform and a meeting place. Building upon P·P·O·W’s rich programmatic history, “Recovery” brings together new works by gallery artists Dinh Q. Lê, Carlos Motta, and Chiffon Thomas along with Dread Scott, Faith Wilding, Carlos Reyes, Harry Gould Harvey IV, Brittni Ann Harvey, Daniel T. Gaitor-Lomack, Rajkamal Kahlon, Alex Ito, and Astrid Terrazas.

Together, the works exhibited in “Recovery” transform the gallery into both a devotional and construction site; an architectural space that is simultaneously coming apart and falling together. With three new psychologically charged sculptures, Chiffon Thomas displays their emblematic resourcefulness, utilizing materials such as concrete, rocks, nails, rebar wire, and wooden planks. Painted in white and emanating light, one of Thomas’ works will be suspended by an electrical lift at specific times throughout the day, acting as a kind of lighthouse, watchtower, or guiding phantom. In another spectral installation, “Never Forget, Never Forgive: They Left Us to Die” (2006), Dread Scott memorializes individuals killed by Hurricane Katrina. Destroyed and remade whenever exhibited, the wheat-pasted posters on plywood panels with “Post No Bills” stenciled overtop detail how each of the remembered souls lived and died and are based on “martyr” posters of Palestinians killed by Israel pasted all over Palestine. Bearing witness to yet another facet of American life, Carlos Reyes‘ saltwaterfarm serves as a monolith of residue. Comprised of 5,264 plastic egg crates, hollowed out chicken eggs, and industrial sand, Reyes’ towering translucent structure confronts the repetition, accumulation, and constraint of our society.

Building upon the ecological corrosion hinted at in Reyes’ work, pioneering eco-feminist Faith Wilding‘s papyrus scrolls address the environmental deterioration in her lifetime, specifically in South America and her native Paraguay. Recording recent on-the-ground research into her birth country’s ongoing ecological crises, Wilding documents in watercolor, gold leaf, and handwritten ink, the metamorphosis of the natural world through human intervention and destruction. Similarly preserving ancient and ancestral ties, Dinh Q. Lê utilizes a traditional Vietnamese mat weaving technique learned from his aunt in his ongoing “Monuments & Memorials” series. Presenting a new photographic weaving, the artist combines an image of Tou Sleng (S-21) High School in Cambodia which was turned into torture center by the Khmer Rouge from 1975 to 1979, now a memorial museum, with a wall carving of the 10th century Cambodian Temple, Banteay Srey, now considered a monument. Using photography as both a technology for image making and an apparatus for distributing ideological narratives, Dinh Q. Lê reveals the failings of individual memory and collective perceptions.

In this critical time of re-evaluation, “Recovery” explores questions of how to inhabit space with renewed urgency. Through the process of art-making, we record, recount, and recover previously silenced truths that the essentialism and prejudices of visual politics have not been able to suppress.

Rajkamal Kahlon (b. 1974, Auburn, CA) is an American artist living and working in Berlin.

Dinh Q. Lê (b. 1968, Ha Tien, Vietnam) was born in a Vietnamese town near the Cambodia border.

Carlos Motta (b. 1978, Bogotá, Colombia) received his MFA from Bard College and completed the Whitney Independent Study Program in 2006.

Chiffon Thomas (b. 1991, Chicago, IL) holds an MFA from Yale University and a BFA from The School of The Art Institute of Chicago.

Faith Wilding (b. 1943, Colonia Primavera, Paraguay) emerged at the forefront of feminist art in Los Angeles during the late 1960s and 1970s.