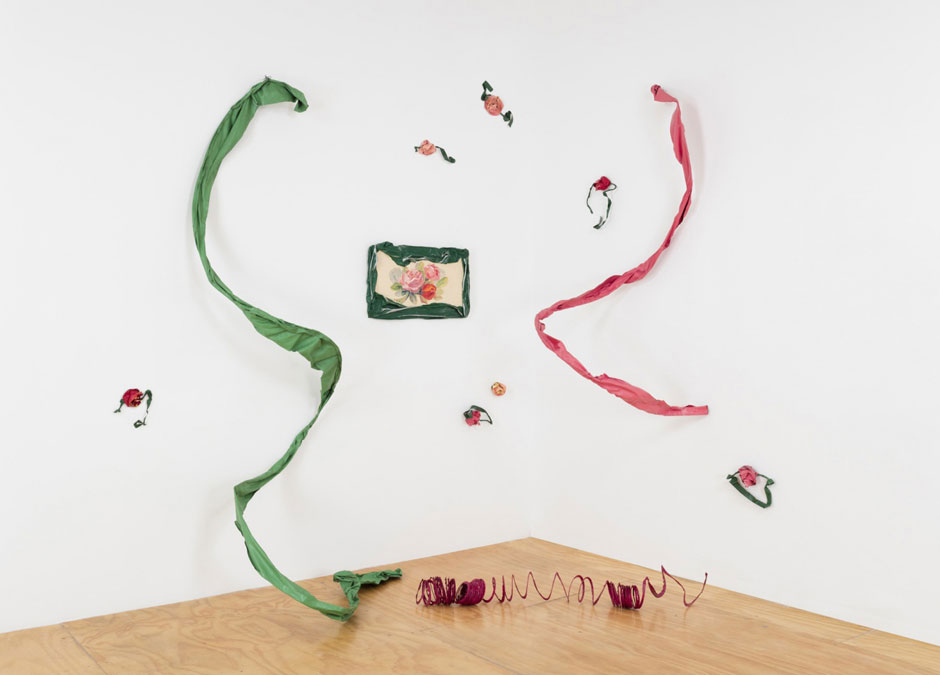 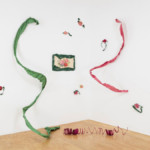 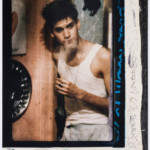 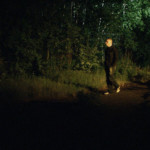 Alexander and Bonin is pleased to announce the opening of their newly-renovated gallery at 47 Walker Street in Tribeca on Saturday, October 15, 2016 with solo exhibitions of the work of Ree Morton, Mark Morrisroe, and Willie Doherty.

Ree Morton came to prominence in the late 1960s, at the intersection of post-minimalism and the formative period of installation art. The exhibition at Alexander and Bonin will include several rarely seen works, including “Column Piece”, which was in a four person exhibition at LoGiudice Gallery in 1972. “Column Piece” maps the physical space of the gallery by outlining a rectangular area with painted faux bricks, which encircle a 6 x 10-foot painting mounted on a wheeled platform. The painting itself delineates a topography of the newly created space. “Something in the Wind” is comprised of hand-sewn and painted flags, each of which names a close friend, family member, or fellow artist. First displayed rigged to the masts of the Lettie G. Howard, docked at the South Street Seaport during the Summer of 1975, the flags were also included in a lifetime exhibition a year later at the University of Rhode Island, Kingston. “For Kate” (1976) exemplifies Morton’s confluence of painting, sculpture, and constructed ‘environments.’ Installed in a corner, a painting of roses is bracketed by two large ribbons unfurled in space and embellished with three-dimensional roses. Primarily constructed of celastic – a malleable plastic material which Morton manipulated into shapes resembling fabric – “For Kate” was shown in a faculty exhibition at UC San Diego in 1976 and recently reassembled for Morton’s 2015 retrospective at the Reina Sofía, Madrid.

On the lower level, a selection of photographs by Mark Morrisroe will be on view. Morrisroe’s work was intrinsically tied to his elaborate personae and personal sexual and social relationships, for which he combined the diaristic with the melodramatic. He grew up in Boston and later attended art school, before moving to New York City in the mid-1980s. He worked with the immediate medium of Polaroid and experimented with various photographic processes, one of which being his elaborate “sandwich prints.” The works on view at Alexander and Bonin include eight C-prints from this series – enlargements of double negatives of the same subject mounted on top of one another, which he would often manipulate, color, paint, and write on. The entirety of Mark Morrisroe’s estate is in the Ringier collection and housed at Fotomuseum Winterthur. As a result, only those works sold or given to friends during the artist’s brief lifetime are in circulation.

Willie Doherty‘s “Passage” (2006), a single channel projection will be installed in the lower level video gallery. In his video installations and photographs, Doherty has addressed problems of representation, territoriality, and surveillance as well as the politics and rhetoric of identity, especially in his native Northern Ireland. Shot at night in the waste ground near a motorway that is audible in the background, Passage follows two men as they walk toward each other from opposite directions. The men are unaware of each other’s presence until they meet at an underpass. As they pass, each man looks back over his shoulder at the other and continues to walk. This moment of recognition and tension is repeated again and again in a sequence of cuts that shift from one figure to the other, confusing expectations of any potential narrative closure.