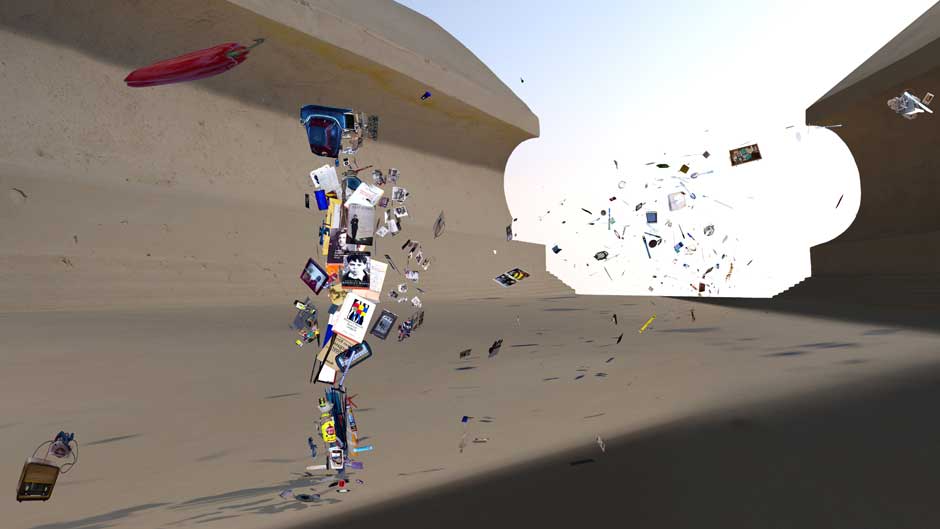 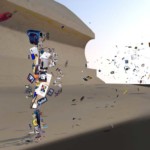 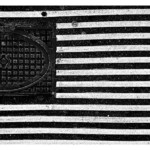 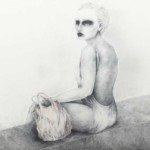 The exhibition begins in a darkened room, with music. It ends in the transit centre for asylum seekers in Oerlikon. Culture and politics meet head-to-head in this new exhibition trilogy “refaire le monde” at Helmhaus Zürich, where politics, fine art, film and music draw the public into an ever-evolving engagement with the burning issues of our day: migration and climate change, sustainability and responsibility, isolation and communication overload.

Of course, there is always the question of what should be on view in a cutting-edge contemporary art venue – and what culture today is all about. It is about the sheer unbearable juxtaposition of baroque music and migratory fate. It is about how “normal” western Europeans and migrants perceive the world around them. And it is about the tensions resulting from these differing perceptions. The exhibition is constructed and staged in a way that jolts the visitor from one viewpoint to another. From the up-close, personal and private life to the wider arena of social and public life. From the intellectual to the emotional, from politics to culture and from fine art to film and music. The intensity of this roller-coaster ride is hard to stomach. It demonstrates just how powerful the forces are that we face on a daily basis, and what forms of co-existence and simultaneity we have to tolerate – unless we choose to sit back comfortably and vegetate in the impotence of our own lack of orientation, or opt out of the decision-making process entirely to wallow in consumerism instead. For those who decide to spend their time actually facing up to these inequalities, Helmhaus has a few eye-openers to offer. Here, beauty and horror stand side by side.

The exhibition trilogy “refaire le monde”, curated by Simon Maurer and Daniel Morgenthaler, is a labour of love. It is intended as a wake-up call. It aims to do more than just shift perceptions about the world, or even change it. Instead, it is based on the premise of what might be if all our reservations and prejudices were swept away. What if we could start afresh and refaire le monde? Let’s begin.

The title comes from Geneva-based Italian artist Gianni Motti. Motti’s inimitable blend of occultism and global clairvoyance, of jocularity and earnestness, even within the same room, has made him something akin to the conscience of the international contemporary art scene. He puts his stamp on the second, and central, exhibition in the trilogy – “refaire le monde * EX-POSITION” features an excruciatingly beautiful work that may well go down in Museum history, just as another exhibition did 15 years ago even though it was cancelled: Motti and Christoph Büchel had planned to hide a cheque for CHF 50,000 (the amount allotted for their exhibition) in the empty Helmhaus – and whoever found it would have been that much richer. The third part of the trilogy, scheduled for autumn, channels a series of suggestions: “refaire le monde * PROPOSITION”.

A precursor of this type of exhibition combining politics and culture can be found as far back as 1991 in “dazwischen”, held at the Kammgarn Kulturzentrum in Schaffhausen. Photographs of the Iraq war by Thomas Kern were shown alongside abstract paintings by Harry Jo Weilenmann – and the viewers were caught “in between” (dazwischen). The exhibition “Wald / Explosionen” (2001) at Helmhaus was overtaken by the events of 11 September that same year. And the exhibition series “Welt – Bilder”, from 2005 to 2016, curated by Andreas Fiedler and Simon Maurer, juxtaposed works by war photographer James Nachtwey with images of enchanted forests by Axel Hütte.

For many years now, the exhibitions at Helmhaus Zürich have interwoven the political with the aesthetic – based on the premise that art within the museum should relate to life in the outside world (even if and when art is antithetical to that life). Art should engage directly with the political, or should at least allow it enough space and strength to give pause for thought and reflection in order to come to some conclusions. Conclusions that lead to other values and world views. This endeavour must also be an experiment in its aims, for it is driven by nothing less than the pursuit of cultural action, which cannot be satisfied with simply being decorative and pleasing. Instead, it has to place a finger in the wound – in quest of critical and progressive change, new ideas, new attitudes and new acts.

Artists
The exhibition “refaire le monde * POSITION” kicks off with the US flag. Wait, no – that isn’t the US flag at all. It’s a manhole cover on Zurich’s Langstrasse with white stripes for the blind marked out on the tarmac beside it. And yet what we see in the black-and-white photograph by A.C. Kupper in the foyer is, at first glance, the American flag. This shows just how our own obsession with western symbols blinds us to otherness – to those who are truly groping around in the dark, to the global south as a place of non-commercial inspiration, to that which has been dubbed from on high as a “shithole”.

So it is only logical that, in the first room, we really do become blind. In the pitch dark, we hear sounds, or something which, as time goes on and as our eyes begin to adjust to the gloom, we recognise as a choir. We are hearing the latest compositions by Vincent Glanzmann, who was recently awarded a one-year musical residency (Werkjahr Musik) by the City of Zurich. At times the sounds almost make us catch our breath. At times mellifluous, at times conjuring catastrophic images. There, in the darkness, they recalibrate our hearing and our vision.

H.I.F. Biber’s 17th century Mystery Sonatas are meditations on the highs and lows of life. Originally devoted to the concepts of suffering and temptation on which the Christian faith is based, they also have a universal, abstract meaning. Performed by Maya Homburger with the Camerata Kilkenny & Barry Guy, they appeal directly to the emotions in a way that only music can. Barry Guy’s composition “Ceremony” (1995) for solo violinist Maya Homburger refers to Biber’s “Mystery Sonatas”, to meditation and to the ritual song of the Navajo. The music is thus a kind of initiation into an emotional universe that accompanies the visitor throughout the exhibition.

It is an initiation into a world in which, at first, we have no say at all. In “Meeting Room” (2007), notoriously brash Geneva-based Fabrice Gygi has come up with a characteristically assertive response to the exhibition title refaire le monde. We see a conference table at which we are not allowed to sit, and a projected presentation in which we see nothing – blindness yet again. This, too, is one of the POSITIONS, as per the title, that an artist can take today. The decisions are always foregone conclusions. They have already been made. We, as individuals, observers of art and artists have very little say in anything. The question is: How much longer do we want to keep on accepting that? While the decision-makers are physically absent in Fabrice Gygi’s installation, absence also plays a decisive role in the next room, containing a piece by Pascale Birchler. Following the cold aloofness and emptiness of the political and business arena, what we find here is direct, private and intimate. This, too, is initially cold and sleek. How can we connect with the other, with the others, with otherness? How can we be reached, and how can we reach out? What lies behind the smooth facades of the western world? Birchler’s work confronts us with these questions – sensorily, painfully, touchingly.

For us, as exhibition curators, there is also the burning question of how we reach out to connect with the visitors, the others and otherness. In “An Exhibition For You” we left an empty wall to ask questions of an as yet unknown You. The questions and comments soon went far beyond the scope of the given framework. We hope that our Refaire Wall will also push boundaries and break with convention: Refaire le monde? Yes, but how?

Bertold Stallmach is constantly rethinking the world, as well as his own artistic approach to it. This Zurich-based artist came to attention with his stop-motion films in which he shaped figures based on the psychological abyss of the human mind. For his latest film work, Stallmach has adopted digital animation techniques. The actors are quite literally composed of the things they possess. Is that not just how we are? Do we not define ourselves increasingly through our possessions? And what remains of us when we finally give up these things?

The documentary film “cahier africain” by Heidi Specogna is about a school notebook containing witness statements from three hundred young girls, women and men abused and raped during the civil war in the Central African Republic. The Swiss film director spent seven years following the lives of war-injured Arlette and of Amzine, whose daughter Fane, conceived through rape, is a constant reminder of this painful event. Though originally intended to show how these maltreated women were coping in peacetime, war soon broke out again. The notebook with the witness statements contributed to the first ever judicial indictment of a warlord before an international tribunal.

Fleeing from war, too, are the Asylum Seekers who live in the transit centre of former Trade Fair Hall 9 in Zurich-Oerlikon. Most are from Afghanistan, Syria and Eritrea. There are currently some 160 people of all ages living there. At first, in 2015, there were twice as many. Raphael Perret engages with a group of them to address the questions arising from this new life. The refugees do “the job” themselves, documenting their daily lives inside and outside Hall 9, which is represented in the exhibition by a reconstruction of their living quarters. The asylum seekers are asked to describe the positives and the negatives – together with them and the exhibition visitors, Perret asks how we can reach a point where things become better.