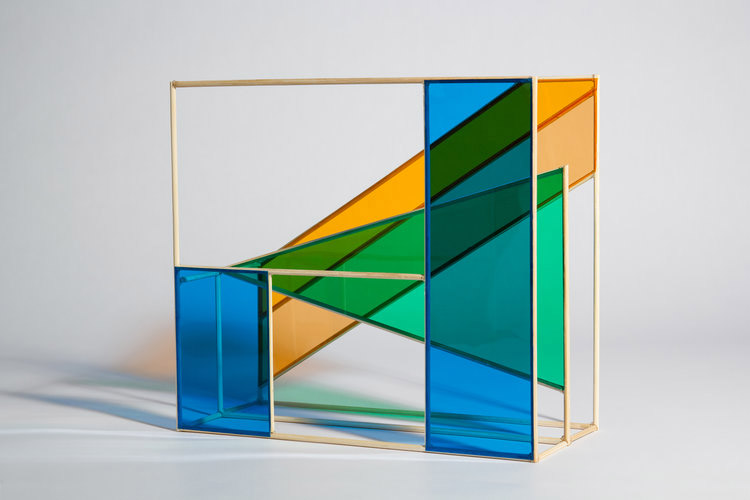 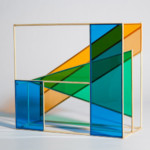 Jane Lombard Gallery is pleased to present “Each Number Equals One Inhalation and One Exhalation”, the third solo exhibition by Canadian artist duo Richard Ibghy & Marilou Lemmens in the United States. The exhibition features a series of recent sculptures, new works on paper and a video which present a continuous engagement with labour and performance and the systems of measurement used to evaluate them.

“Each Number Equals One Inhalation and One Exhalation” (2016-ongoing) is a series of small sculptures that materialize graphical representations concerning human productivity from the mid-nineteenth century to the present in a wide range of disciplines, including work science, scientific management, economics and psychology. Some of the diagrams characterize early twentieth century attempts to visualize the movement of working bodies to improve factory processes while others present data concerning the impact of a number of technological, psychological and organizational factors on efficiency.

In their work, Ibghy & Lemmens often employ simple construction techniques using wood, thread, metal, wire and acetate to playfully translate diagrams found in their research into handmade tridimensional models. Through these operations, they question the means by which graphical representations transform complex ideas about human action into systematised forms, and reveal the relationship that exists between the diagrammatic and mental space, which is to say, how diagrams create forms of thought.

“Real failure needs no excuse” (2012) is a single-channel video which consists of a series of actions filmed in an empty office building in Glasgow that investigates the transgressive potential of non-productive action and its relation to labour, the workplace and the imagination. The video presents a continuous flow of actions in which materials are ordered, piled, and assembled in various configurations. Precariously balanced structures, visible for only a short time, collapse (because everything, eventually, collapses) to make way for new shapes and arrangements. If we can think of the performer’s actions as a kind of labour, then it is one that postpones indefinitely an end result. In its constant stream of action, it remains forever in the realm of the making where nothing ever gets made; in the realm of production where nothing ever gets produced.

On the occasion of the exhibition a brochure will be published with an essay by Gregory Volk, art writer and independent curator.