Risaku Suzuki – Between the Sea and the Mountain – Kumano 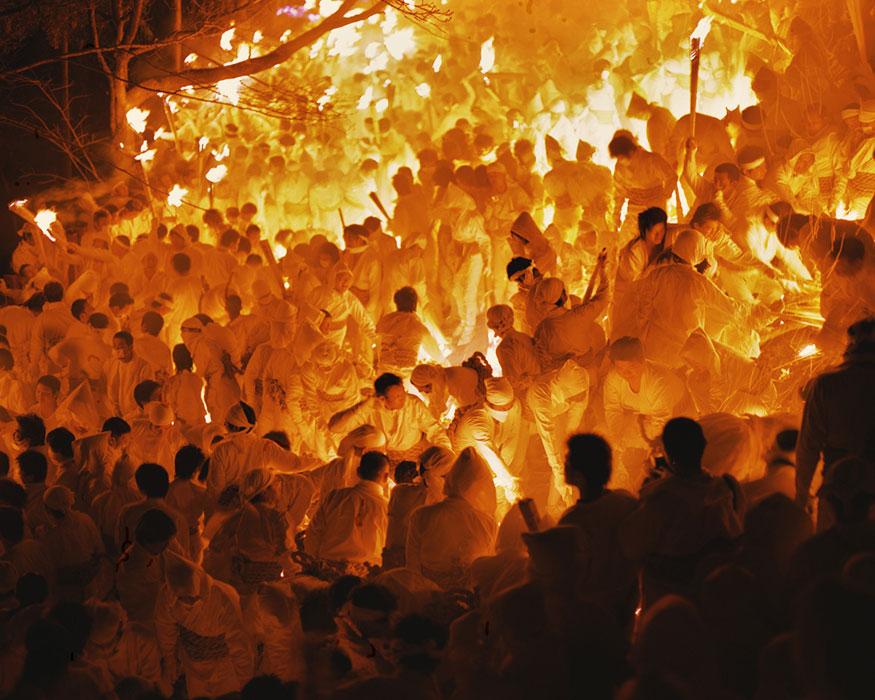 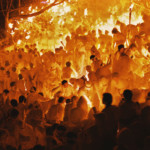 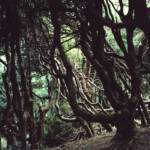 The theme of “Between the Sea and the Mountain – Kumano” is the shooting of pre-mythological landscapes. The series records the path starting at the sea and leading to the mountains via the Kumano Kodo pilgrimage route, which was created through years of work by both man and nature. In our contemporary society flooded with photographs shot with digital cameras and cell phones, the act of looking at photographs is frequently carried out as a means to confirm known information, making any surprising visual experience rare. This situation has forced Suzuki to become self-conscious about the photographic medium. Suzuki aimed to capture the landscapes of Kumano that ancient peoples saw and identified as mythic sights. He strove to capture primordial landscapes that were seen before people learned to read and define objects of their gaze cerebrally. In this series, he released the shutter in response to light, wind, and sound in order to incorporate fluctuations in the external environment.

“Beyond the Realm of Time” is a series comprising photographs of the Oto festival and Nachi Falls of the Kumano region. The Oto festival is held annually on the night of February 6 at Kamikura Shrine. It is the oldest fire festival in Japan. The Nachi Falls originally comprises 48 falls in the Nachi Mountains, which is considered a sacred place by nature worshippers. In this series, Suzuki has reorganized the photographs, which he shot using a 6×7 camera between 1995 and 2004, in sequence. He has said in regards to this series, “The reason I dared to photograph subjects like fire or light, which came out overexposed, was that I wanted to make a work containing the white color of the printing paper which resulted from the brightness of the subjects over the latitude of the film. A photograph cannot be called a photograph without an “image,” or the subject in it. That is, the white printing paper is just a “matiere” which is never considered as a photograph. l wished to approach the boundary between the photograph and the white printing paper.” The photographs of the waterscapes of Kumano will be on view at Taka Ishii Gallery Photography Paris, while the works capturing the fire festival will be shown at &co119. The exhibition at &co119 will include five works from the “Beyond the Realm of Time.”

Risaku Suzuki was born in 1963 in Wakayama Prefecture. Suzuki began using photography as medium for his creative output after graduating from Tokyo College of Photography Research Department in 1987. In 1998, KUMANO, his first photo book-comprising images of his hometown Kumano-was published. In 2000, he received the 25th Kimura Ihei Award for his book PILES OF TIME. He began teaching at the Department of Intermedia Art, Tokyo University of the Arts in 2006. In 2010, he established the “Photo Secession Group” with other Japanese critics and photographers, all born in 1963. Suzuki has shown internationally, with solo exhibitions in New York, Zurich, and other cities. In addition to photographing Kumano, which might be called his lifelong project, he has used different approaches to shoot a variety of subjects, ranging from cherry blossoms, snow, Mt. St. Victoire in the South of France, and Cezanne’s studio. His various projects, however, consistently display a critical awareness of the act of seeing and the unique characteristics of the photographic medium. His major solo exhibitions include “Stream of consciousness” (Marugame Genichiro-Inokuma Museum of Contemporary Art, Kagawa and Tokyo Opera City Art Gallery, 2015-2016), “Water Mirror” (Kumanokodo Nakahechi Museum of Art, Wakayama, 2016), and “kumano, yuki, sakura” (Tokyo Metropolitan Museum of Photography, 2007). His works are included in the collections of the San Francisco Museum of Modern Art; Museum of Fine Arts, Houston; National Museum of Modern Art; Tokyo, and Tokyo Metropolitan Museum of Photography.