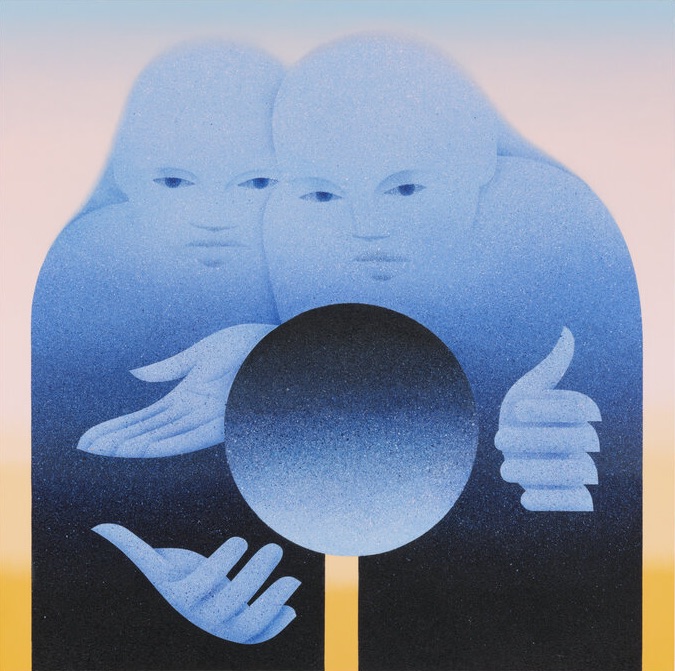 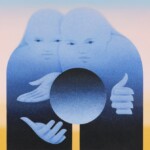 P·P·O·W is pleased to present Robin F. Williams’ “Out Lookers”. Known for her large-scale paintings of stylized, sentient, yet ambiguously generated female figures, Williams employs a variety of techniques, including oil, airbrush, poured paint, marbling, and staining of raw canvas to create deeply textured and complexly constructed paintings. Building upon previous visual investigations into the coded narratives of American media, “Out Lookers” extends Williams’ oeuvre into the supernatural with a new cohort of ghosts, cryptids, witches, and trolls. The paranormal subjects on view in this exhibition serve as prisms, casting light on a spectrum of female identities that contemporary society has all too often mistrusted, scapegoated, and demonized.

Combining a masterful technical understanding with an innate sense of curiosity, Williams imbues her atmospheric portraits with a distinctly contemporary sensibility. Williams draws much of her inspiration from social media platforms such as Instagram, TikTok and YouTube. This new frontier for what Williams defines as contemporary folk art enriches her already layered approach to painting. Using an assortment of materials, including Flashe vinyl paint which gives a matte effect often used for industrial signage, Williams fuses practices from these social media channels with references to early modernism, pop culture, advertising, and cinema, to challenge the systemic conventions around representations of women.

Ebbing between abstraction and figuration, Williams subverts the conventional figure-ground relationship to transform restrictive female tropes into expanded matrices that transcend the body. Williams’ assembly of apparitions reclaim their consciousness, gazing outward at the viewer, they do not seek to be known. Williams explains, “Their bodies are windows into systems. They are unsolid and can’t be understood or blamed, but instead reveal something bigger than themselves.” In “Out Lookers”, Williams explores the flawed, malicious, menacing, and wild female characters from B-movies and cult classics which tend to argue that the flaws of women are inherently more dangerous than the flaws of men. “They make tidy stories out of this belief,” Williams asserts. “My paintings are looking to untidy those stories and test these cultural contradictions.”

In conjunction with “Out Lookers”, Pace Prints will present “Final Resting Face”, Williams’ first exhibition of fine art prints. These exhibitions will be accompanied by a collaboratively produced monograph featuring an essay by acclaimed author Carmen Maria Machado as well as a dialogue between Williams and Pace Editions’ master intaglio printer Sarah Carpenter.