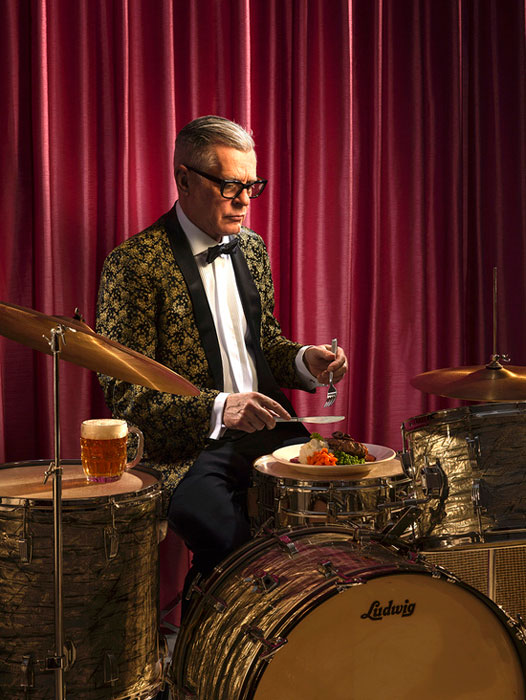 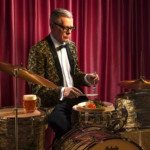 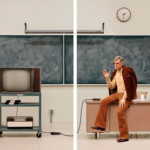 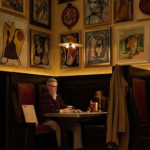 Since the 1980s, Vancouver-based artist Rodney Graham has grown his diverse practice to encompass photography, painting, sculpture, film, video and music. As actor, performer, producer, historian, writer, poet, sound engineer and musician, Graham shifts seamlessly into different roles and characters. For his exhibition at Hauser & Wirth Zürich, Graham presents a new series of his signature photographic lightbox works – elaborate, allegorical and witty compositions focusing on his use of the self-portrait to explore scenarios from our collective cultural memory. In addition, two new collage series that reference Graham’s artistic personae and career as musician are displayed for the first time. The presentation precedes the artist’s retrospective at BALTIC Centre for Contemporary Art, Gateshead, England in March 2017, subsequently travelling to the Irish Museum of Modern Art, Dublin, Ireland.

In Graham’s lightbox works each image is a fictional self-portrait with the artist in costume but always recognisable, portraying a vast array of characters. From the props and their placement within the frame, to the elaborate costumes and stage sets, each scene – either in his Vancouver studio or in public facilities around the city – is purposefully constructed and executed with an exceptional degree of technical expertise and humour. In ‘Dinner Break (Salisbury Steak)’ (2017), Graham takes the guise of a 1960s jazz drummer breaking for dinner during a performance at a nightclub, his hands poised with knife and fork above the plate as if they were drumsticks. The set for ‘Antiquarian Sleeping in His Shop’ (2017) is drawn from visits to various antique shops around Vancouver; Graham plays a collector sleeping amongst the menagerie of objects. ‘News Paper Spy’ (2017) belongs to an ongoing series that utilises newspapers. Here Graham hides cartoonishly behind a newspaper with cut eyeholes, making subtle reference to Marcel Duchamp’s famous last work ‘Étant donnés’ (1946 – 1966) and Pablo Picasso’s appropriation of African masks.

The exhibition’s title, ‘Media Studies’, relates to the large number of works that take film and media for their subject. ‘Coat Puller’ (2017) layers manifold cinematic references – the photograph’s dramatic, foreboding shadow is reminiscent of German Expressionist films such as ‘The Cabinet of Dr. Caligari’ and the set mimics Alfred Hitchcock’s early film ‘The Lodger’, which takes place in a 1920s boarding house. A male figure leans for his coat, the photograph capturing the beauty of a mundane and awkward action, much like Eadweard Muybridge’s studies of motion. ‘Media Studies ’77’ (2016) gently mocks the inception of Media Studies as an academic subject – a dandy-esque Professor clad in flared corduroy trousers, suede jacket and sunglasses, casually smokes at the front of his classroom in which both the chalkboard and TV screen are blank.

‘Media Studies’ also offers the opportunity of viewing two new collage series. Like so much of Graham’s work, they revel in nostalgia and historical pop culture. In the group of small-scale collages on board, glossy images of Dean Martin and Alain Delon ripped from magazines are pasted alongside scraps of texts and vintage adverts, then overlaid with brightly coloured spray-paint. The large-scale collages are realised on canvas or linen and read as paintings. The collage elements are drawn from a cache of Circus, a 1980s rock magazine that championed the era’s ‘hair metal’ bands. In some, the magazine pages are attached with gesso, in others, peeled-off revealing a transfer of the image akin to the effect used by Robert Rauschenberg. Graham cites Robert Rauschenberg and Franz West as his primary inspiration for the series, stating ‘I am interested in using these images in a formal way. I often obscure the former rock stars to make them anonymous. I could almost say the subject matter is of no particular interest to me, except, ironically, as a repository for obsolete fantasies’. Premeditated or not, the musical references in this body of work speak to Graham’s bond with and lifelong interest in music and its history.

‘Rodney Graham. You Should Be An Artist’ at Le Consortium, Dijon, France is on view until 19 February 2017. A retrospective will be staged at BALTIC Centre for Contemporary Art, Gateshead, England in March 2017, subsequently travelling to the Irish Museum of Modern Art, Dublin, Ireland.

Starting out as a guitarist in the alternative Canadian punk scene of the 1970s, Graham has been producing music for over 30 years and has released several albums with his band.