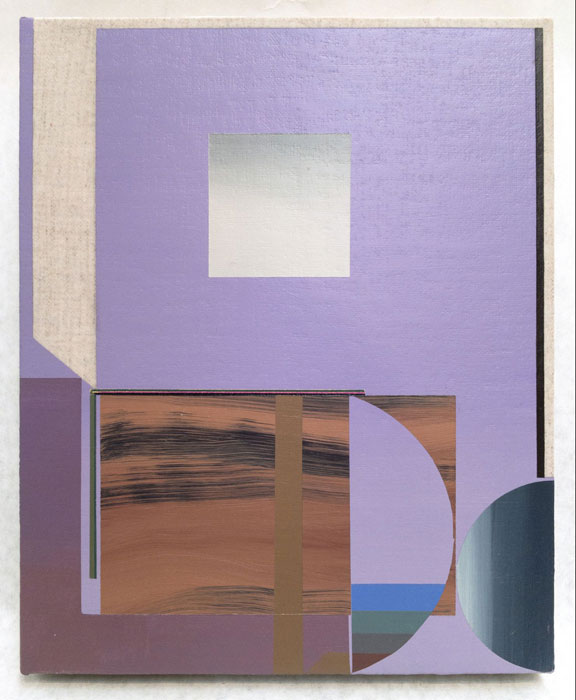 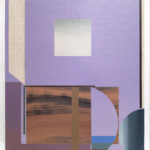 This show, entitled “Aft Key”, includes three bodies of work made between 2017 and 2018, which take as their subject the late Spanish poet Angelico Morandá’s interests in ideas of time, ontology, sound, and mantras. Here, “aft” is to be read as a shortened version of the preposition, after, which, for Morandá, denotes the middle stage of descent (or diagonal time). Diagonal time can be thought of as the line that links the metaphysical world of the vertical (concerning the intellectual, conscious, cosmic) with the horizontal (considering the terrestrial, pausal, dreamlike), within the right triangle structure that informs Morandá’s poetry and meditative practice. “Aft” is thus both between space but also beyond, converging backward in time to the present in a cyclical triangular motion. In this way, form leads to concept and concept back into form, as Ghenov mines the rich philosophy of the poet to create his own lyrical, mystical paintings.