Sabine Hornig – This Is No Time 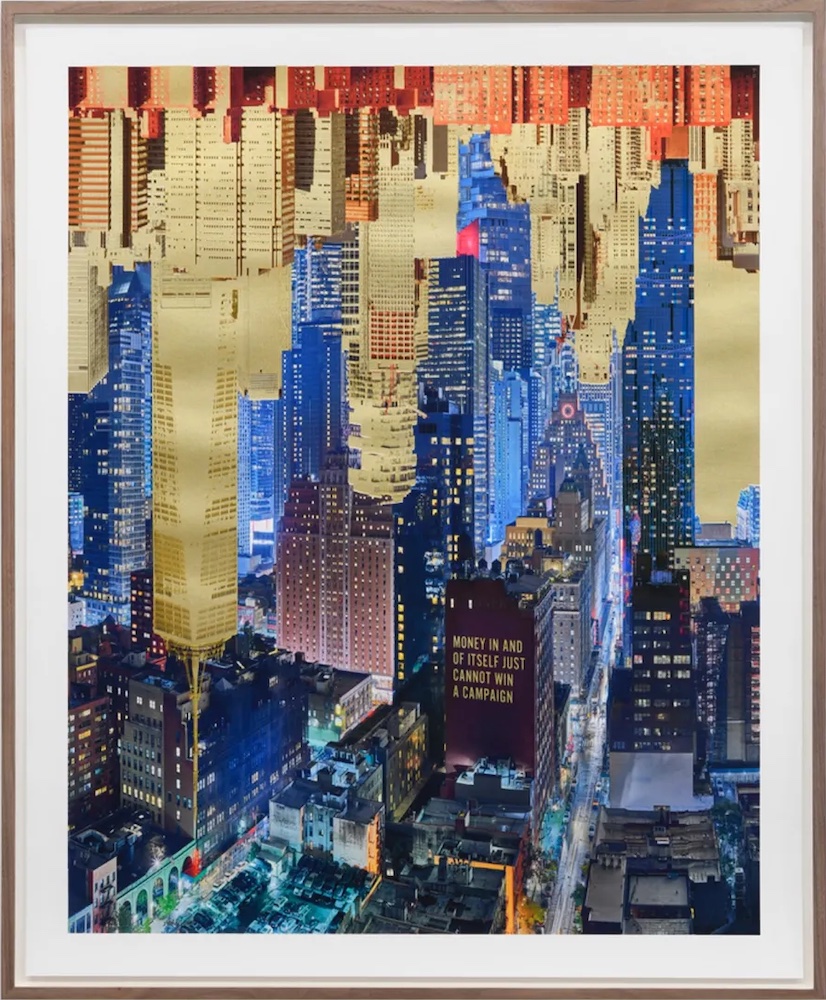 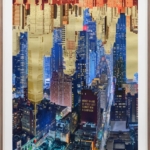 Tanya Bonakdar Gallery is pleased to present “This Is No Time”, Sabine Hornig’s fifth solo exhibition at the gallery in New York.

Sabine Hornig’s sculptures, photographs and installations explore concepts of space, perspective, and memory. Her dynamic and often immersive compositions re-envision familiar architecture as well as ubiquitous urban forms. By blurring the boundaries between pictorial and real space, viewer and object, Hornig’s work both challenges and expands upon the ways in which her viewers perceive their surroundings at large.

“This Is No Time” consists of new photographic and glass works that expand upon Hornig’s extensive research on the city of New York for her large-scale installation “La Guardia Vistas”, commissioned by LaGuardia Gateway Partners in cooperation with Public Art Fund and installed in Terminal B at the airport in 2020. The transparent photo-collage fills an expansive 42-foot-high, 268-foot-wide glass facade along the front of the new terminal, visible from the building’s interior and exterior.

While reflecting on New York, Hornig was inspired by the 1939 World’s Fair (Your World of Tomorrow), which fostered building projects that championed democratic ideals and modernity at a time when Europe was backsliding into nationalistic dictatorships and war. Hornig combines intricate details from contemporary images of the cityscape with Mayor Fiorello La Guardia’s iconic phrases from this period to speak to critical themes in civil society that are timelessly present. Resembling political posters, the works transcend time via layers of the city’s architecture.

In Hornig’s images of the inverted city skyline, our habitual way of seeing is turned upside down, along with constructed orders and hierarchies. “Day and Night Gold” and “Silver Negative” depict the New York skyline interlocking with a distant night view. The daytime image of the skyscrapers brings out the recessed negative forms of the darker, nighttime images, and vice versa. Together these skylines create a sculptural perception of the city, where inside and outside as well as day and night interchange. Through overlapping perspectives as well as inversions of scale and dimension, Hornig questions the structures and histories that transform our collective experience.

A group of new hanging glass works are suspended from the gallery’s skylight. Taken from photographs of the city, colored, semi-transparent abstractions are silkscreened by hand and burned into the glass so that light penetrates the panes in color. As the viewer moves about the work, translucency and reflection vary, creating a symbiosis of photography, color, glass, and light, while also allowing the viewer to see him/herself reflected in the rear of the image.

Concurrent to the exhibition, “Passage Through Presence”, a comprehensive new monograph of Sabine Hornig’s work, has just been released. Published by DCV in Berlin, it focuses on Hornig’s spatial works and brings together sculptures, models, and recent large-scale public installations.

Born in Germany in 1964, Hornig presently lives and works in Berlin. In 1992, she received an M.F.A from Hochschule der Künste in Berlin. The winner of the 1998 Karl Schmidt-Rottluff Award, Hornig was a participating artist in the P.S. 1 International Studio Program in New York from 1999-2000 and at the Villa Aurora in Los Angeles in 2009.

Throughout the past two decades, Hornig has presented numerous solo exhibitions of her work worldwide. In addition to “La Guardia Vistas”, her most notable include “Shadows”, Sydney International Towers, Bangaroo (2019), “Double Transparency” at Art Unlimited Basel in Switzerland (2014), and at Museum Boijmans van Beuningen in Rotterdam (2013), “Durchs Fenster” at Pinakothek der Moderne and simultaneously at Alte Pinakothek, Munich (2011), “Fenster an der Karl-Marx-Allee”, a site-specific installation at Deutsche Bundesbank in Berlin (2010), “Room with Large Window” at Berlinische Galerie in Berlin (2006), “The Second Room” at Centro Cultural de Belem, Lisbon (2005), “Projects 78” at Museum of Modern Art in New York (2003), and “Prototype – Memory is Reconstruction” at Malmö Konstmuseet in Sweden (1996).

Her work has also been exhibited as part of important group exhibitions at the J. Paul Getty Museum in Los Angeles, MoMA P.S.1 in New York, K20 Kunstsammlung Nordrhein-Westfalen in Düsseldorf, Bass Museum of Art in Miami, Hamburger Kunsthalle, and ICA London, Nationalgalerie Berlin and Kestner-Gesellschaft Hannover, and is currently on view at “Give and Take. Bilder über Bilder”, Hamburger Kunsthalle during 8. Triennal of Photography until August 28.

The artist’s sculptures, photographs and installations are represented in the collections of the Solomon R. Guggenheim Museum in New York, Baltimore Museum of Art, Brooklyn Museum of Art, Museum of Modern Art in New York, Los Angeles County Museum of Art, The Cleveland Clinic in Ohio, Hirshhorn Museum and Sculpture Garden in Washington DC, Pinakothek der Moderne in Munich, The Kunsthalle Hamburg, Bundeskunstsammlung Germany, Malmö Konstmuseet in Sweden, among others.