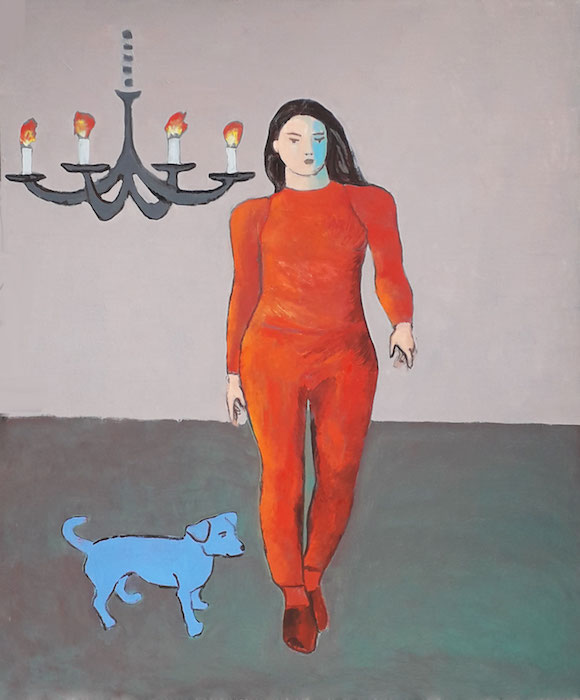 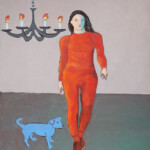 Sandro Chia was one of the foremost artists during the resurgent interest in painting in the 1980s. He established himself as a major artist of the movement in Italian figurative painting known as the Transavanguardia, a Neo-Expressionist movement that sought to re-emphasize color and representation in reaction to the conceptual art that held interest at the time. A central focus of the work of the Italian painter, Sandro Chia, is the relationship between man and nature, a trope which has consumed mankind’s imagination through history – whether in real, mythological or religious terms. In this way, he joins in as a small part of a very far-reaching heritage. Chia’s large oil paintings emphasize the classical artistic elements of landscape, body shape and animal – foundational motifs of his works – which he implements in a way that can be attributed to Neo-Expressionism.

In a recent interview, the artist stated, “painting is a bit like finding one’s roots again,” and it is to his roots that Chia refers to in his painting: born and raised in Florence, the artist had the opportunity to get to know the masters and works of the Florentine Renaissance, as much as those of Futurism. It is to these models that the painter looks to for the composition of his works: Chia’s paintings are both innovative and eternally traditional. The topos of his painting are the most typical ones of landscape painting and portraiture. His works represent men and women with soft and voluminous bodies, portrayed in motion; often moving towards the viewer. However, the protagonists are now portrayed in neutral environments, which do not have any particular characterizations in terms of landscape, place or time. These Wayfarers, as Chia defines them, are eternalized by painting in a timeless space.

The colors used by Chia, over time, have become more subtle and subdued; they emphasize the figure and do not overpowered it. Only a few accents are enough to guarantee the vitality and dynamism that have always defined his work. In these paintings, in particular, bright colors are relegated to seemingly secondary objects or animals: a dog, a costume, a chair. These serve the painter as a counterpoint to the neutrality of human figures, devoid of characterization and therefore universal. Chia’s works are thus enriched with powerful symbolic meanings, underlined by these striking colors: dogs, which in Renaissance painting were a symbol of loyalty, accompany these men and women on their journey, as well as horses, the symbol par excellence of strength and vitality.

Born in Florence, Italy, in 1946, Sandro Chia studied at the Istituto d’Arte and then at the Accademia di Belle Arti in Florence. His works have been exhibited in many of the most important museums and galleries of the world. In a career spanning five decades, some of the exhibition milestones include the Biennale of Paris, San Paolo and three different iterations of the Venice Biennale. His work is included in many prestigious public and private collections including the Museum of Modern Art, New York, Stedelijk Museum, Amsterdam, the Castello di Rivoli, Museo d’Arte Contemporanea, Rivoli, Neue Nationalgalerie, Berlin, and Tate, London. Solo exhibitions include Stedelijk Museum, the Metropolitan Museum of Art, New York, Nationalgalerie, Berlin, Villa Medici, Rome and Gemeentemuseum Den Haag, The Hague. He is represented in New York by Marc Straus.