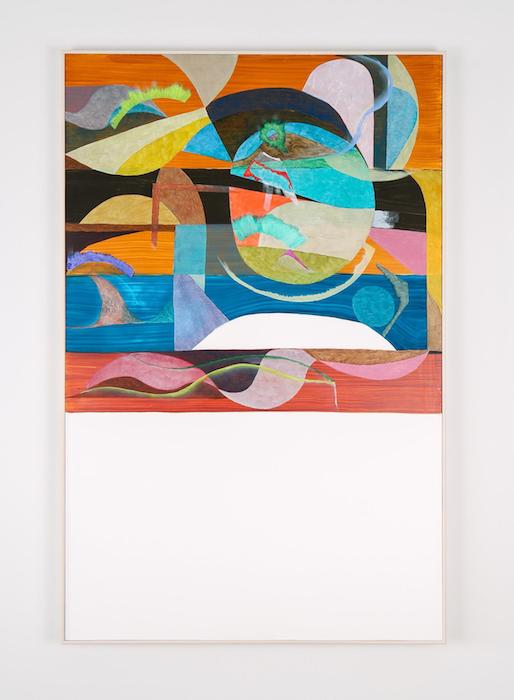 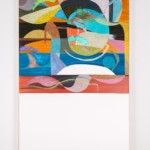 James Cohan is pleased to present an exhibition of new paintings by Scott Olson at the gallery’s Lower East Side location. This is the artist’s second solo exhibition at James Cohan.

Scott Olson’s painting practice is rooted in a deep investigation of painting’s materials, tools, and history, but also in performance, music, and improvisation. Through a process involving layering and removing through the use of glazes, masking, and scraping, the composition becomes an index of his maneuvers; a deliberate record of his process to which the viewer becomes witness. Olson considers surface and framing as constructs in his work. He often employs a handmade frame and wide fields of monochromatic space around a central – or strikingly decentered – painted field that act as a physical edge to the painting and call attention to its nature as both an image and an object. Olson builds his frames from wood sourced from Northeast Ohio trees, imbuing the works with both a physical connection to the artist’s locality and a strong sense of labor and craft.

The paintings in this exhibition are reflective of Olson’s accumulative, ongoing exploration into and refinement of his materials and processes. Each painting develops through a series of instinctual choices and gestures that comprise variations within a highly considered vocabulary, their execution a push and pull between the traditional and the experimental. Marble-dust gesso recipes from Renaissance artist manuals are layered with store-bought oil paints, playing out a personal art history of sorts upon the canvas. These intimately scaled works on linen and panel share a percussive pattern of overlapping and interlocking prismatic forms and a quietly luminous palette suggestive of primordial mixtures of things – of alchemy and alchemical processes. They invite sustained individual contemplation, seeming to pulse and unfold before the eyes of the viewer in a state of perpetual openness. Incrementally, Olson has introduced subtle plays with illusion and depth into his work. As he notes, “I have been introducing more dimensionality or shadow through the optical mixing of paint in thin layers or a simple juxtaposition or gradation of dark and light. I think of this not as inhabitable space or a convincing illusion of some sort. These spaces are more akin to the shallow depth and space that can be found in the weave of a fabric. It’s still depicted space, there’s a suggestion of dimensionality there, but like my thinking about the borders, frames, architecture, material and tradition, there is an attempt to create these spatial areas and undermine them at the same time.”

Scott Olson (b. 1976, Syracuse, New York) has been the subject of several solo exhibitions in New York, Los Angeles, Berlin and Stockholm. In 2017, the Cleveland Museum of Art organized a solo exhibition of his work, presented at the Transformer Station, Cleveland, OH. His work is included in the permanent collections of institutions including the Hammer Museum, Los Angeles, and the Cleveland Museum of Art. Olson has been included in numerous group exhibitions, including “City Prince/sses”, curated by Chris Sharp, at the Palais de Tokyo, Paris, France (2019); “The Great Lakes Research”, a part of FRONT International: Cleveland Triennial for Contemporary Art at the Cleveland Institute of Art (2018); “The Young Years at the Tang Teaching Museum”, Skidmore College; “Realization is Better than Anticipation”, MOCA Cleveland (2013) and “Painter Painter” at the Walker Art Center, Minneapolis, MN (2013). The artist currently lives and works in Kent, Ohio.