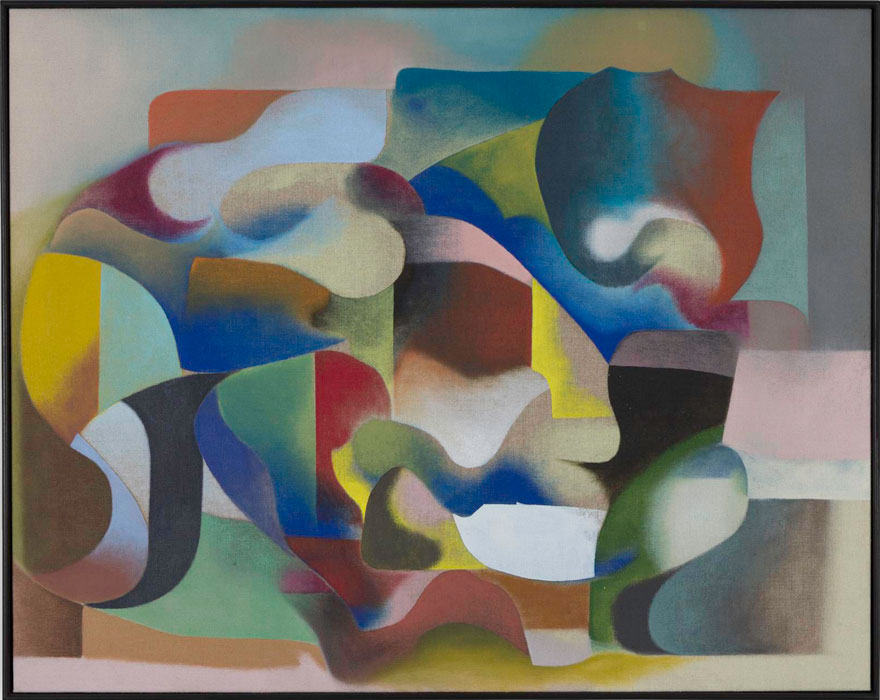 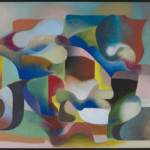 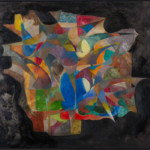 James Cohan is pleased to present the first solo exhibition of new paintings by Ohio-based artist Scott Olson at the gallery. Olson is known for his improvised abstract paintings in which the final composition is determined by the aleatory interactions between color and his unconventional tools and materials.

Over the last decade, Olson has created a process-based painting practice, which draws from the tools and history of painting, as well as music, performance, and improvisation. Olson has a background in digital music and his paintings often lend themselves to a synesthetic interpretation, where the choreography of color is linked to the auditory experience of musical compositions.

At the core of Olson’s practice is color’s entanglement with material and perception. Color in Olson’s paintings builds and decays, attacks and crumbles, shape shifts and bends into new, unexpected forms. Highly considered layers are stripped away as much as they are built up, giving voice to complex visual phenomena such as spatial confusion and intentionally interrupted gestures. The paintings work against final, realized forms and instead suggest a state of openness and evolution, where prismatic shards seem to unfold, perform and dissolve before the viewer’s eyes. As Olson describes, “I like the tensions that exist between decoration, composition, and anti-composition.”

Olson is particularly interested in the tools of application, utilizing traditional brushes and palettes along with unconventional handmade tools that he finds or constructs for their unique mark-making potential. The usefulness of these implements lie in their diversity; there is always another tool to break through the intense limitlessness of the blank canvas. Olson considers surface and framing as constructs in his work, employing handmade frames and, at times, thick borders of unpainted surface around a central painted field that act as a physical edge to the painting and call attention to its nature as both an image and an object.

Despite – or precisely because of – their intimate scale, Olson’s works convey a quality that inspires prolonged contemplation. Their apparent humility belies the long gestation and extended reworking of a painting, strategically delaying their completion, which Olson can draw out for years. In his studio, Olson keeps unfinished paintings close by on horizontal racks – repeatedly revisiting, reworking, and resting. Olson has likened this working storage method to aging cheese in a cave. Periodically, he takes them out to rotate them or look at them under different light, seeking for a way to experience them anew. As Olson describes, “Slowing down feels like a powerful act of resistance… The complexity of visual phenomena in my work… aims to help a viewer become aware of their own unfolding mechanisms of perception for as long as possible before thought and judgment take hold.”

Olson was born in 1976 in Syracuse, New York and currently lives and works in Kent, Ohio.

Olson has had several solo exhibitions in New York, Los Angeles, Berlin and Stockholm, and has been included in numerous group exhibitions including “Realization is Better than Anticipation”, Museum of Contemporary Art, Celveland, OH (2013) and “Painter Painter” at Walker Art Center, Minneapolis, MN (2013).