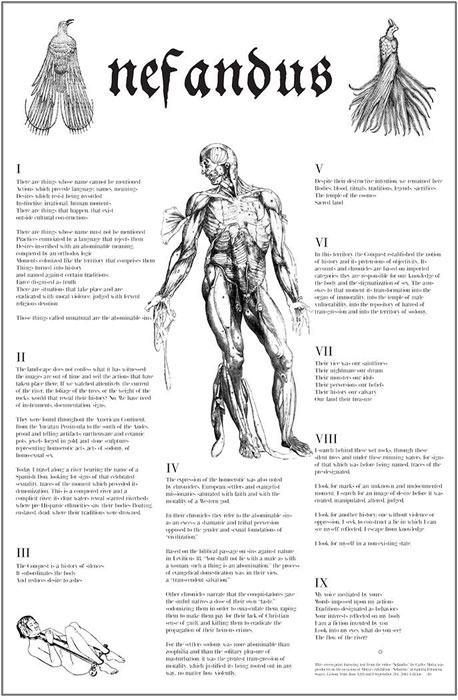 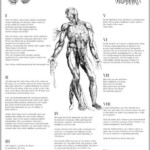 P•P•O•W is pleased to present a screening of Carlos Motta’s award-winning videos “Nefandus Trilogy” (2013) followed by a short lecture by art historian Jack McGrath and a conversation with the artist in the context of Motta’s exhibition “Deviations”.

McGrath and Motta will discuss matters of historical loss and recognition, the language of sexualized colonialism, as well as the roles of parafiction and factography in constructing a queer historical memory.

The “Nefandus Trilogy” investigates pre-Hispanic and colonial homoeroticism in a series of video essays that expose, reveal and document the imposition of European epistemological categories through violence and force during and after the conquest of the Americas. The trilogy discusses how sexuality is a cultural construction with very specific origins based on moral and legal discourses of sin and crime.

Jack McGrath (PhD, Harvard 2014) is Term Assistant Professor of Art History at Barnard College. He has taught art history and critical theory at Columbia University School of the Arts, Parsons MFA Fine Arts, Cooper Union, and Yeshiva College. His essay “Processing Blood and Soil” appeared recently in the “Hans Haacke October Files volume” (2015), and his monographic study of Piero Manzoni, based on his doctoral dissertation, is forthcoming in book form.

Nefandus, 2013
HD 16:9, video, color, sound, 13:04′
In “Nefandus” two men travel by canoe down the Don Diego river in the Sierra Nevada de Santa Marta in the Colombian Caribbean, a landscape of “wild” beauty. The men, an indigenous man and a Spanish speaking man, tell stories about pecados nefandos [unspeakable sins, abominable crimes]; acts of sodomy that took place in the Americas during the conquest. It has been documented that Spanish conquistadores used sex as a weapon of domination, but what is known about homoerotic pre-Hispanic traditions? How did Christian morality, as taught by the Catholic missions and propagated through war during the Conquest, transform the natives’ relationship to sex? “Nefandus” attentively looks at the landscape, its movement and its sounds for clues of stories that remain untold and have been largely ignored and stigmatized in historical accounts.

Naufragios (Shipwreck), 2013
HD 16:9, video, color, sound, 12:31′
“Naufragios” (Shipwreck) is a fictional adaptation by Carlos Motta of “Misadventures of a Sodomite Exiled in 17th Century Bahia,” a text by Brazilian anthropologist, historian and gay rights activist Luiz Mott that documents the unfortunate story of a Portuguese man called Luiz Delgado, whose life was defined by innumerable confrontations with the inquisitorial system. Delgado was a known sodomite who persistently defied the social and religious values of the time by engaging homoerotic relationships. He was first exiled to Brazil where he continued to disobey the strict norms of colonial societies and later sent back to Lisbon where he was tried and ultimately condemned to permanent exile in Angola, after being tortured and publicly humiliated. Filmed throughout Lisbon’s historical sites, “Naufragios” is a meditative personal essay film that exposes the intricacies and intertwined relationship of religion and the law and the oppressive discourses of sin and crime.

La visión los vencidos (The Defeated), 2013
HD 16:9, video, color, sound, 6:46′
In “La visión los vencidos” an indigenous slave, who is guiding a group of Spanish conquistadores up the jungle, describes the moment in which an army commander witnesses a collective homoerotic ritual, angrily condemns the act as “abominable and unnatural,” and orders the immediate execution of the men. Shot in the Sierra Nevada de Santa Marta, Colombia, “La visión los vencidos” is based on an undocumented chronicle selectively passed on from generation to generation by oral transmission.