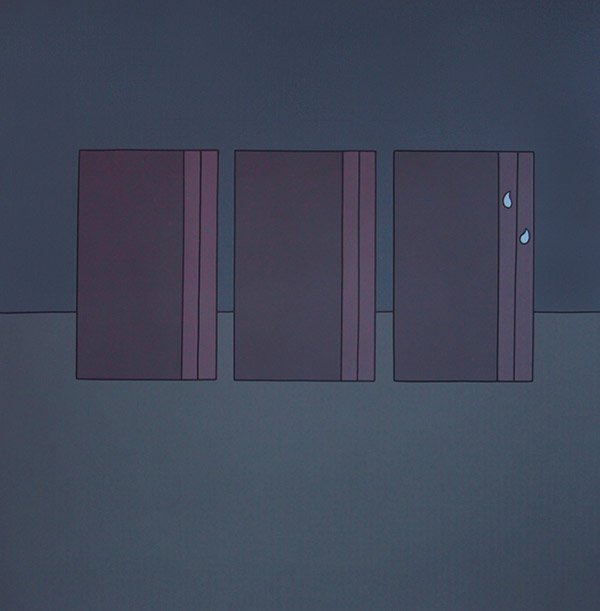 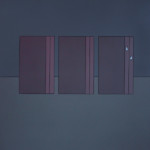 In his latest series of paintings, Gannon continues his ongoing exploration of interpersonal intimacy, sexuality and the human form, collapsing figures into abstractions that reduce the body into basic shapes and compositions.

Combining industrial materials with art historical references to Modernism and the Chicago Imagists, Gannon populates his work with stylized characters that coalesce into a personal vocabulary and lexicon of images. The paintings are formed through a process that involves building up and breaking down multiple layers through the use of sanding and painting techniques that aim for the removal of the hand from the work. The result is a sense of palpable tension between the paintings personal origins and their sensual minimalist surface.

Gannon notes that his work could be as much about toy design as it is about Mondrian or vocoders, a synthesizer that produces sounds from an analysis of speech input. And it is perhaps this analogy that best describes how Gannon’s combination of subjective painterly impulses with the restraints of a reductive process produces works that are imbued with personal intensity yet possess an almost untraceable relationship to his first initial drive.

Nevertheless, Gannon offers clues in the works as to their figurative origins – a teardrop of bodily here, a pink crevice there, all evoking the sensuous undertone to the paintings that transforms them into an index of desire.

Sean Gannon received his BFA in 2016 from the School of the Art Institute of Chicago and in his brief career has quickly gained recognition for his ambitious and evocative paintings. Recent exhibitions include “Time Will Darken It: TL Solien and Sean Gannon”, at ParisLondonHongKong, Chicago, Illinois, and “The Aging Coconut” (with Jose Lerma, Josh Reames, Emanuel Torres, Misaki Kawai, Jose Luis Vargas, and Robert Nava) at Roberto Paradise in San Juan P.R. Last September, Sean was featured at EXPO Chicago where he premiered a new group of paintings after graduating from SAIC. “Chew Slowly” marks Gannon’s first gallery solo exhibition as well as his first major appearance on the west coast.