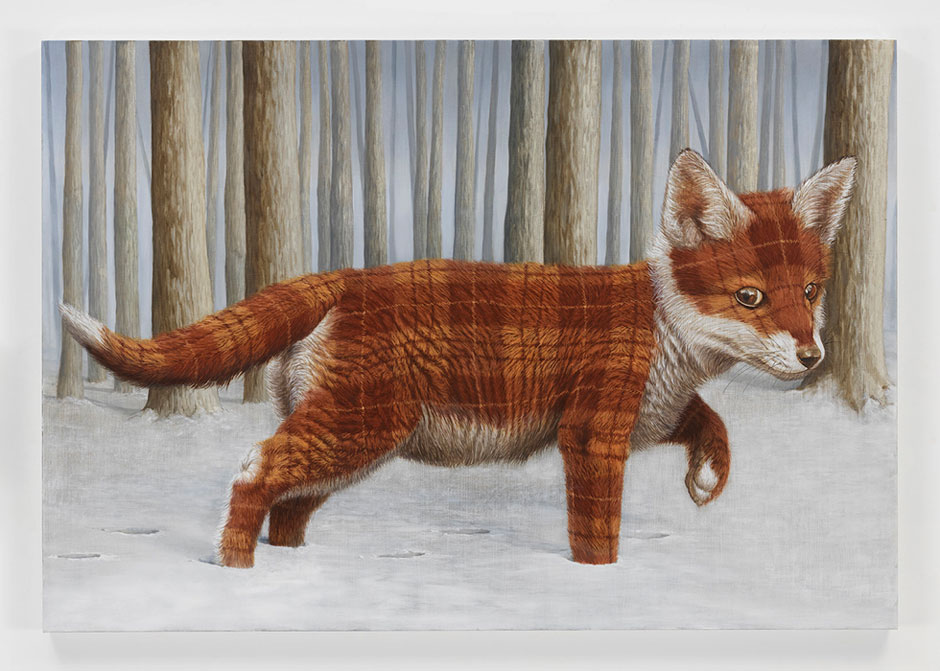 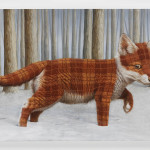 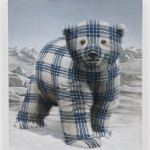 Taka Ishii Gallery is pleased to announce an exhibition of new paintings by Sean Landers. This will be the gallery’s sixth solo exhibition with the New York based artist.

A conceptual artist at his core, Landers has used various means and mediums (both traditional and non-conventional) throughout his entire oeuvre in order to explore the meaning of what it is to be an artist and how to remain relevant in the future when all that remains of the artist is the work itself. In the case of the eight works presented here at Taka Ishii Gallery, Landers is particularly interested in the eternal existence of a painting and how an artwork becomes a surrogate for the artist himself.

With this new body of work, Landers is taking cues from René Magritte’s “Période vache” paintings from 1947 to 1948 in which Magritte abandoned his restrained Surrealistic style for one that is more free, caricatured, and sketch-like. Specifically, Landers appropriates Magritte’s abundant use of tartan in the Période vache as a symbol for the need for freedom in his own artistic practice. Landers believes that only through artistic freedom is an artist able to create original work, thus attaining longevity.

Seven of the paintings in the exhibition depict North American mammals in their natural environments. The animals are presented in meticulously painted Scottish tartan fur, a direct reference to Magritte and Landers’s own pursuit of artistic freedom. The tartan patterns, initially a system of tribal identification, now not only identify the work as one by Sean Landers, but also embody his intent to protect these animal paintings from indifference on their journey through time by rendering them visually anomalistic. In addition, Landers portrays his animals as cute and charming thereby endearing them not only to people in the present, but also to future generations.

Accompanying these animals is an eighth painting of a snowy Aspen tree forest at nighttime. The trees in this seemingly bucolic scene are inscribed on the bark with words and images. For Landers, the co-mingling of image and text looks to the past – the combination being a hallmark of the artist’s work since 1990. Just as lonely shepherds carved arborglyphs into Aspen tree bark for all passersby to see, so too is Landers making his innermost thoughts available to the future, when all that remains of him is his artwork. In this respect, the artist and the future viewers are time-travelers; the viewer returning to that space in the past when the painting was made, and the artist, via the painting, progressing into the future. In Landers’s words, “from where I stand, in front of this canvas, applying these marks that you now read, this is the best place to be on earth.” To stand in front of an oil painting is one of the few places where one can be in the past, present, and future at once.