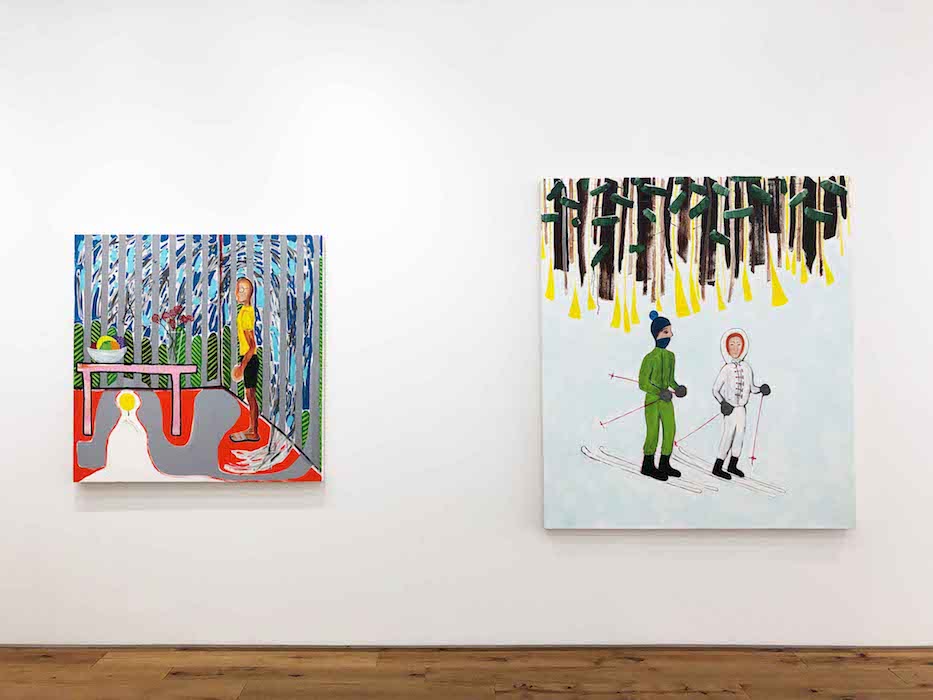 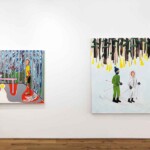 Marc Straus is proud to present its inaugural exhibition with Sinéad Breslin (b. 1986, Ireland).

Breslin has spent nearly a decade astutely observing the nuances of life around her and finding a singular way to translate them into painted images. She has a deep and inquisitive interest in people, which is revealed through the figurative elements in her paintings. Although her works are not necessarily portraits, her characters are often distinct and emotionally engaging. Whether or not she is capturing a close relative, or near stranger, she suspends just the right quiet moments that allow for viewers to have a connection with the subjects. She contemplates the beauty in each of a string of passing moments. There is a fluid lightness to her touch that initially belies an emotional depth evident after even short periods looking at the paintings.

The work that Breslin creates can be both playful and painful. Her openness to new experiences reinforces her curiosity about her subjects and also creates a foundation that propels her determination to document her impressions of the world around her. As a painter early in her career, she manages to engage her sitters and unsheathe them. Drawing from memory and photographic images, she translates her subjects and the small pockets of the world they inhabit into vibrant painted scenes.

Breslin is an unrelenting traveler and her subjects come from an array of cultures and countries. After traveling between the US, Mexico, Russia, Italy, the UK, and Morocco, Breslin has comprised works that feature recurring characters, such as Luda or herself, and brief acquaintances such as Arfus. Taken as a whole, her body of work becomes a kind of Twenty-First Century travelogue, a diary of sorts, charting and documenting Breslin’s life and interactions around the globe.

Sinead Breslin completed her fine art education at the University of West England (M.A., B.A.) and has been awarded multiple international residencies in Europe, including her most recently completed residency at Palazzo Monti in Milan, Italy. She has been exhibited in solo and group exhibitions in the US and Europe and her work is found in numerous private collections around the world. Breslin is represented exclusively by Marc Straus, New York.