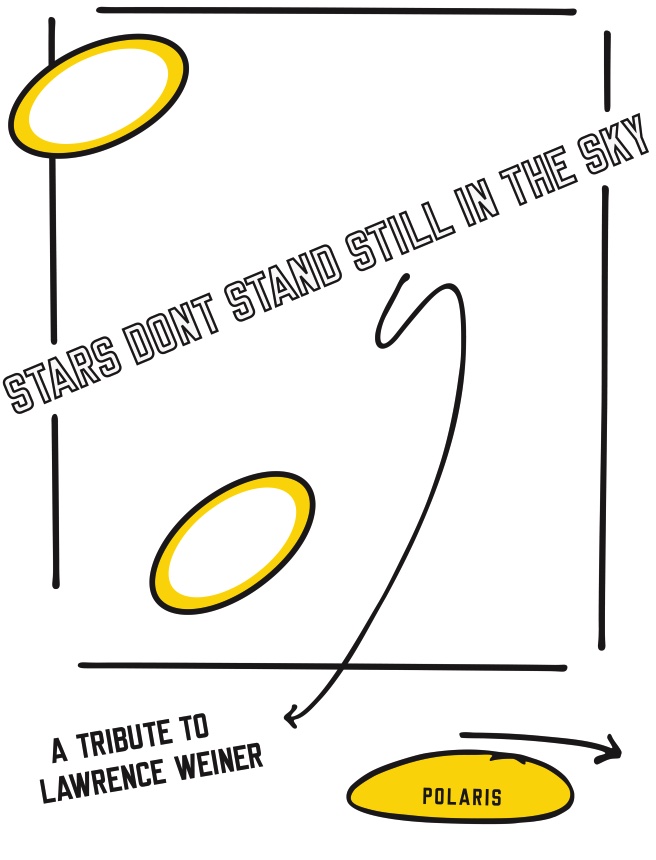 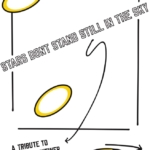 Regen Projects is pleased to present “Stars Don’t Stand Still in the Sky: A Tribute to Lawrence Weiner”. Weiner contributed greatly to the art of our time, helping to shape contemporary expectations of what art is, how it is seen, and how it is made. This group exhibition explores the scope of this influence, presenting Weiner’s work alongside works by his contemporaries, his friends and collaborators, as well as a younger generation of artists.

Weiner’s influence on the history of art, and more specifically within the pantheon of Conceptual artists of the late 1960s and early 1970s, is unquestionable. This tribute brings together works by many of the artists who shared in this generative moment — one that saw the birth of new kinds of autonomous artworks that sought to break the bond between idea and object. Works by artists such as Robert Barry, Stanley Brouwn, Daniel Buren, John Baldessari, Mel Bochner, Hanne Darboven, Joseph Kosuth, Barry Le Va, Sol LeWitt, and Dennis Oppenheim will illustrate the rich moment out of which Weiner’s signature work emerged.

A pioneering figure who ushered in the dematerialization of the art object, Weiner’s commitment to the primacy of language was equally instrumental in changing the course of contemporary art. Open-ended, poetic, and profound, the statements that formed Weiner’s lexicon, and his concept of language as visual art, have become fundamental to the contemporary art vernacular. The exhibition illustrates how Weiner’s groundbreaking ideas extended far beyond the genre of Conceptual art to impact emerging movements as well as the work of subsequent generations of artists using the written word as material. Works by Charles Gaines, Jenny Holzer, Glenn Ligon, Bruce Nauman, Jack Pierson, Ed Ruscha, Sable Elyse Smith, and others will make these connections visible.

Finally, the show will include a display of approximately 150 publications and posters Weiner produced during his lifetime, alongside a selection of ephemera.

Regen Projects’s debut gallery exhibition was a solo Lawrence Weiner show which opened on December 8, 1989. The gallery has done ten successive Weiner exhibitions since then and has organized this tribute to honor a great artist and friendship.

Lawrence Weiner (1942 – 2021) was born in Bronx, New York. A leading figure in the development of the Conceptual art movement in the 1960s, Weiner’s seminal and singular practice used language as its core material — a distinct challenge to expectations of what an artwork is and can be.