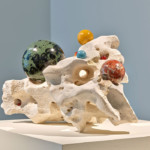 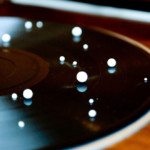 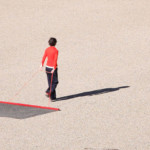 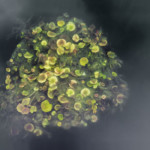 The Aargauer Kunsthaus devotes a solo exhibition to the wide-ranging work of the Luxembourg artist Su-Mei Tse whose object art, photographic works, and videos are suffused with reflections on time, existence, memory, rhythm, and language. The exhibition features new works the artist created after sojourns in Italy and Japan.

Media such as photography, sculpture, and installation are central to Su-Mei Tse’s artistic practice. In them she articulates transitions between disparate realms—sound and image, music and space, nature and culture, mental space and sensory experience. Music, sounds, and silence enter into a unique interplay in the exhibition spaces and time seems to pass in a changed rhythm in them.

Su-Mei Tse has had a previous appearance at the Aargauer Kunsthaus when she showed a poetic neon piece in the 2013 group exhibition “Rhythm in it”. “Nested”, her first institutional solo exhibition in Switzerland, presents the fruits of her artistic practice. After sojourns in countries such as Italy and Japan she has created new works which, realised especially for this occasion, form the gravitational centre of the show. In the exhibition spaces music, sounds, and silence enter into a unique interplay, and time in them seems to pass in a changed rhythm.

In “Nested”, Su-Mei Tse develops a distinct narrative for the Aargauer Kunsthaus, combining the new works and site-specific installations with selected older works. New artistic paths of exploration become apparent: inquiries into the contemplative, into our relationship to the worlds of plants and minerals, or into the possibility of a sensitive relation to the past. With all those interwoven themes, the exhibition is laid out in the manner of a notebook, that is, a form in which quotidian visual or acoustic impressions or memories are gathered and then mixed in a subjective, intuitive way to form a network of echoing references and correspondences.

A case in point is the 2017 “Nested” series, which provides the title for the exhibition. It consists of a group of found limestone sculptures into whose niches variously coloured balls of stone are “embedded”. To the artist the sculptures symbolise the precarious balance between holding and being held. In a playful and poetic way, the colourful balls are equally reminiscent of marbles and of the planets of a cosmic system. Other works in the exhibition similarly attest to Su-Mei Tse’s interest in the mineral world and its primordial beauty. The elaborate installation “Stone Collection” (2017) draws its inspiration from the Chinese tradition of the “scholars’ rocks”. For each of the carefully selected rocks from different regions the artist has created a unique pedestal corresponding to the nature of the rock. Macro and microcosm become one in them, as landscapes, mountains, caves, clouds, or waves are hinted at in their surfaces. These works invite contemplative viewing.

In the exhibition we encounter an uprooted tree cast in bronze (Trees and Roots, 2011), a fresh pomegranate (A Whole Universe [Pomegranate], 2017), or a landscape reflected in a lake (Reflection, 2017). In terms of subject matter, these sculptures and photographs revolve around the world of plants, but at the core of them are questions about “being in the world” and human existence. The individual and its uniqueness are similarly inscribed into the installation “Das Ich in jeder Kartoffel” [The Self in Each Potato] (2006-11). Each of the fifteen ceramic potatoes has its very own shape, and the tender sprouts point to the unbridled power of life that resides in every being. Su-Mei Tse manages to articulate such sweeping philosophical reflections from a point of view firmly anchored in everyday life and with a subtle, humorous wink. She seeks out the poetry of the everyday and renders it visible in her work.

Su-Mei Tse wants to create a language that unites rather than separates, a language that is expressive of not just one but multiple cultures and thus epitomises the boundless and the dynamic. The sculpture “Many Spoken Words” (2009/2018) is, in its surprising combination of materials used, the source for myriad associations. Blank ink gushes, flows, and drips from a pseudo-baroque garden fountain and symbolises “the process of language, from the original idea to the written word” (Su-Mei Tse). With her installation the artist pays homage to literature, alluding to the potential of words and the ever-renewing flow of creativity.

Some of the works presented in the exhibition “Nested” revolve around a critical reflection on the past and on historical and cultural references. Created during a fellowship at the Villa Medici in Rome, the 2015 video “Pays de Neige” shows the artist performing a ritual of erasure. In the light of a bleak winter sun the artist smooths the gravel path in front of the historically significant villa with a rake she pulls behind her. In doing so, she symbolically wipes away the traces of her predecessors and “prepares the canvas”, in order to create “breathing space” for her own creativity and recover her own voice. The spirit of Zen pervading this video is hard to miss, but the artist deliberately avoids any identification with a typical geographic location. Due to her Eurasian background she carries two cultures within herself, which she constantly defamiliarizes in order to uncouple them from the stereotypes they are usually associated.

It is hardly surprising that music plays a key role in the work of the trained cellist Su-Mei Tse, though it is less simply a subject for her and more an evocative force which she uses as a magnifying glass through which she sees, and is able to comprehend, the world. Music is central to a number of works such as the 2006 video “Mistelpartition”. At the same time the absence of sounds, silence, is also of great importance in her work. In “White Noise” (2009) a vinyl record with small white balls set into its grooves is turning continually on a turntable. “White Noise” refers to an acoustic phenomenon where all audible frequencies are mixed to the point where they neutralise one another and give rise to a kind of “acoustic silence”. To Su-Mei Tse, the work represents a visual translation of rustling, the moment just before music begins, as if it were about “giving volume to silence”, and in this it allows the viewer a moment to pause.

The exhibition “Nested” is the result of a collaboration with the Mudam Luxembourg, Musée d’Art Moderne Grand-Duc Jean, where it is curated by Christophe Gallois and shown from 7 October 2017 until 8 April 2018. For each venue and exhibition situation the artist develops a distinct concept with a selection of key works and a number of new pieces and installations created for the exhibitions serving as the common thread. After the presentation in Aarau the exhibition will be shown in adapted form at the Yuz Museum in Shanghai (October 2018 – February 2019) and at the Taipei Fine Arts Museum (April – July 2019).

On the occasion of the exhibition “Nested”, a catalogue will appear, produced as a joint project with Mudam Luxembourg, the artist, and Sternberg Press. The volume includes three essays especially commissioned for this publication which offer different perspectives on the work of Su-Mei Tse. Mudam-curator Christophe Gallois proposes a subjective reading of Su-Mei Tse’s work around questions such as suspension, time, breathing, and existence. The essay from Doryun Chong, chief curator of the M+ in Hongkong on its part, focuses on a topic that has played an important role in the artist’s work of the last few years: her interest in the mineral world. Finally, French philosopher Emmanuel Coccia describes, in his essay, the imprint principle as a philosophical concept which becomes a method in the visual arts. In addition to numerous illustrations, the volume also includes a conversation with the artist, and the co-curators Katrin Weilenmann, Curator at the Aargauer Kunsthaus, and Christophe Gallois. The catalogue will be published in German and English. “Su-Mei Tse: Nested”, Berlin, Sternberg Press, 2018. ISBN 978-3-95679-406-3. Date of publication: 10 June 2018.

Su-Mei Tse (b. 1973, Luxembourg) initially trained as a cellist in Luxembourg and Paris and then went on to study printmaking and textile art as well as sculpture at the École Nationale Supérieure des Arts Appliqués and the École nationale supérieure des Beaux-Arts in Paris. In 2003 she received the Golden Lion award for best national presentation at the 50th Venice Biennale, which helped her achieve her international breakthrough. Since then Su-Mei Tse has participated in numerous exhibitions at renowned museums throughout the world. She lives and works in Berlin und Luxembourg.