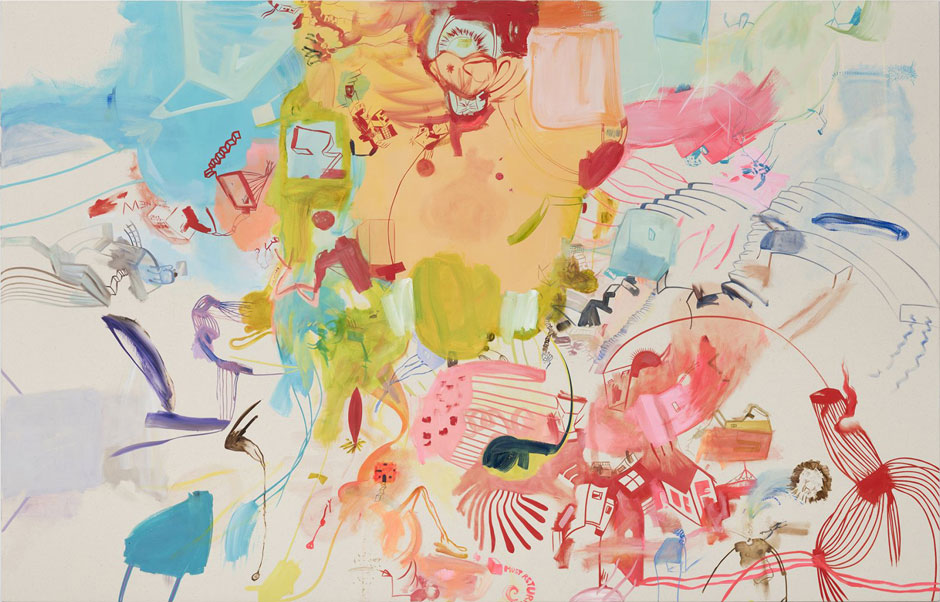 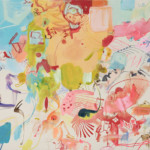 Regen Projects is pleased to present an exhibition of new paintings and collages by New York-based artist Sue Williams. This marks her sixth solo presentation since joining the gallery in 1992.

For over 30 years Sue Williams has created a transgressive body of work that has established her as one of the most significant painters of her generation. Emerging as part of the East Village art scene in late-1980s New York City, Williams’ subversive anti-art aesthetic quickly gained her recognition. Referencing the history of painting, particularly the fraught legacies of hyper masculine artists like Willem de Kooning and Jackson Pollock, her canvases combined figuration with feminist cultural critique. Towards the end of the 1990s her works employed a more abstract lyrical style, featuring colorful cartoonish allover compositions charged with political meaning.

Williams’ recent works continue to be inherently political but utilize the language of painted abstraction paired with explicit titles to convey meaning. Providing a synthesis of the themes and modes of painting evident throughout her oeuvre, these relatively minimalistic compositions feature exposed fields of canvas ground punctuated with explosions of color and form. “Ranch House W Extension Designs” depicts a restrained, gestural mark making that conjures the domestic imagery of the American architectural style reminiscent of the house in which the artist grew up. Mining the unconscious, works like “Pleasantville” and “Golden Arches” fuse vernacular structures with corporate imagery and ethereal swathes of bright color and elongated form.

Also on view are a series of new collages that continue to depict the themes present in the adjoining paintings. Their humorous and ironic subject matter combines domestic symbolism with excerpts from figurative moments extracted from recent paintings, as well as boldly patterned strips of wallpaper samples.

Sue Williams was born in Chicago Heights, IL in 1954 and received her B.F.A. from the California Institute of the Arts. She lives and works in Brooklyn, NY.

In the fall of 2015, an eponymously titled monograph of the artist’s work, featuring texts by Ruth Erickson and Johanna Burton, was published by JRP|Ringier.