Susan Philipsz – As Many As Will 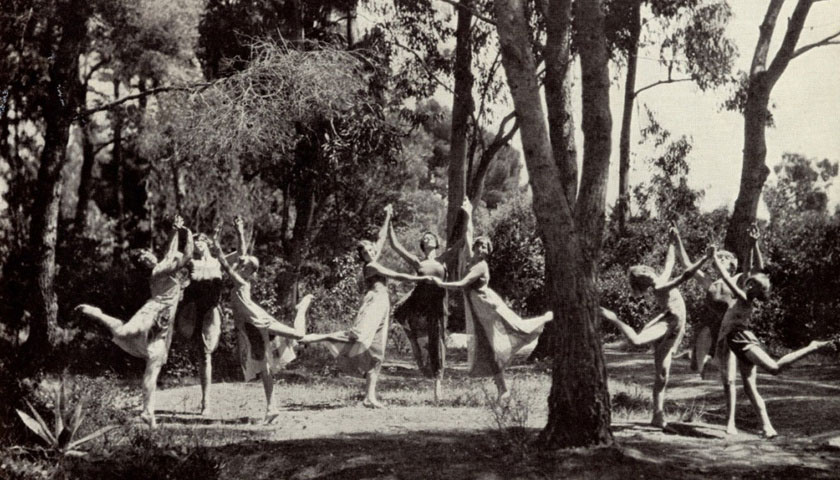 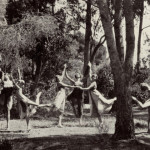 Hauser & Wirth Somerset is proud to present Susan Philipsz, ‘As Many As Will’. The Turner Prize winning artist has created a site-specific installation inspired by the old English architecture of the Threshing Barn at Durslade Farm. Philipsz has developed four different sound works based around themes of dance and movement that will play in repertory. Each work weaves lyrics and unravels tones, so that the visitor’s perception shifts from the intimacy of the voice, to the architecture of the barn, and the courtyard beyond it. The tones come together and fall apart in places, inviting the audience to piece them together as they move through the space.

Taking Hauser & Wirth Somerset’s rural setting and the open spaces of the Threshing Barn and Cloister courtyard as a starting point, the artist has imagined them as a space cleared for traditional dancing. The title ‘As Many As Will’ is a reference to John Playford’s ‘English Dancing Master’ (1651), a popular guidebook for country dancing. Philipsz is interested in the communal and social aspects of country dancing; that it is for participation rather than demonstration. She has deconstructed and separated the tones of four different compositions, so that the sound moves through the space as a shifting spectral presence. Country-dances emphasised spatial patterns over elaborate footwork and these formations are echoed in a sound installation that fills the barn and spreads out into the courtyard and beyond.

In the Threshing Barn, a four-channel vocal work deals with themes of movement, separation and loss. Entitled ‘Woods so Wild’ (2015), the work takes the outcast dancer Lucia Joyce as its subject. James Joyce’s daughter Lucia was a passionate dancer. At the same time Lucia was dancing on the stage in Paris, James Joyce was writing about a female character in ‘Finnegans Wake’ with ‘wildwood’s eyes and primrose hair’ who lives in ‘the woods so wild’. This character appears to be based upon Lucia, whom he had already called his ‘wonder wild’ and the passage is a touching and plaintive ode to a daughter he loved and lost. For this work Philipsz has made four a cappella recordings of ‘Woods so Wild’, the sound shifting from one source to another in a spectral tribute to a forgotten dancer.

A second four-channel sound installation, ‘The Three Songs’ (2015), is taken from Thomas Ravenscroft’s ‘Pammelia’ (1609) and is based on 17th century dances; the fourth voice is about being poor and destitute. Each voice comes from its own speaker, interweaving and overlapping one on top of the other, to create an immersive vocal piece that shifts from one side of the barn to the other, drawing attention to the architecture.

In the Cloister courtyard, ‘Greenwood’ (2015) is a round for three players on the penny whistle, composed by English musician and theorist Thomas Ravenscroft (c. 1588 – 1635). One player starts the round and is followed in turn by the second and third players until the sound surrounds the viewer. As each of the notes separate and come together, the whistle begins to sound like the whistling wind.

The final work, ‘The Battle of the Trees I, II, III’ (2015), is a sixteen-channel percussive piece which punctuates each of the other works. The sound created by beating sticks together is both minimal and rhythmic and is suggestive of many things. Evoking the flail of threshing sticks, a metronome that measures both time and the space, or something more ominous, like a ticking clock. Each piece takes the duration and rhythm of the preceding work as its template. These pieces are spread across all channels and for their duration they unite both the Threshing Barn with the Cloister courtyard.

Born in 1965 in Glasgow, Philipsz currently lives and works in Berlin. She received a BFA in Sculpture from Duncan of Jordanstone College, Dundee, Scotland in 1993, and an MFA from the University of Ulster, Belfast, Northern Ireland in 1994. In 2000, she completed a fellowship at MoMA PS1, New York NY. Recipient of the 2010 Turner Prize, the artist was also shortlisted for Glenfiddich Spirit of Scotland Award that same year.

Since the mid-1990s, Philipsz’s sound installations have been exhibited at many prestigious institutions and public venues around the world. In 2012, she debuted a major work at dOCUMENTA 13 entitled ‘Study for Strings’, which was later featured at the Museum of Modern Art as part of the group exhibition ‘Soundings: A Contemporary Score’ (2013). The artist’s major commissions include ‘Lowlands’, her Turner Prize-winning work for Glasgow International in 2010, and ‘SURROUND ME: A Song Cycle for the City of London’, a public project organised by Artangel in London (2010 – 2011). In Spring 2014, Philipsz opened a permanent installation on Governors Island, New York NY entitled ‘Day is Done’.