Symposium: The Message and the Medium 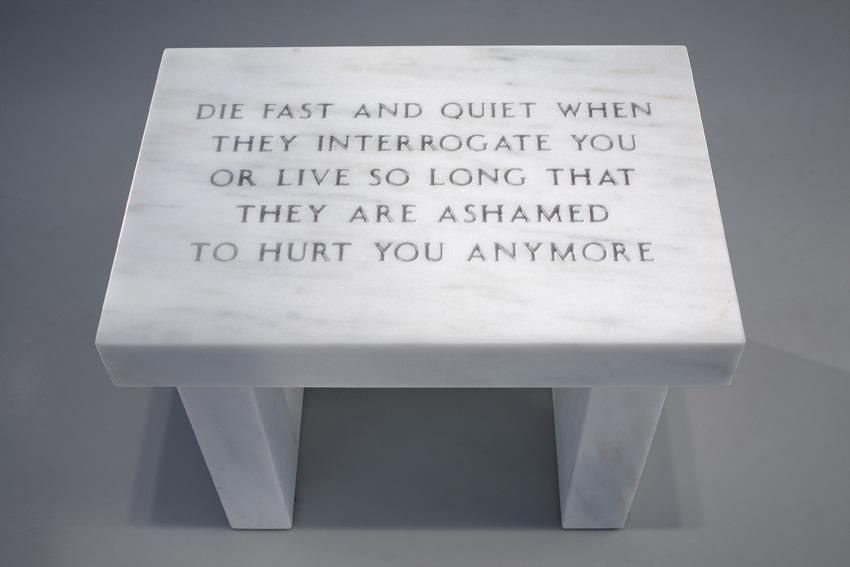 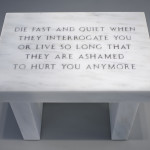 ‘It is the artist’s job to try to dislocate older media into postures that permit attention to the new. To this end, the artist must ever play and experiment with new means of arranging experience, even though the majority of his audience may prefer to remain fixed in their old perceptual attitudes.’ (Marshall McLuhan)

In response to the exhibition ‘Jenny Holzer. Softer Targets’, this one day symposium will explore the use of language and technology in art. McLuhan’s statement suggests that there is a discrepancy between those who make art and the audience who view it, and, in the way we describe it today, those who consume it. ‘The Message and The Medium’ will draw together artists, thinkers and writers who share an interest in language and / or technology as a medium and / or message.

The day will include time to view the exhibition and lunch will be served in the Roth Bar and Grill.

Jon Bird is a writer and curator of contemporary art as well as a practising artist. He is currently Professor of Art and Critical Theory at Middlesex University, London. He co-founded the journal BLOCK (1979-89) and the Block/Tate conferences and publications on visual culture. He is the author of publications such as: ‘Leon Golub: Echoes of the Real’ (2010), ‘Rewriting Conceptual Art’ (co-editor with Michael Newman, 2000), ‘OtherWorlds: The Art of Nancy Spero and Kiki Smith’ (2003). He is in the process of curating an exhibition of Golub’s political portraits, ‘Portraits of Power’, for the National Portrait Gallery, London that will open in February 2016. He is also editor and co-author to a book accompanying the exhibition to be published by Reaktion Books in 2016.

Ruth Blacksell is an MA Programme Director at Reading University’s Department of Typography & Graphic Communication. Her PhD, Typography after Conceptual Art (2013) has been the underpinning of a series of symposium events at the ICA London. Her contribution at the first symposium, ‘From Looking to Reading: Text Based Conceptual Art & Typographic Discourse’, was published in the MIT journal Design Issues in 2013 and re-presented at the Artists Institute, New York in 2014, to coincide with the New York Art Book Fair. She has written recently about the exhibition ‘Five issues of Studio International’ for The Burlington Magazine and is currently co-editing a special issue of the Bloomsbury journal ‘Architecture and Culture: Architecture and the Spaces of Information’, to be published in early 2016.

Dave Beech is an artist in the collective Freee, as well as a writer and curator. He studied painting at Leicester Polytechnic and Cultural Theory at the Royal College of Art, where he researched the historical development of the concept of philistinism from Romanticism to Postmodernism. He is currently Professor of Art at Valand Academy, Gothenburg, Sweden. As an artist he has exhibited at the Istanbul Biennial in 2013 and the Liverpool Biennial in 2010. He has contributed to debates on participation and art’s publics in books such as ‘Locating the Producers’ (2011), ‘Curating Subjects’ (2007) and ‘Curating and the Educational Turn’ (2010).