Takashi Ishida – Between Tableau and Window 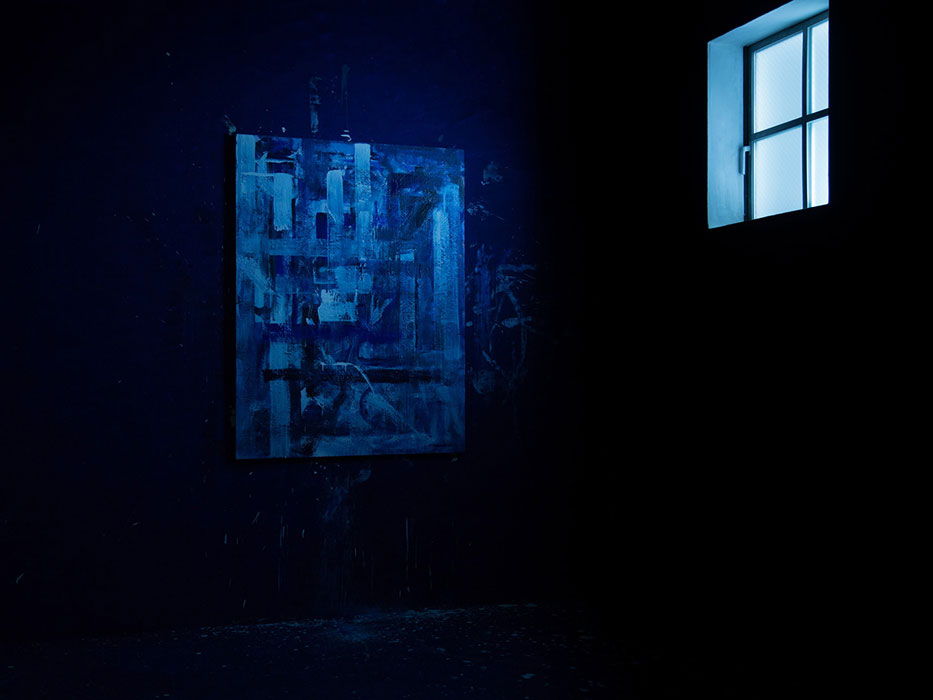 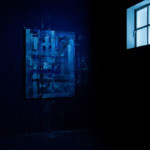 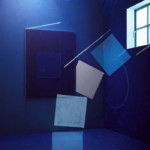 Taka Ishii Gallery is pleased to present “Between Tableau and Window,” solo exhibition of works by Takashi Ishida. This will be the artist’s third solo exhibition with the gallery in five years. The show features works made on 16mm film, the first medium the artist worked with, as well as his newest piece, comprising a tableau and video projection, which explores the image from multiple perspectives.

For the current exhibition, Ishida devoted a great amount of time to work on a single tableaux painting and recorded, as an astoundingly dense drawing animation, the process of the act of painting gradually extending to the entire room. In editing this animation, he discovered a structure hidden in the unconsciously performed painting process, reconstructed it, and produced a space filled with a multilayered light between a picture and a window. To examine the essence of moving images and the relation between painting, and time, Ishida has previously explored the irreversibility and repetition of time through the editing process. This time, he has additionally taken on new elements such as film and digital video flickers and overlapped light. While the rectangular form of the tableau mimics the window, it is folded over, expanded, and eventually, with light, corrodes the space it is in.

The work’s motifs are the “room” and the “window”; both are materializations of Ishida’s primary motif of the rectangle. Where “Light Falls” (2015), produced for the artist’s solo exhibition at the Yokohama Museum of Art, comprised a room with a canvas suspended in the air. On that canvas, light, darkness, and drawing wove together a vision that exceeded the rectangular form of the canvas. Made in the same year, “Billowing Light” created scenes of sparkling color using a sheet of glass and light transmitted through it, while “Square Window” expanded the artist’s method by painting an architectural space to push forth the motif of the rectangle and inserting an actual rectangle that floats motionlessly within the same space. Ishida’s work is always a documentation of an unpredictable vision that is discovered in the unfettered act of painting and it is as if the room is provided as a space in which to observe the peculiar passage of time entailed in that act.

Ishida has repeatedly commented on the strong influence of Edgar Allan Poe’s essays “The Poetic Principle” and “The Oval Portrait” and Andrei Tarkovsky’s film “Stalker” (1979) on the representation of the “locked room” in his works. The “locked room” is also connected to the artist’s memories of the petroleum refinery (currently an oil storage base) in Okinawa, where he lived in his late teens, and the subterranean spaces in which he worked in his 20s. The experience of entering a giant space designed and filled with fire simply to warm pipes in a petroleum refinery in Henza Island resulted in his “Room” series. In recent years, this image of the locked room has grown in importance as a theme for the artist.

The new works featured in this exhibition bring together the artist’s incessant impulse to paint and his technical pursuits. The images of energy and phenomena that arise in “unmanned spaces” are likely to extend to Ishida’s acts of painting like paradoxes that occur when quantum mechanics are observed.

Takashi Ishida is a painter and film artist born in 1972 in Tokyo. He is also associate professor at Tama Art University. He uses a technique of drawing animation, which consists in drawing lines and shooting them one frame at a time. By interposing multiplying lines, moving points or some other mobile element, Ishida’s installations produce various changes in the quality of the space. His recent major exhibitions include Sharjah Biennial 13, “Tamawuj” (2017); Aichi Triennale 2016 and Kenpoku Art 2016 (both 2016); “BILLOWING LIGHT: ISHIDA Takashi”, the Yokohama Museum of Art and the Okinawa Prefectural Museum & Art Museum (2015); Dojima River Biennale, Osaka (2013); “Double Vision: Contemporary Art from Japan”, the Moscow Museum of Modern Art (2012); “MOT Collection Silent Narrator: On Plural Stories Special Feature: Takashi Ishida”, the Museum of Contemporary Art Tokyo (2011); “Artist File 2010: The NACT Annual Show of Contemporary Art”, The National Art Center, Tokyo (2010); Meditations Biennale, “Beyond Meditations”, Poznan, Poland (2010); and “Quest for Vision Vol.2: Ishida Takashi and Genealogy of Abstract Animation”, the Tokyo Metropolitan Museum of Photography (2009). He received the Most Promising Young Talent Prize of the Gotoh Cultural Award in 2007. His work “Gestalt” won the Award for Excellence at Image Forum Festival 1999.