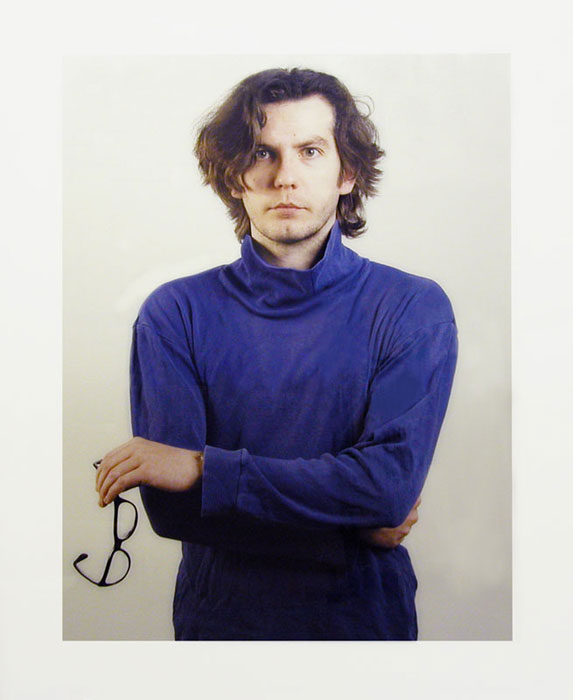 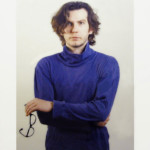 Rena Bransten Gallery is pleased to present “The Portrait Show”, a group exhibition exploring portraiture from traditional to non-traditional approaches in a range of media including photography, painting, sculpture, and works on paper.

This diverse grouping of works spans the humorous to the somber, nodding to the rich history of the portrait while aiming to expand its boundaries.

Several works in the exhibition challenge the notion that a portrait should feature a face or figure. Naaman Rosen‘s “Letters: A Portrait of a Family” consists of scanned letters sent from his mother, the words “Love You” stretched across a lined note pad in one, news of his brother’s imprisonment in another. Tameka Jenean Norris‘ “Office Hours” is a photograph of a cup of tea and an art history book, the artists’ toes barely visible at the edge of the frame. Bovey Lee‘s cut paper work “Petition for a Nonimmigrant Worker” is a photo transfer of the artist’s own immigration paper work, incised with sea imagery.

Some artists in the exhibition use themselves as subject, but not always in the vain of self-portraiture. Jennifer Greenburg works with vernacular found photographs, but replaces the subject with herself, blending cultural narratives with the personal. Jonathan Calm uses his own body in “Double Vision: (Recording I)”, but the work expands beyond the self-portrait: his vulnerable figure lies on the pavement, a camera lens in his mouth recording footage of police brutality against black bodies.

Complimenting these non-traditional approaches are more traditional portraits. In some, artists render other artists in what feel like gestures of mutual admiration – Robert Arneson of Viola Frey, Rupert Garcia of Picasso, and Henry Wessel of Dennis Gallagher. In others, the artist looks directly at his subject, as in Dawoud Bey‘s close-up portrait “Girl with a Knife Nose Pin”, or directly at themselves, as in Thomas Ruff‘s “Self Portrait”.