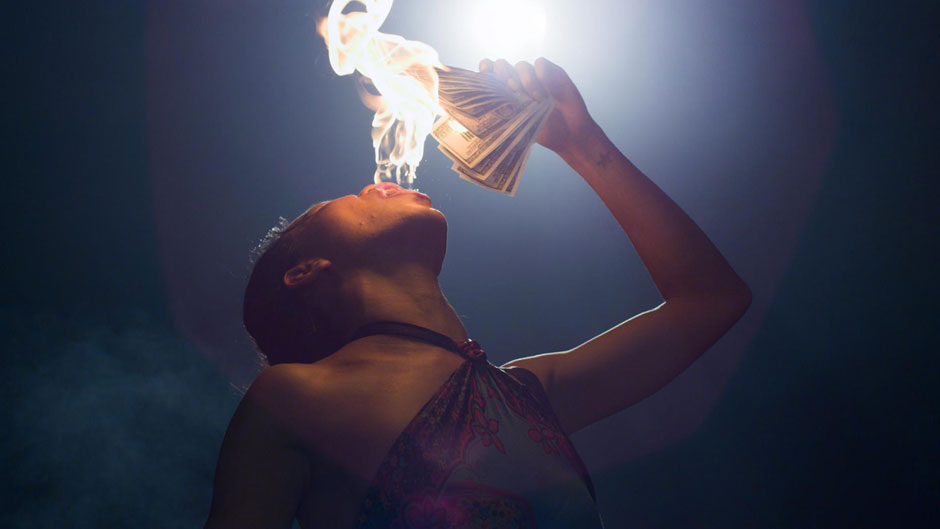 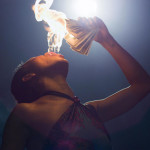 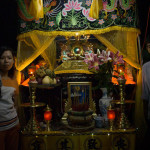 James Cohan is pleased to announce the opening of an exhibition by The Propeller Group. The exhibition presents the New York premier of “The Living Need Light, The Dead Need Music”, a film work originally created for “Prospect.3” New Orleans biennial in 2014. Also on view is “The AK-47 vs. The M16” presented at Venice Biennale in 2015. This is the artist collective’s first exhibition at James Cohan.

Founded in 2006, The Propeller Group (TPG) is a collaboration between three multi-disciplinary artists based in Ho Chi Minh City and Los Angeles; Phunam, Matt Lucero and Tuan Andrew Nguyen. Their multimedia works use the languages of advertising and politics to initiate conversations about power, propaganda and manipulation, especially as they relate to fallen Communist dictatorships and the rapid rise of capitalism in Vietnam and beyond. TPG became well-known for their 2011 advertising parody “Television Commercial For Communism”, included in the New Museum’s “Ungovernables” 2012 Triennial exhibition. Consistently, their work crosses traditional lines between art and mainstream media. They explain, “We like to play. We align ourselves with different cultural producers. We like to let ourselves get ingested into the bellies of big social beasts such as television, advertising, or the various manifestations of pop-culture.”

Among the most notable works included in “Prospect.3” New Orleans, “The Living Need Light, The Dead Need Music” (2014) borrows its title from a Vietnamese Buddhist proverb, which calls for the playing of celebratory music for the dead. The film, shown in the main gallery, follows several funeral processions led by brass musicians and a cast of surreal characters including spiritual mediums, professional criers and street performers that turn the mourning ceremonies into euphoric rites of passage. Tapping into the similarity between funeral processions in Vietnam and New Orleans—they are both led by brass bands, TPG explores, “the elusive butterfly effect—the theory of ‘non-locality,’ whereby two distinct phenomena affect each other across a vast expanse of space and time.”

In the back gallery, the work “The AK47 vs. The M16” (2015) explores the history of two assault rifles (Soviet-made and US-made) born during the Vietnam War. These almost identical weapons represent the philosophical paradox inherent in the notion of opposing sides, as during the Cold War and Vietnam War. In a highly controlled environment overseen by ballistics experts, an AK47 and a M16 rifle were aimed at each other and triggered simultaneously to discharge their ammunition into a gelatinous block. The block is made specifically for ballistic testing to mimic the density of human tissue. The sculptures capture the moment of impact of the two bullets in what the artists refer to as the “stalemate of a moment… like a freeze frame.” The entire project is comprised of 21 unique sculptures each featuring a collision of two bullets inside a block and a video filmed at 100,000 frames per second.

In June 2016, TPG’s first survey exhibition will open at MCA Chicago and will travel to the Blaffer Art Museum, Houston, and the Phoenix Art Museum. The exhibition is curated by Naomi Beckwith and has an accompanying catalog.

In addition to TPG’s work as a collective, each member is involved in their individual pursuits. Phunam (b. 1974) was trained as a restorer of Khmer and Vietnamese stone and bronze antique sculptures. He is a self-taught cinematographer who has produced television commercials, music videos, documentaries, short films and television dramas. Matt Lucero (b. 1976) has a background in physics and received his MFA from the California Institute of Art and has been widely exhibited. Tuan Andrew Nguyen (b. 1976) received an MFA from the California Institute of the Arts and is one of the founders of San Art, an artist initiated exhibition space in Ho Chi Minh City.