The Same For Everyone 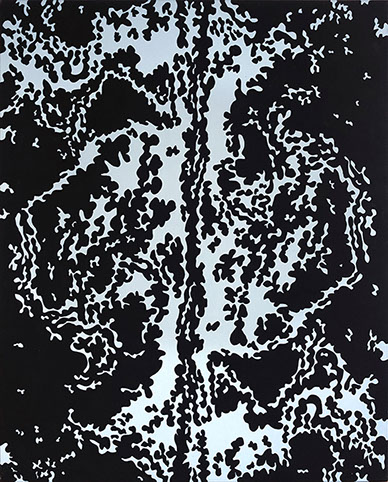 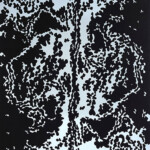 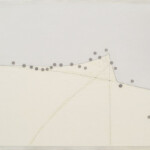 Taking a cue from Nathan Coley’s seminal text work, currently on display in London as part of ‘Sculpture in The City’, Parafin’s summer programme creates a series of shifting dialogues and encounters between works by the artists the gallery represents. Coley’s work highlights the ambiguity of language, and can be read as a statement of fact, an exhortation, a critique or even a lament, and this series of staged encounters will be similarly open. Multiple potential meanings are produced by changing contexts. Every week a different group of works will be placed ‘in focus’ in the front part of the gallery’s main space, while the rest of the gallery will be given over to an ongoing group hang.

The first encounter is between a group of Melanie Smith’s ‘diagram paintings’ and Tim Head’s seminal 1980s painting, “Frozen Planet” (1988). In these works Head and Smith explore the role of information in shaping (and perhaps distorting) our world views. Smith’s paintings present anonymous diagrams shorn of all data referents and Head’s work utilises satellite imaging of the oceans. Lacking any context, the images become abstracted yet also ominous.

Tim Head studied with Richard Hamilton and Ian Stephenson at the University of Newcastle-upon-Tyne 1965-69 and then with Barry Flanagan at St Martin’s in London 1969-70. In 1968 he spent time in New York working as assistant to Claes Oldenburg and met leading figures in the Conceptual Art movement, including Robert Smithson and Sol Lewitt. In 1971 he worked as an assistant to Robert Morris for his exhibition at the Tate Gallery.

Head first came to prominence in the early 1970s with a series of ground-breaking installations at the Museum of Modern Art, Oxford (1972) and the Whitechapel Art Gallery (1974) and participation in important group shows including the 8th Paris Biennale, Musée D’Art Moderne de la Ville de Paris (1973), ‘Arte Inglese Oggi’, Palazzo Reale, Milan (1976) and Documenta 6, Kassel (1977). Head represented Great Britain at the Venice Biennial in 1980 and won the John Moores Painting Prize in 1987.