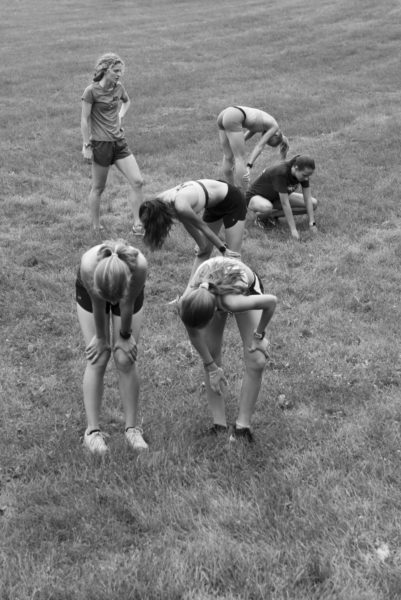 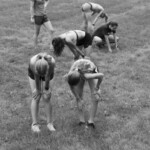 “The Second Body” brings together the work of 8 artists whose practices explore the body via examinations of landscape, labor, time, and ritual.

The show’s title is drawn from Daisy Hildyard’s essay of the same name, in which she proposes that “every living thing has two bodies” – the personal body, which we inhabit in our daily life, and the “second body”, which is “not so solid as the other one, but much larger”. This second body is our physical existence as it extends beyond the contours of our own skin, one that is implicated in a broad network of ecosystems.

In this exhibition, Hildyard’s writing acts as a point of departure to help us understand, in her words, “how we see our bodies now”. In various forms of compositional abstraction, each artist uses the physicality of the body to address the themes of labor, production, and our relationship to our environment.

Zarouhie Abdalian presses a raw handful of clay against the motor of a car engine in her pieces “Clutch (v)” and “Clutch (xi)”. On one side of each sculpture, the motor’s contours are visible, while impressions of Abdalian’s hand and fingerprints are discernible on the other. Through this process, the clay resembles an internal organ. The outlines of nuts and bolts and Abdalian’s own fingerprints speak to the complexities intrinsic to both industrial and artistic production.

Erica Baum, like Abdalian, looks at labor through bodily form in two pieces from her “Patterns”series. In these photographic works, made with images of templates for the home tailor, we see instructional directions – the signs and symbols of an abstract language – which also mark an absence of the body. These patterns do not hang over a visible form; instead, the three-dimensional is flattened into a two-dimensional surface that, with its creases and folds, becomes a poetic map of figure and landscape.

Stefanie Victor‘s “Untitled (for Johanna)” pieces are named for Johanna Walther, ex-wife and lifelong fabricator of Franz Erhard Walther’s cloth works. Suggestive of folded clothing as much as painting or sculpture, Victor’s work addresses an unseen maker and haptic processes. Her “Untitled” metal sculpture is evocative of the body while also referring to architectural ornament or hardware. Fitting into but protruding from the corner, made imperfectly by hand but comprised of sharp edges reminiscent of industrial objects, its presence might feel alternately intimate and assertive.

Sam Contis‘s three photographs – “Intervals”, “Spikes (Fig.8)”, and “Yellow Landscape” – show the shapes and gestures of bodies at work. In an ongoing series that explores time, labor, practice, and individual vs. collective identity, Contis’s somatic studies of a high school girls’ cross country team could simultaneously be dance stills, articulating the positioning of hands, arms, and legs, and tracing lines within and between the body and its environment.

Brie Ruais‘ “Topology of a Garden, Northeast, 135 lbs” was made on a pathway in her garden. Made from pressing her body weight in clay into the landscape of her own backyard, Ruais’ work carries with it the history of its making. Traces of the artist’s hands and body combine with the outlines of vegetative matter to create a new topography. As with other works in the show, there is a choreography in its abstracted gestures. Ruais’ use of color resembles a geologic map, while also alluding to a blushing or bruised body, colored by its efforts.

Carly Steinbrunn‘s works, “Bacteria” and “Study of Moving Elements”, reference geology and nature while also responding to the ways in which we move through the world. In Steinbrunn’s photographic abstractions we see ecosystems at work on both micro- and macro-levels. The images play with the nature and scale of photographic representation and speak to the complex relationships between the visible and invisible, impelling the viewer to construct new narratives.

Ulrike Müller‘s paintings explore the relationship between abstraction and representation, using various materials, forms, and techniques. The works on paper in the show, which reference the garden, are drawn from Müller’s study of gesture and form, collaboration and exchange. Each piece is a record of Müller’s engagement with the natural world and her ongoing interrogation of the image, both in terms of the process of its making and its cultural implications.

Trisha Brown‘s dance piece, “Water Motor”, shows the body in constant motion. In this video recording, Brown performs the same dance twice – in one take from the front and one take from the side – as the camera zooms in and out. A second body appears in the editing process as the two dances are at times slowed and super-imposed. The piece’s title suggests two intersecting forces – geologic and industrial – that combine to produce a powerful series of motions.

From Abdalian’s intimate clay impressions to Steinbrunn’s macro view of chemtrails in the atmosphere, we see traces of our own bodies at work, in Hildyard’s words, “across scales”. In order to see our two bodies at the same time, she suggests, we have to start from a close vantage point – the individual perspective­ – to be able to understand what we have “put outside of ourselves”. The artists presented here show us the reflections of ourselves in our environments and the ways in which larger worlds and networks come to shape our individual identities.