Theaster Gates – But To Be A Poor Race 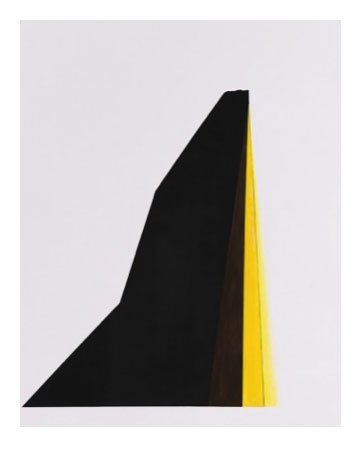 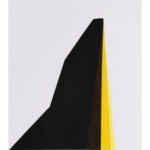 Regen Projects is pleased to present its first exhibition with Theaster Gates. Gates is internationally renowned for his cross-disciplinary practice that spans sculpture, painting, sound, and performance. Featuring all new works, many of which will be created on site, this exhibition marks the artist’s continued investigation into the relationship between visual politics, shamanism, and object making.

The title of the exhibition refers to American sociologist and civil rights activist W.E.B. Du Bois’ seminal work “The Souls of Black Folk”. Comprised of 14 essays that portray the genius and humanity of the Black race, this publication is considered an important work in sociology and African American literary history. Inspired by Du Bois’ sociological studies on the advancements of Black Americans from the time of Emancipation to 1900, the exhibition will feature a series of response paintings in which the statistical data gathered and made visual by Du Bois has been reduced to abstract color fields and geometric motifs. Both an act of homage to Du Bois’ sophisticated Modernism as well as a reference to the history of art, Gates’ paintings give poetic form to the archival.

“But To Be A Poor Race questions a particular kind of poverty, one that is not just about a lack of economic capital but one that is deprived of the basic elements from which one can make a living,” says Gates. For Gates, sculpture – as a derivative of the minor arts, craft, or the decorative and plastic arts – has been an important historical invention. Throughout Gates’ artistic career and especially during his time at the University of Cape Town in South Africa, the need for divine acts to have material and human vessels has undergirded his investigations. The exhibition begins to demonstrate Gates’ thoughtful handling of sometimes imagined African reliquary objects and other historic Black forms, referencing the power that can be honed from ‘poor’ materials. But To Be A Poor Race offers a salute to the possibility of power and beauty.

Gates has held a longtime interest in the conservation, preservation, and archiving of cultural objects, artifacts, publications, films, and music. Part of a larger ongoing project that Gates has overseen is the amassing of Jet magazines, a weekly digest that ran in print form from 1951-2014 from the Johnson Publishing House. Featuring profiles and news stories on important African Americans, the publication also covered the civil rights movement and served as a beacon of upward mobility and inspiration for its readers. Representing an interrogation of the archive, the exhibition will include poems written by Gates and printed along the spines of bound volumes of Jet magazines, forming a catalog of Black thought. Arranged at eye level on the gallery wall, Gates envisions that when the poems are read aloud by its readers, their voices will create a cacophony of sound, chanting the mantra of Black political thought and street poetry of the late 90s.

Also on view will be the debut of a new video work entitled “Sweet Land of Liberty”. Depicting a performance featuring Gates and the experimental music ensemble The Black Monks of Mississippi, the video playfully references the American patriotic song “My Country”, ‘Tis of Thee and combines diverse musical traditions ranging from Spirituals to Rock to ask questions about the state of our political environment and the role of artists in our society.

Serving as a marking point of artistic and formal reflection, the sculptures, paintings, and video on view in the exhibition present Gates’ recent inquiries into the role of painting, history making, the power of material culture, and the polemics of patriotism.

Born in 1973 in Chicago, Illinois, Theaster Gates received a master’s degree in urban planning, ceramics, and religious studies from the Iowa State University (2006). He lives and works in Chicago.

Gates has been the recipient of numerous awards, including the Kurt Schwitters Prize (2017); Smithsonian Ingenuity Award for Social Progress (2015); the Artes Mundi 6 Prize (2015); the inaugural Vera List Center Prize for Art and Politics (2013); United States Artists Fellowship (2012); Graham Foundation Architecture Award (2012, 2009); and Artadia: The Fund for Art and Dialogue Award (2008). He is the founder and executive director of the non-profit Rebuild Foundation and Professor in the Department of Visual Art at the University of Chicago.